It was in Amsterdam 1928 that India started its uninterrupted reign over the world of hockey for the next two decades. The Indians won their first ever Olympic gold in field hockey by beating Holland 3-0. Of the 29 Indian goals scored at Amsterdam, Dhyan Chand had scored 14. Though the colony had won in Europe, the colonizer was absent. In fact, there was a rumour in Olympic circles that England had initially entered a team for the Olympic hockey competition at Amsterdam. According to this rumour, after the 4–0 drubbing they received at the hands of the Indians on the eve of the Olympics, the English were scared of losing on an international stage to their ‘colony’ and withdrew from the event. This belief was wide-spread enough for Dhyan Chand to refer to it in his recollections, “I reiterate that this is mere hearsay (that England dropped out of the Amsterdam Games fearing the Indians), although we fondly hoped that at least in future Olympics we would have the honor of meeting Great Britain and showing them how good or bad we were. It is my regret that this hope was never realized so long as I participated in Olympic events.” 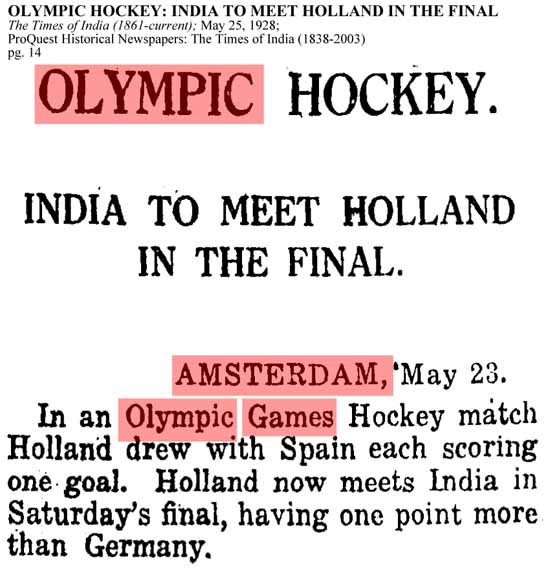