Anwar who was expelled from the Congress in 1999 along with Pawar and P.A. Sangma after they questioned the foreign origins of Sonia Gandhi. 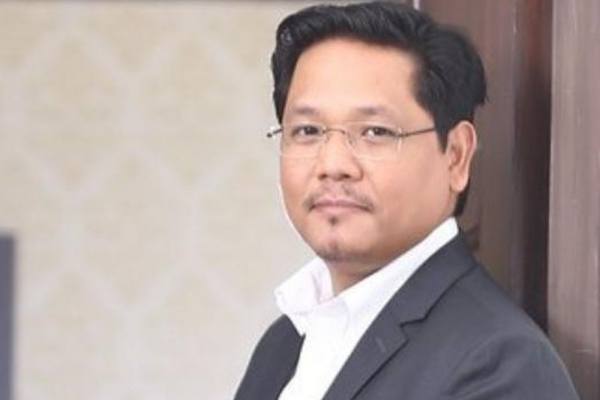 Not Just Carrying On Father's Legacy, Meghalaya's New Chief Minister Conrad Sangma Comes Into His Own

Conrad Sangma, 40, son of former Lok Sabha Speaker PA Sangma, took charge of the NPP after his father's death in March 2016 and projected it as the main contender against the Congress, which had ruled the state for 10 years.

The Fall Of Purno Sangma

The former Lok Sabha Speaker managed to sink both his former party, the NCP, and his present party, NPP, in Meghalaya, where Assembly election results were declared on Thursday.

Now that the Presidential election is over, it is time to explore if the electoral process needs some tweaking.

Jagan has got to be the most visited under-trial in Chanchalguda jail. If it is not Owaisi on behalf of Pranab, it is Sangma (though denied permission)

Jayalalitha's party candidate may have won the Pudukottai bypoll by 1,01,998 votes but DMDK Chief Vijayakanth says he's not defeated because his candidate retained his deposit, winning 30,500 votes...

Permanent defiance is a defining characteristic of Mamata and it will come to the fore sooner rather than later, even if she's thawed, as far as the presidential polls are concerned, by Pranabda referring to her as “almost like my sister”

How Not To Elect A President

What explains the endorsement to Purno Sangma's name by Naveen Patnaik of Odisha and Jayalalithaa of Tamil Nadu, who have asked other political parties to “rise above politics” and support his candidature?

'Mr. Prime Minister, You Should Not Be So Humble'

The ex-speaker of Lok Sabha thinks that Musharraf did not return empty-handed for himself.

Beneficiaries register for Covid-19 vaccine dose, at a government hospital in Jalandhar.

Students attend a class at a government school in Prayagraj.