Asserting that despite attempts by the Opposition to spread confusion and lies, people's faith in the BJP and his government have remained "unshaken", Narendra Modi on Monday said the party returned to power with a bigger mandate in the 2019 Lok Sabha polls despite its rivals fighting with their full strength.
Narendra Modi New Delhi BJP National
more videos >>
THE LATEST ISSUE 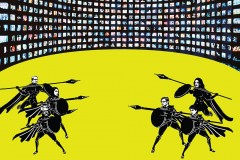