Not Even Worth The Paper It Was Written On: MEA On Pak's J&K Letter To UN

Ministry of External Affairs Official Spokesperson Raveesh Kumar cleared India’s stand on letter by Pakistan Minister Shireen Mazari to the United Nations. He said that the letter is not even worth the paper on which it was written. “Don’t want to give credence to it by reacting,” said Kumar. Pakistan’s Federal Minister for Human Rights Shireen Mazari, in a letter on the withdrawal of Articles 35A and 370 in Jammu and Kashmir, addressed to multiple UN officials. He quoted Rahul Gandhi as saying that people were “dying” in Jammu and Kashmir.
Ministry of External Affairs (MEA)  India-Pakistan National
more videos >>
THE LATEST ISSUE 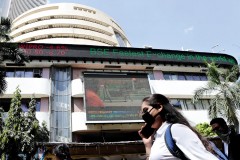