Bihar Woman Allegedly Tries To Sell Her Children For Rs 50,000

A woman from Bihar's Nalanda tried to sell her 2 children. She is suffering from tuberculosis. After the media reports, she has been admitted to a hospital. As soon as I got to know about it, I admitted her at the hospital. Her children are suffering from malnutrition; they have also been admitted at the hospital. All of them are receiving medical treatment. The woman's husband had left her and she is very poor, told Hospital Manager Surjeet Kumar
National
more videos >>
THE LATEST ISSUE 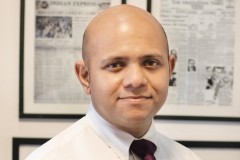