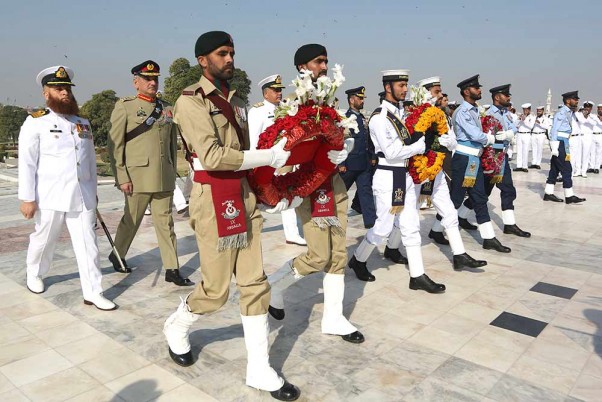 A contingent of the Pakistan armed forces carries bouquets during the ceremony to mark the anniversary of the birth of Mohammed Ali Jinnah, founder of Pakistan, at the Jinnah mausoleum in Karachi, Pakistan. 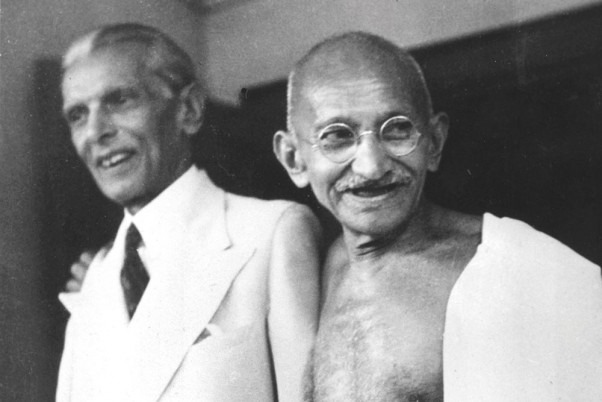 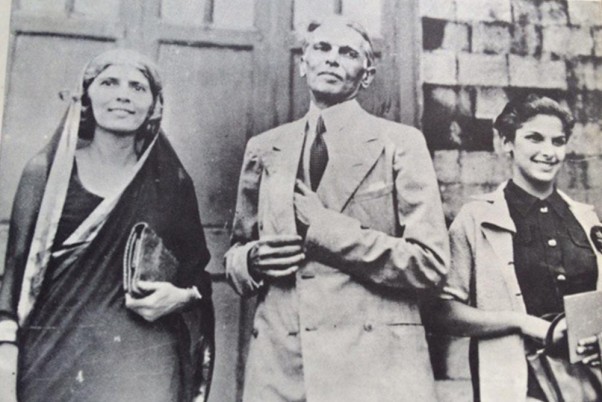 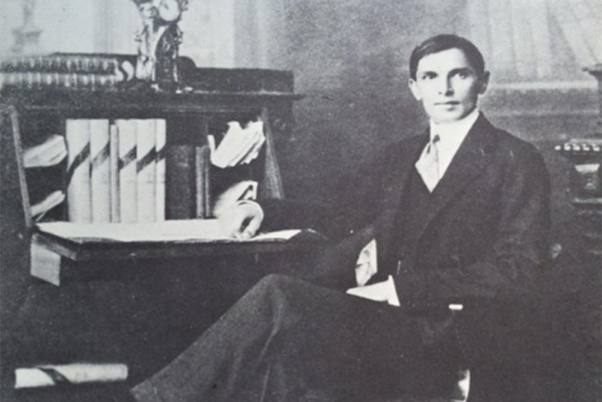 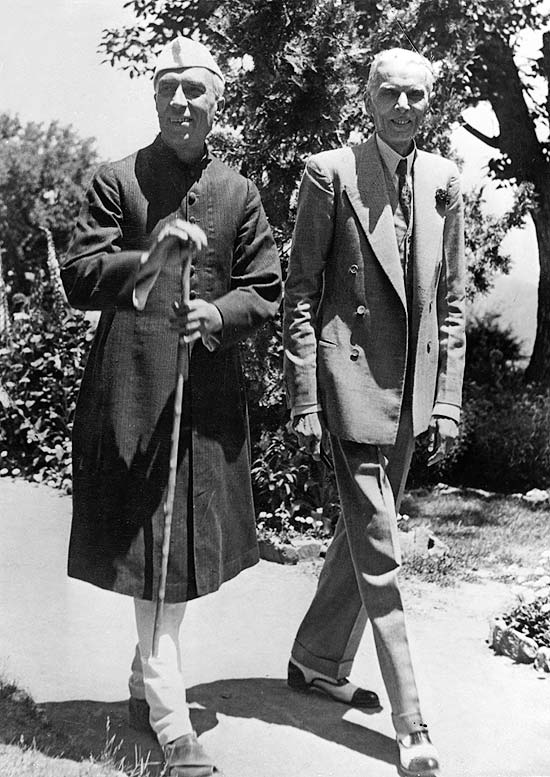 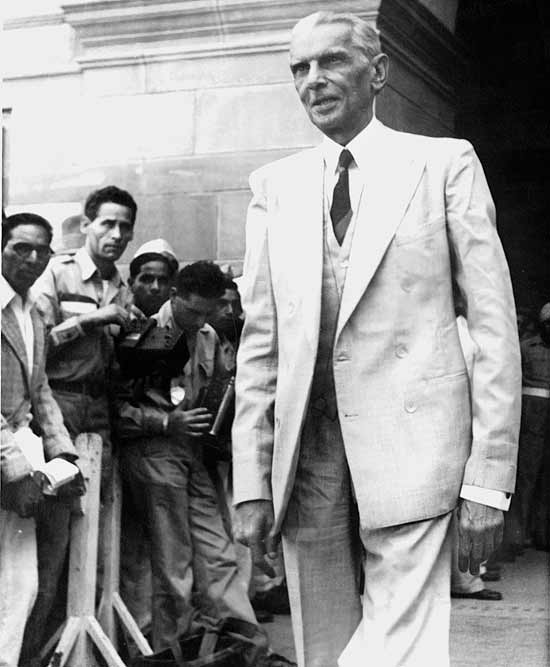 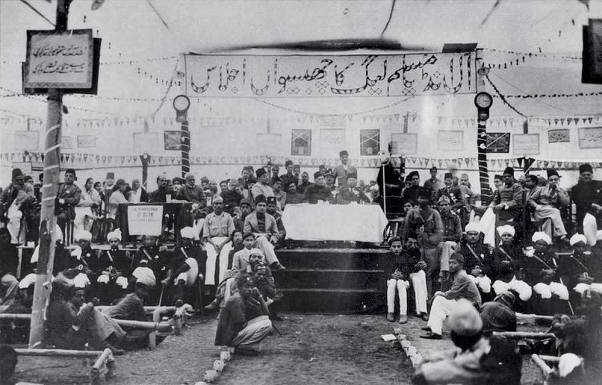 File Photo of Muhammad Ali Jinnah (centre) seen sitting during the 26th Annual Session of the All-India Muslim League in December 1938 at the Lawn (now Gandhi Maidan) in Patna. 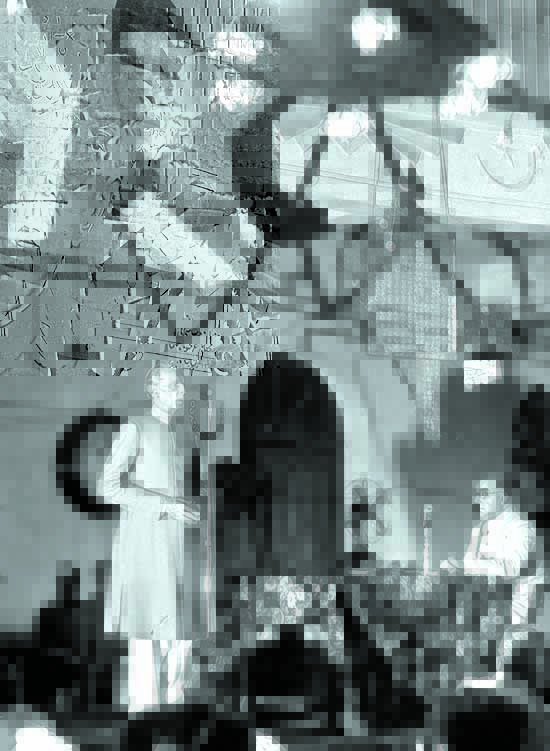 Ideas into words At a Jan 1, 1946, press conference, Jinnah announces his intention to create Pakistan 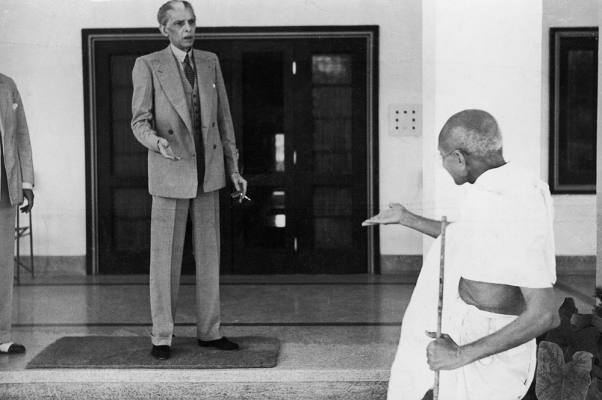 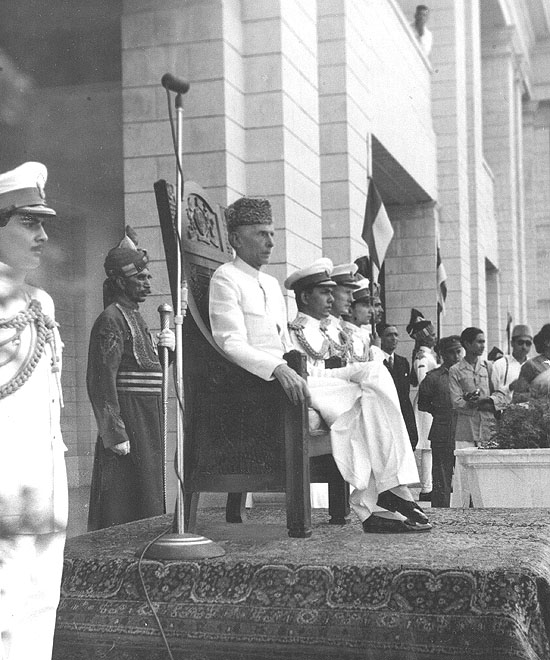 Unity dreams deferred Jinnah after being sworn in as Pakistan’s head of state on August 14, 1947 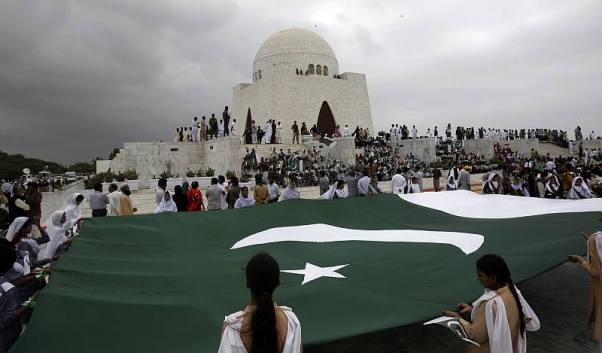 Students hold a huge Pakistani flag at mausoleum of Mohammad Ali Jinnah, the founder of Pakistan to mark Independence Day, in Karachi, Pakistan. 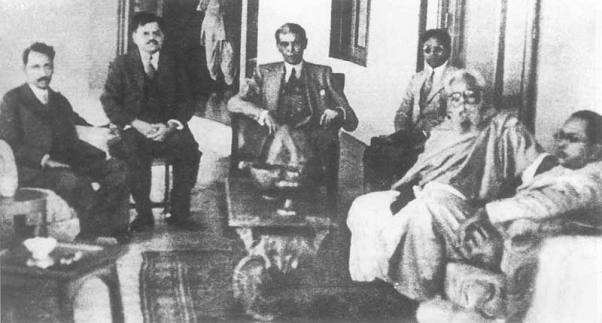 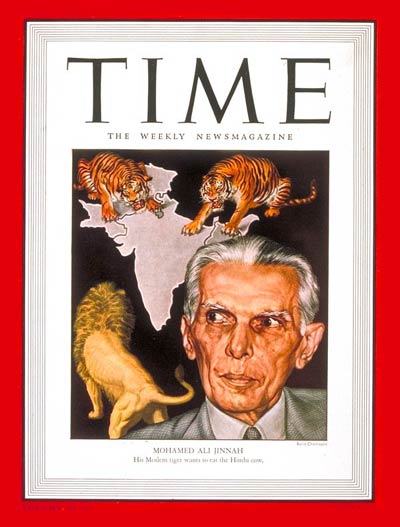 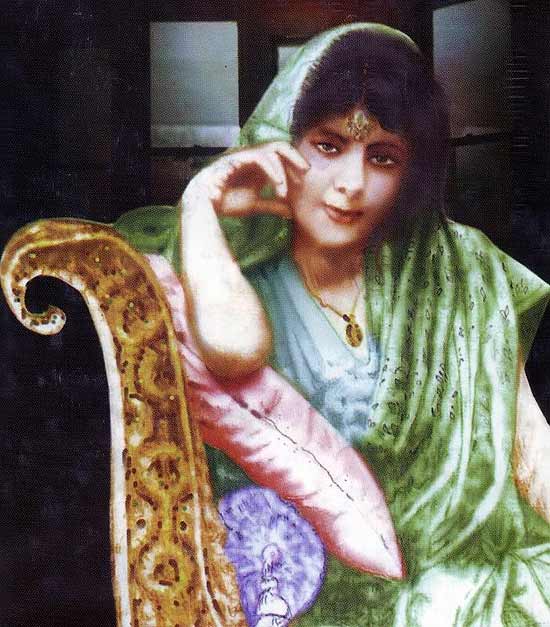 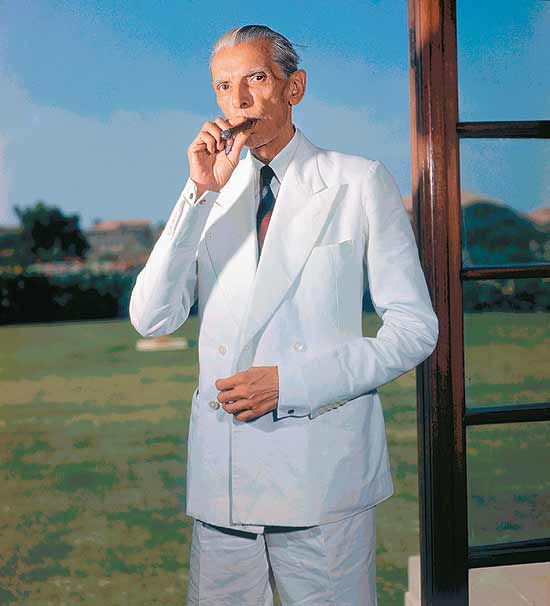 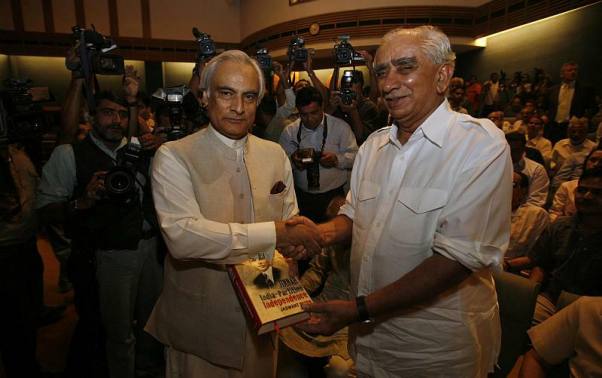 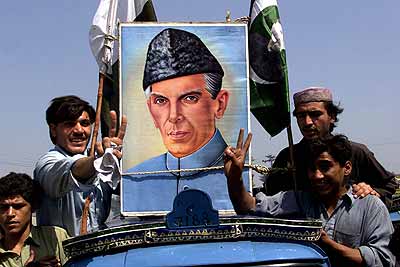 Protesters with a portrait of the father of Pakistan Qauid-e-Azam Mohammed Ali Jinnah display the sign of peace at a rally in solidarity with the Pakistani government in Peshawar, Pakistan. 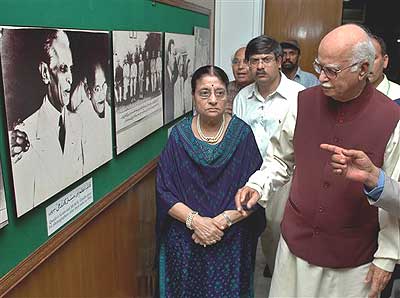 Saturday 4 JuneL.K. Advani's visit to Pakistan truly proved to be historic. Three days after terming the 1992 Babri Masjid demolition as the "saddest day in my life", visiting BJP President L K Advani paid homage at the mausoleum of the founder of Pakistan, Mohammad Ali Jinnah, becoming the seniormost Indian politician ever to do so since Partition. "There are many people who leave an inerasable stamp on history. But there are a few who actually create history. Qaed-E-Azam Jinnah was one such rare individual," he wrote in the visitors' book at the mausoleum, which he visited with his family amidst unprecedented security. He also recalled that freedom fighter Sarojini Naidu had described Jinnah in his early years as an 'Ambassador of Hindu-Muslim Unity' and went on to say, "Jinnah's August 11, 1947 address to the Constituent Assembly of Pakistan was really "a classic, a forceful espousal of a secular state in which while every citizen would be free to pursue his own religion, the state should make no no distinction between one citizen and another on grounds of faith. My respectful homage to this great man." 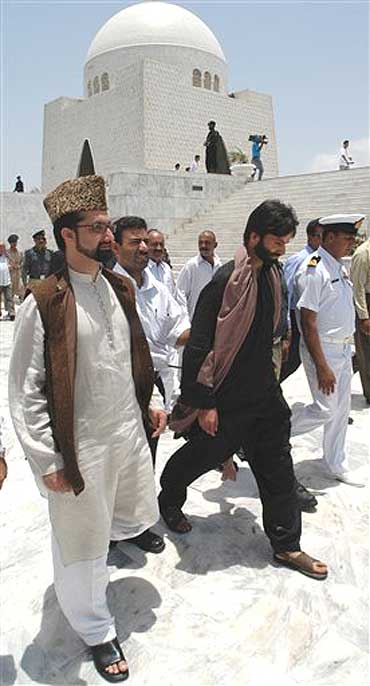 Thursday 9 JuneHurriyat Conference leader Mirwaiz Umar Farooq and JKLF chairman Yasin Malik leaves the mausoleum of Qaid-e-Azam Mohammad Ali Jinnah after paying tribute in Karachi. Endorsing President Pervez Musharraf's assertion that "religion cannot be the basis for resolving the Kashmir issue", the moderate Hurriyat faction said it favoured division of Kashmir on "geographical grounds" to settle the problem. In an interview to Pakistani newspaper Daily Times Mirwaiz said "We don't want Kashmir to lose its identity and integration. We don't want to further separate Hindus, Buddhists and Muslims". The Mirwaiz has now propounded a new concept for resolving the Kashmir issue - one of the 'United States of Kashmir' in which people would be able to move freely. 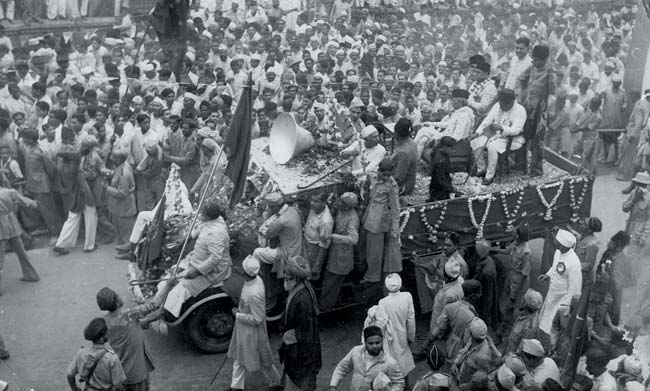 Nation Maker
Jinnah, sitting on a sofa like a modern potentate, surveys the scene from atop a truck at a procession in Allahabad in the 1940s, during a Muslim League session 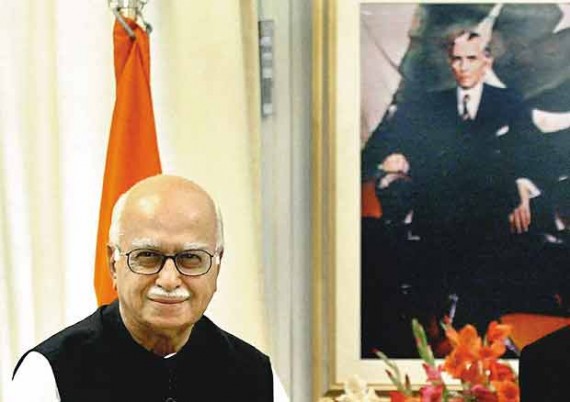 The crisis in the NDA, particularly the BJP was exemplified by LK Advani's passage to Pakistan and the whole Jinnah controversy. And as the BJP's Young Jerks refused to play ball, he got into a funk and a flap and squabbled with such varied personages as the RSS's K.S. Sudarshan, and his own party's Yashwant Sinha and Madan Lal Khurana. He refused to apologise, called himself Arjuna (presumably the RSS were the Kauravas?), tried redefining the BJP and moderating its ideology, said the relationship with the RSS was not umbilical but 'symbiotic', but the Sangh cut him no slack, and finally came his decision to quit in December. If there were highs of the NDA win in Bihar, Uma Bharati soon put cold water on it all, and called him as one of the two pilots of the hijacked plane that had been hijacked by four terrorists, and then came the shame of candid camera that not only took the focus away from NDA's offensive on Volcker, but also showed how low the party with a difference has sunk.

A medic administers a dose of Covid-19 vaccine to...

Prime Minister Narendra Modi at the launch of...