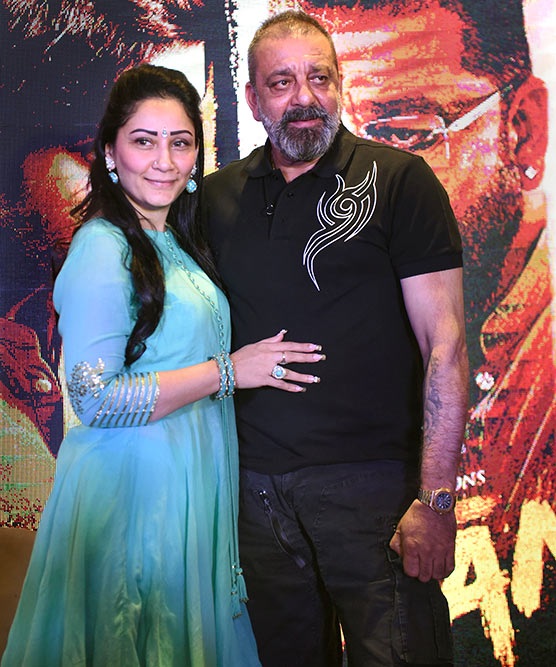 Bollywood actor Sanjay Dutt and his wife and producer Manyata Dutt during a promotional event for their upcoming film 'Prasthanam' in Lucknow. 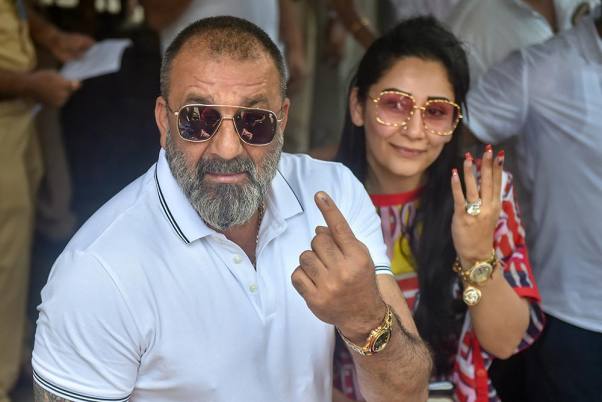 Bollywood actor Sanjay Dutt and his wife Manyata Dutt show their ink-marked finger after casting vote during the 4th phase of the 2019 Lok Sabha elections, at a polling station in Mumbai 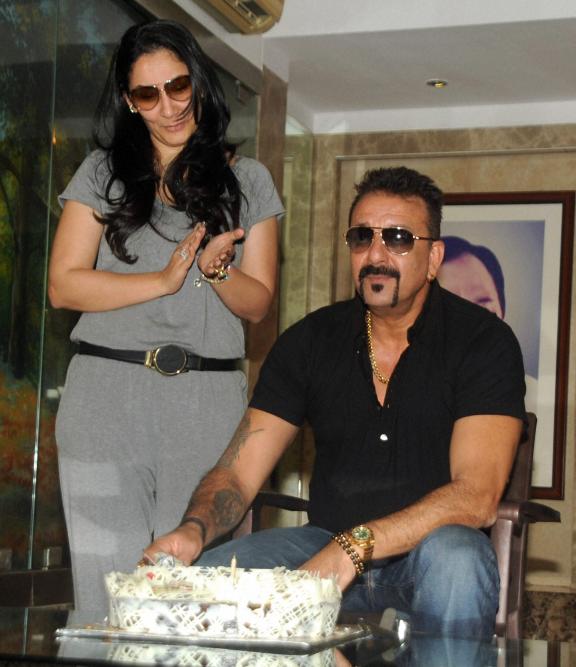 Sanjay Dutt with wife Manyata Dutt celebrates his 57th birthday at his residence in Mumbai. 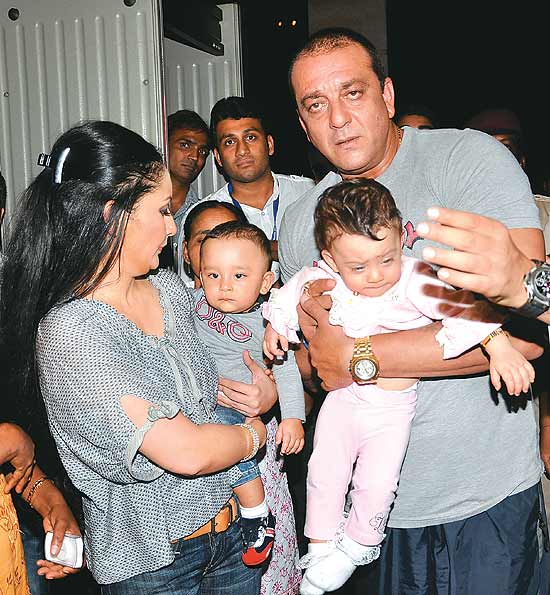 Twice As Nice Amid all the hullabaloo surrounding the expectant (at least one is) A-list stars of Bollywood, it’s Sanjay Dutt’s new brood that has managed to draw the most ‘awww’s out of celeb-watchers. If the frenzy that shutterbugs seem to go into whenever the Dutt twins are paraded out for their paparazzi dates are any indication, what lies in store for the Bachchan khandaan post-stork visit might be the stuff parents have nightmares about. 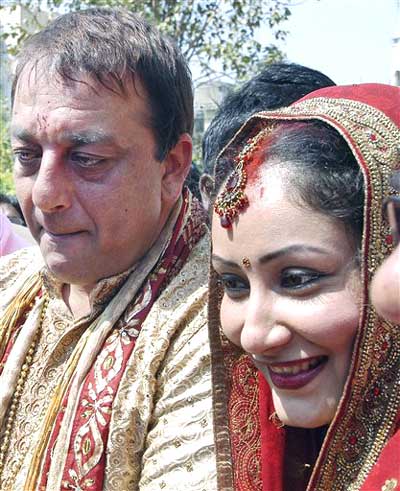 Munnabhai's troubles just never seem to end. Now a Mumbai court has directed the Mumbai police to submit by February 25 its report on inquiry into one Meraj-ur-Rehman's claim that he is the first husband of Manyata, whose marriage to Sanjay Dutt had already been in the centre of a controversy. Meraj, who is in police custody for sending obscene messages to Bollywood actresses, has in a written complaint to the Bandra metropolitan magistrate contended that Manyata's marriage to Sanjay Dutt February 11 was illegal, as he has not divorced her yet. Sanjay and Manyata first had a registered marriage in Goa and then a Hindu ritual marriage in Mumbai. However, the Goa district administration last week had ordered re-examination of the marriage registration papers. For a registered marriage in Goa, at least one person must be a Goa resident for a minimum six months. When Goa authorities learnt that the domicile certificate Manyata submitted was false, they served a show-cause notice on her last week and asked her why this certificate should not be cancelled. Manyata has sought a fortnight's time to file her reply to the notice. 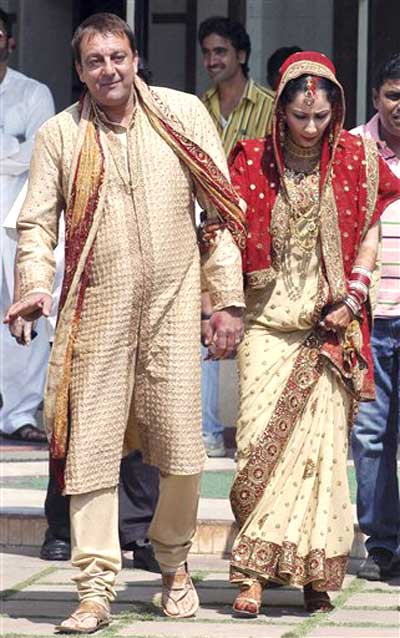 Monday February 11, 2008
Will they be third time lucky? Well, we certainly hope so. Sanjay Dutt and his new bride Dilnasheen Amir Ahmad Sheikh aka Manyata come out of the latter's residence after their marriage in Mumbai on Monday, Feb. 11, 2008.

President Ram Nath Kovind lits a lamp during a...