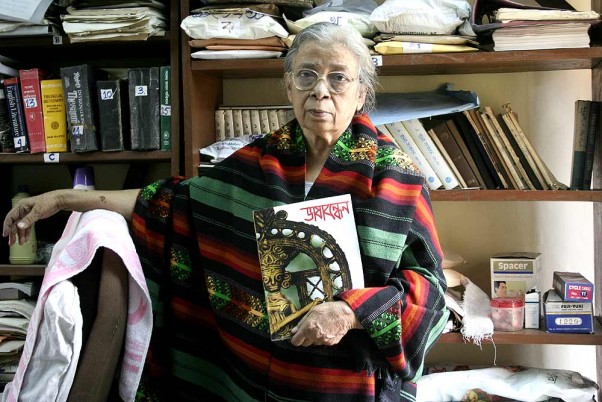 Mahasweta Devi, whose story Pterodactyl is set in Abujmarh, in Chhattisgarh 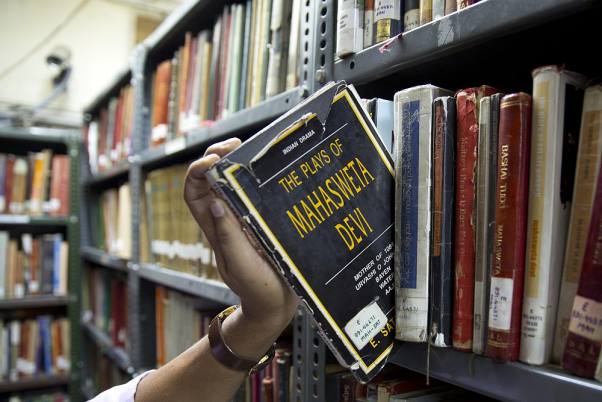 A librarian of the Sahitya Akademi Library shows a book written by Mahashweta Devi, in New Delhi. 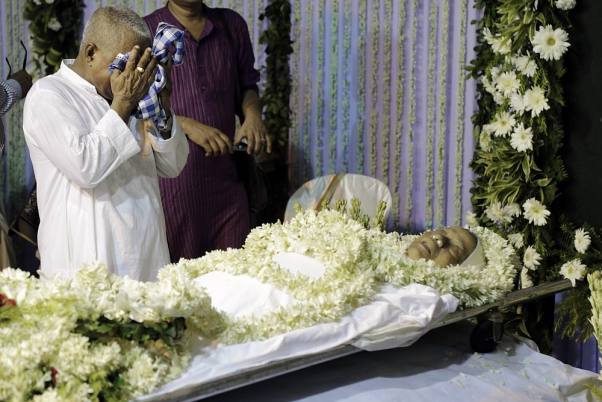 A man cries near the body of writer and social activist Mahashweta Devi in Kolkata. 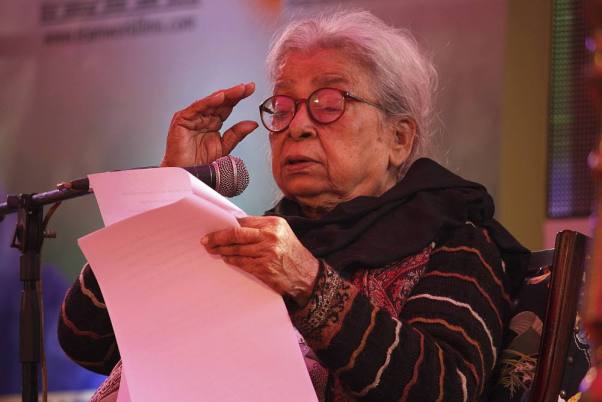 Mahasweta Devi delivers the keynote address during the opening of Jaipur Literature Festival. 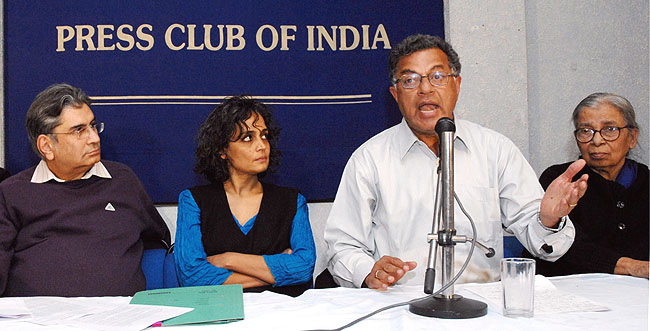 Wednesday February 13, 2008
(From Left) Outlook Editor-in-Chief Vinod Mehta, writer Arundhati Roy, playwright and actor Girish Karnad and writer Mahasweta Devi during a press conference of the Forum for the Protection of Free Speech and Expression in support of Bangladeshi writer Taslima Nasreen in New Delhi on Wednesday. PTI Photo 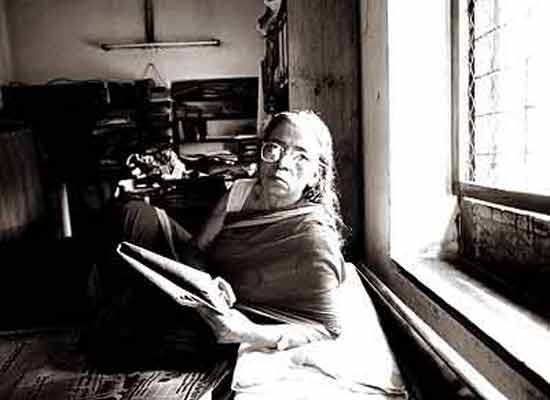 Wednesday 25 January
As usual, the debate rages on: Is it time to do away with Padma awards? The list of awardees is up to 106 from 96 last year and 86 in 2004. Sania Mirza got a Padma Shri. No one got the Bharat Ratna, the highest honour, for a second consecutive year but among the nine conferred with the second highest civilian honour, the Padma Vibushan, were included names that none would disagree with: Film Director Adoor Gopalakrishnan, renowned author Mahasveta Devi and noted social worker Nirmala Deshpande.