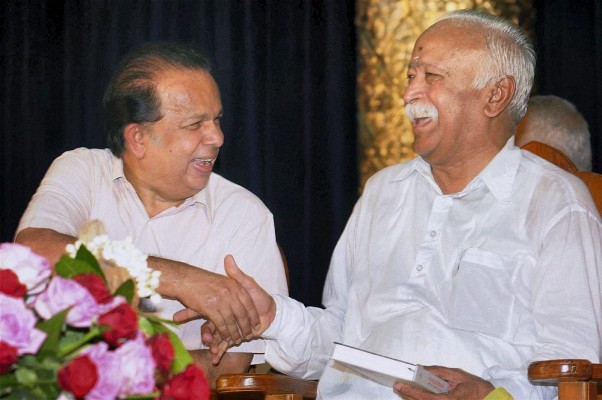 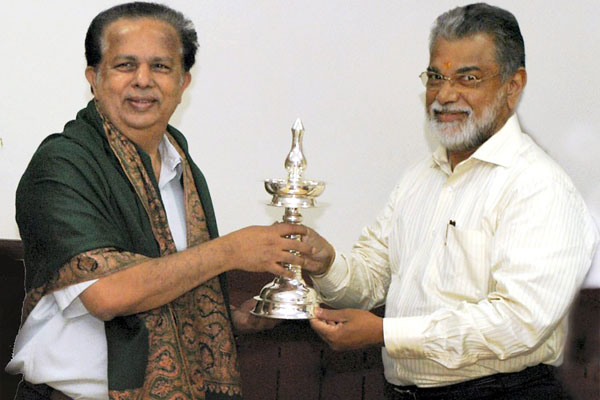 New ISRO chief K Radhakrishnan presents a memento to his predecessor G Madhvan Nair after assuming his office in Bangalore. 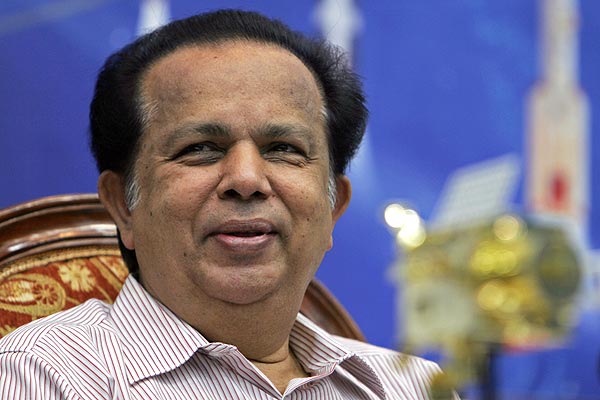 ISRO chief, Madhavan Nair looks on during a press conference at ISRO headquarters in Bangalore. Three different space probes found the chemical signature of water all over the moon's surface, surprising the scientists who at first doubted the unexpected measurement until it was confirmed independently and repeatedly. Data from the Moon Mineralogy Mapper, an instrument created by NASA and placed aboard the lunar satellite Chandrayaan-1, helped in confirming the presence of water molecules on the moon's surface.