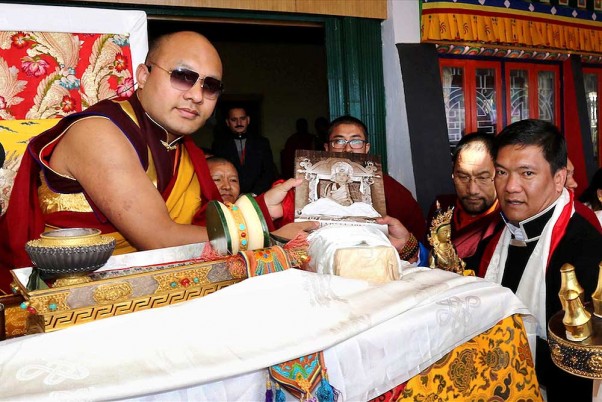 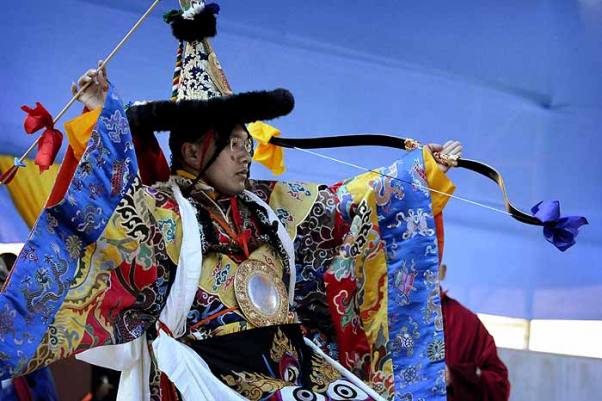 The 17th Karmapa Ogyen Trinley Dorje performs the sacred Vajra dance in Bodh Gaya. This dance is traditionally held on the concluding day of an intensive ritual cycle of Mahakala, performed annually at the close of the Tibetan New Year to clear obstacles and bring the year to an auspicious close. 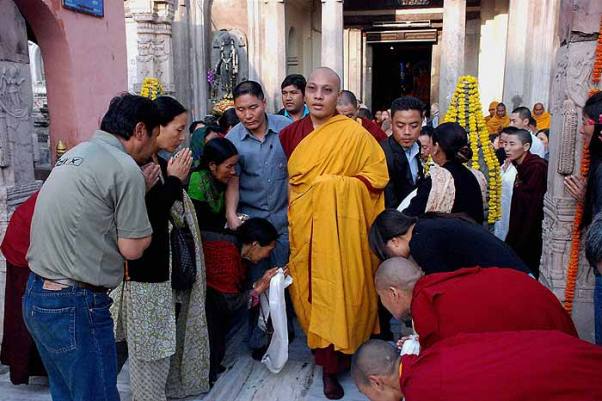 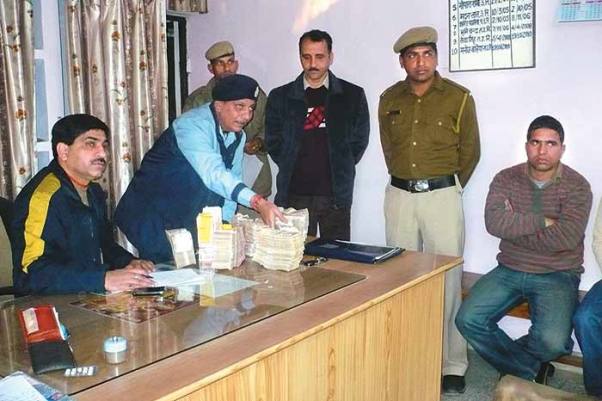 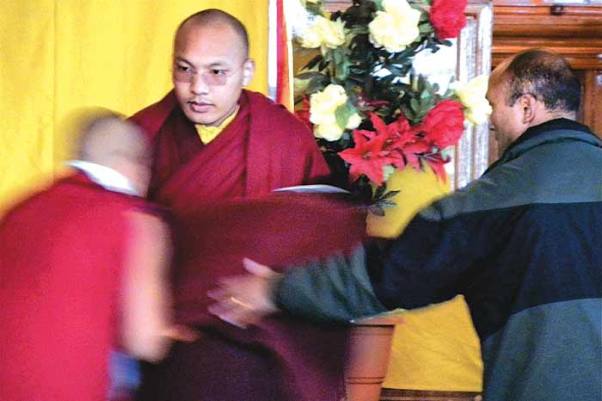 In a spot The Karmapa giving audience at Gyatso Monastery 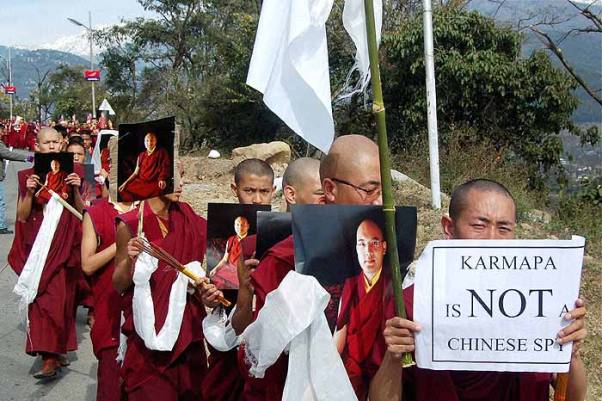 Tibetans in exile holding photos of Karmapa Trinely Dorje during a rally in support of the leader in Dharamshala. 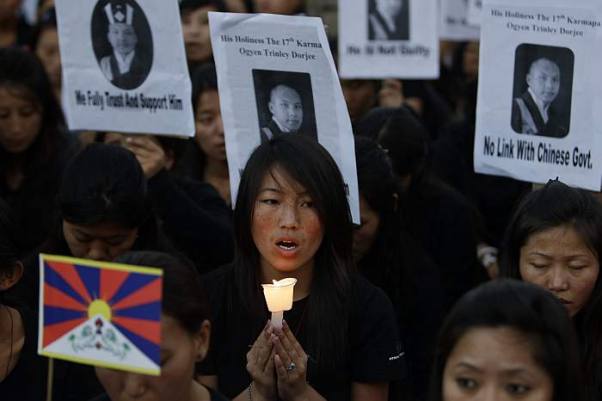 Exile Tibetan Buddhists hold placards and photographs of their third most important leader Ugyen Thinley Dorje, the 17th Karmapa, as they take part in a candle light vigil in Bangalore. 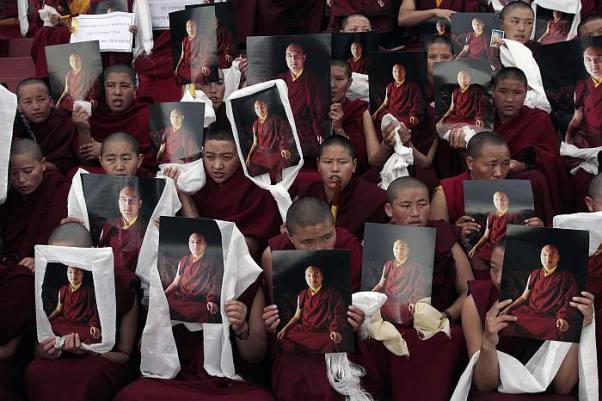 Exile Tibetans gather with portraits of Ugyen Thinley Dorje, the 17th Karmapa, in support of their third most important leader, in Dharmsala. Thousands of followers of Karmapa are rallying to show their support as Indian officials continue to trace the source of more than a million dollars found at his headquarters. 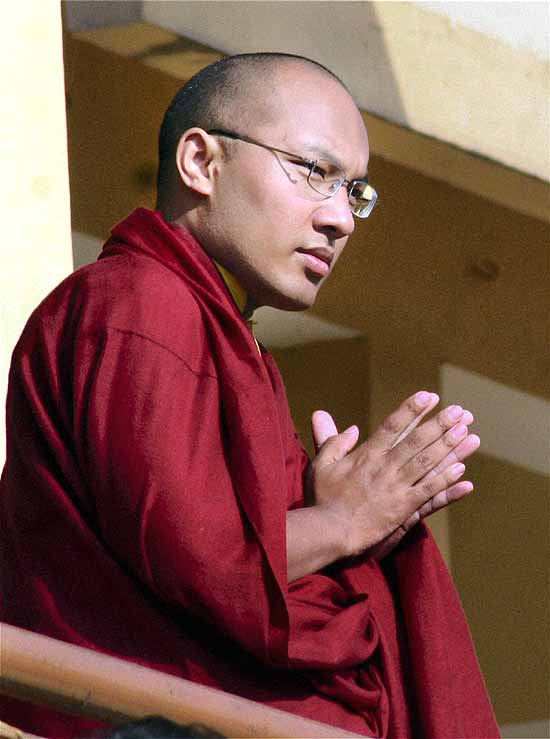 Karmapa Trinely Dorje arrives to address his followers at Gyuto monastery in Sidhbari, Dharamshala. This was the first speech of Karmapa at the monastery after seizure of foreign currency. 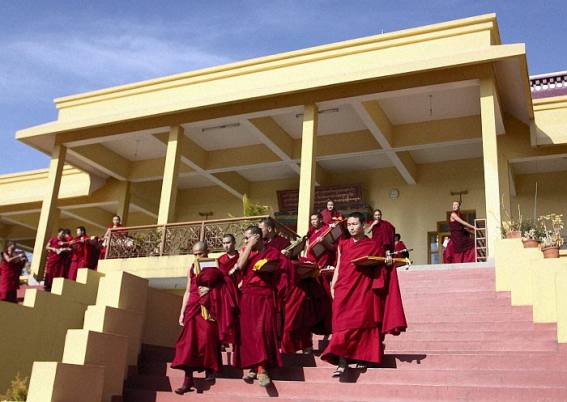 Tibetan monks leave a prayer hall after prayers at the Gyuto monastery, the home of Ugyen Thinley Dorje, the 17th Karmapa, at Sidhbari. 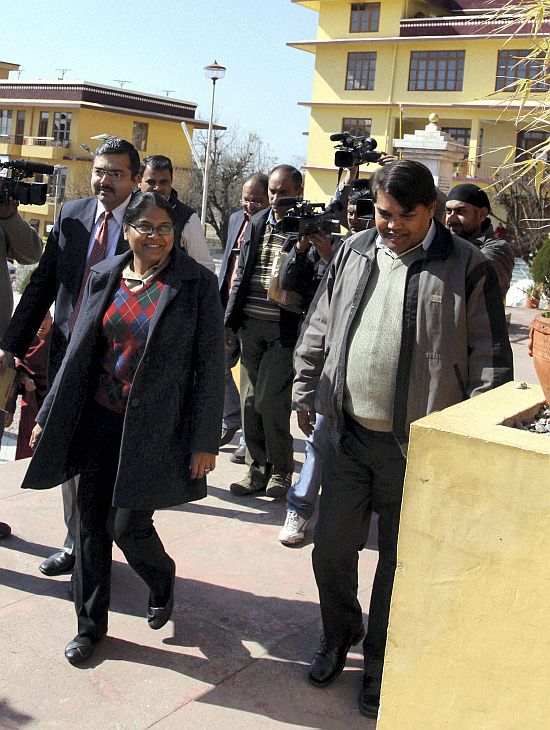 Enforcement officer V Neerija ( L) with other officials arrive at Gyuto Monestary, Sidhbari to investigate the matter as huge amount of Foreign and Indian currency seized in the monastery. 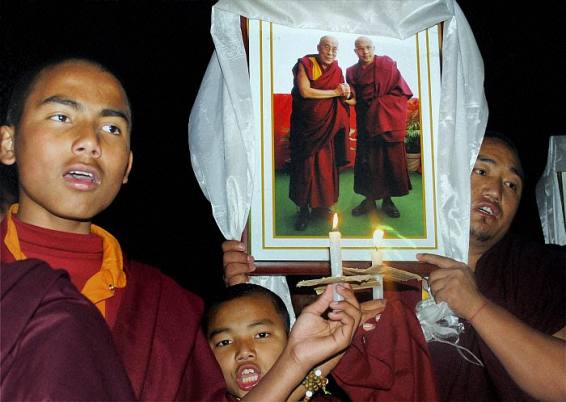 Tibetans, holding a picture of spiritual leader the Dalai Lama and Ugyen Thinley Dorje, the 17th Karmapa, during a candle light vigil in support of the Karmapa at Sidhbari near Dharamsala. 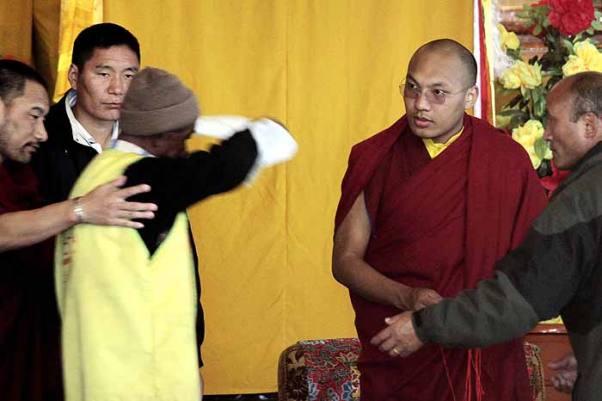 Tibetan Buddhism's third most important leader, Ugyen Thinley Dorje, the 17th Karmapa, second right, watches as a devotee prepares to offer him a ceremonial scarf at the Gyuto monastery during a public audience in Dharmsala. China denied that Karmapa, the head of the Tibetan Karma Kagyu sect, was its spy, and claimed that allegations against the country in this regard showed India's "mistrustful attitude" towards Beijing. 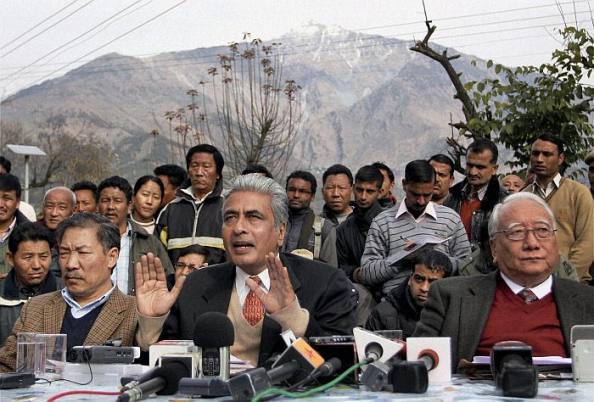 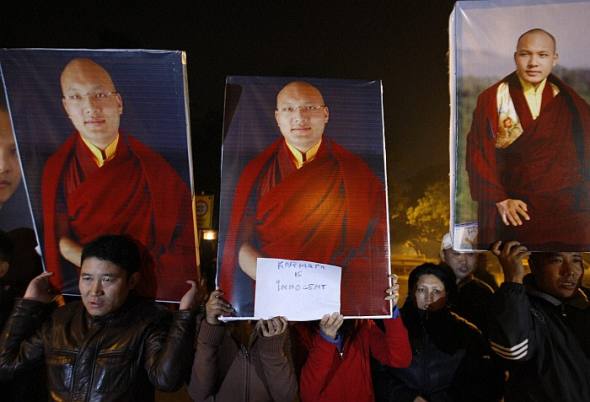 Tibetans hold posters of Ugyen Thinley Dorje, the 17th Karmapa, at a candle light vigil in support of the Karmapa in New Delhi late on Saturday. Authorities have begun an investigation into recovery of foreign currency from the Gyuto monastery, the home of the Karmapa. 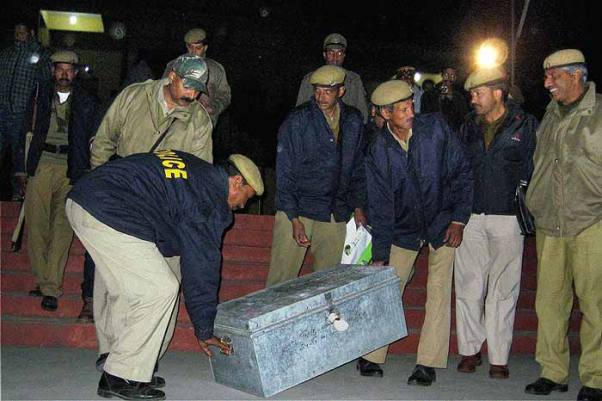 Policemen carry a seized trunk, which contains a huge amount of foreign currency, from the Gyatso Monastery at Sidhbari, Dharamshala. 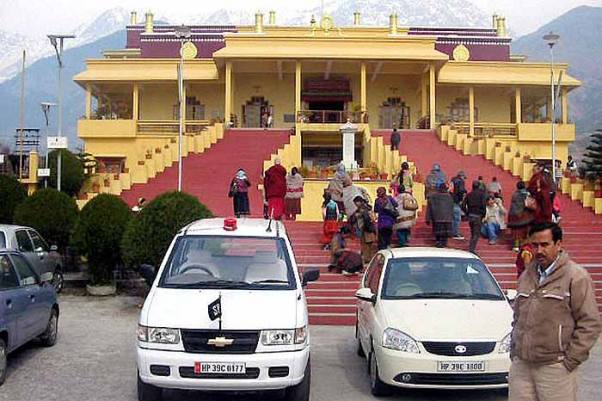 Police cars park outside the Gyatso Monastery during a raid in which a huge amount of foreign currency was recovered, at Sidhbari, Dharamshala. 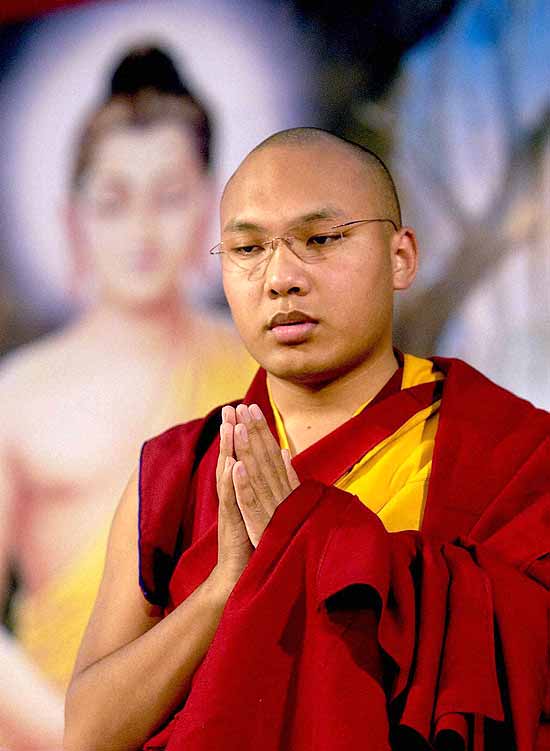 Commuters hold umbrellas as they walk on a street...

In Pics: Kolkata Waterlogged Due To Heavy Rains