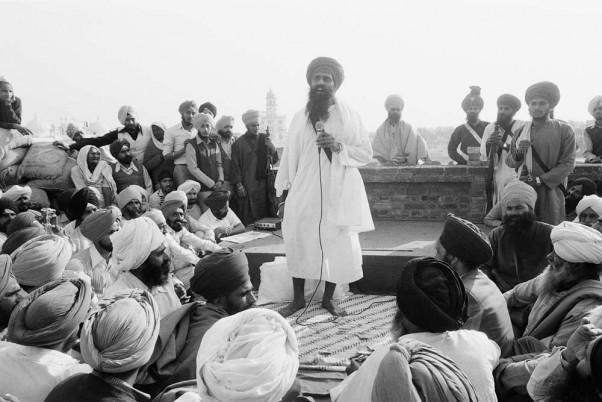 The mesmeriser Bhindranwale at Golden Temple in Mar ’84 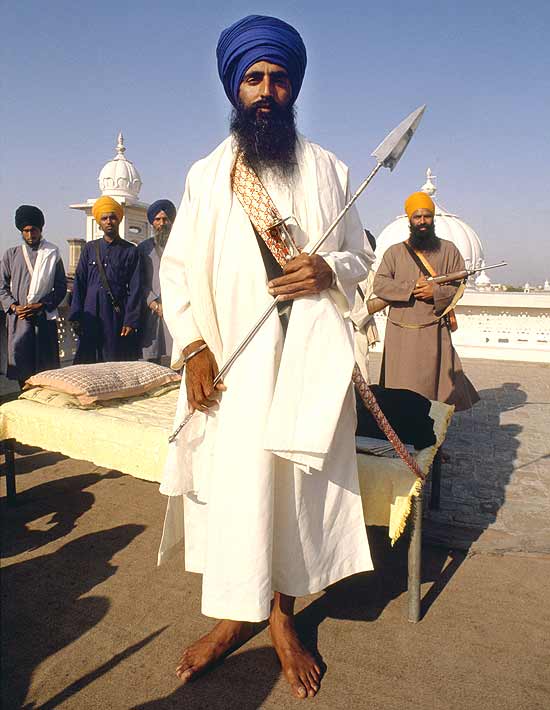 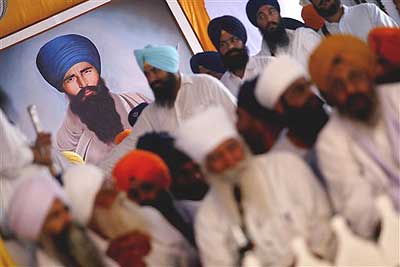 Sunday 12 JuneMembers of the Sikh community gather before the portrait of Jarnail Singh Bhindranwale on the coronation ceremony of Baba Harnam Singh as the chief of Damdami Taksal at Mehta village, about 40 kilometers north of Amritsar. For the first time in its history, Damdami Taksal, a Sikh religious body, observed the death anniversary of its chief and militant leader Jarnail Singh Bhindranwale and declare him a 'martyr'. Since 1984, Damdami Taksal was not willing to accept the fact that Bhindranwale had died during Operation Blue Star, when the Indian Army entered the Golden temple complex to flush out militants hiding there. The Taksal also resumed its religious preachings that were discontinued since Operation Blue Star and appointed Baba Harnam Singh as Bhindrawale's successor.

Farmers arrive to take part in the ongoing Kisan...