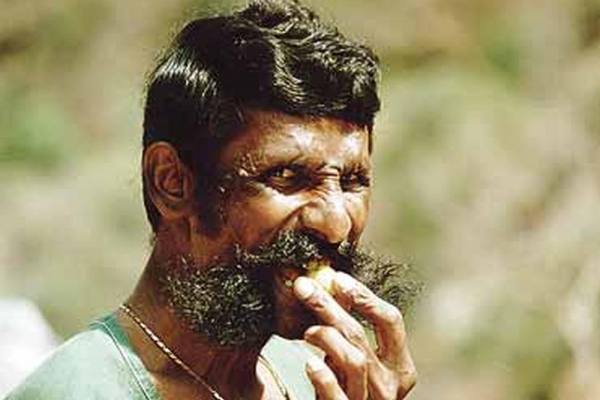 In a new book, 'Veerappan: Chasing The Brigand', former Special Task Force (STF) chief K. Vijay Kumar writes about how the sandalwood smuggler Veerappan hoodwinked the police for 20 years, and how he finally met his end. Here, Kumar talks about the STF starting yet another operation to catch the brigand.

A Land Of Serial Executions?

'Political brownie points cannot be scored by the union government over the lives of death row convicts; it is the worst form of democratic degeneration of any country.'

Now, a Mission with a Vengeance

H.T. Sangliana could be the man to nab the brigand

Amid the celebrations following film icon Rajkumar's release, disturbing questions have been raised on the role of his third son, Puneeth, and his involvement in illegal quarrying. Many feel the whole abduction episode had to do with a falling

A tractor at work at the construction site of the Central Vista project, in New Delhi.

Doctors release a health advisory during an awareness campaign against air pollution to mark National Pollution Control Day, in Kolkata.