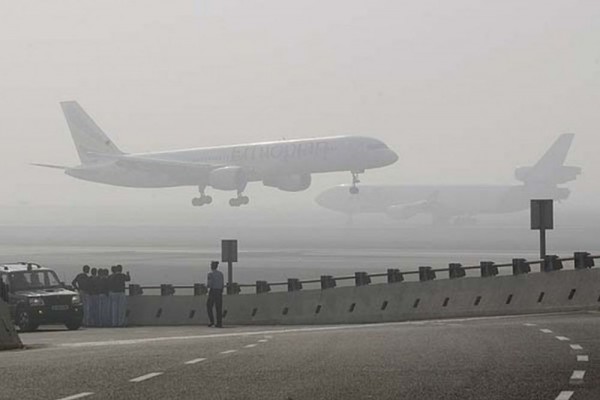 Airports To Make Public Announcements In Local Language As Well

In 2016, the AAI had issued a circular asking airports under its control to make public announcements in the local language followed by Hindi and English.

According to preliminary information received by the railways ministry, seven coaches of the train (A1, A3, B6, B7, B9, B10 and B5), all AC-2 tier and AC-3 tier, were targeted by thieves between 2 am and 3 am.

Mr Prabhu, Where Will The Funds Come From?

Former power and environment minister Suresh Prabhu is back with a bang having been appointed as a personal emissary of Prime Minister Narendra Modi to represent the country at the crucial G20 Sherpa meeting.

Given Tamil sensitivities and Lanka’s strategic location, a loose cannon could have dangerous consequences for India’s security and national integration.

'This government's mandate was: relief for the aam aadmi (common man) and kisan (farmer). Today's Budget is a total betrayal of this mandate.'

The nay-sayers and carping critics find plenty wrong: from funds for Vedic chanting and Ram Lila to ignoring the agrarian crisis and unemployment

'The 'Feel Good' Is Genuine'

Apart from the merger of the DA with basic pay for the central government employees, argues the vocal former CII President, the sops are mixing good economics with politics. But, he admits, the government is trying to take political mileage by spendi

How the Vajpayee cabinet reads after the reshuffle

Where is Ketan Parekh? Massive manhunt for the missing Bombay Big Bull. PMO men in UTI scam? Intellectuals in Agra? End of Enron? What does Mamata want? Questions, questions ...

While Advani and Sorabji are being awaited for the cabinet meet, NDA's mind is made up; opposition parties cry foul.

"I Was Not Aware Of Enron Phase-II"

Pipelines or pipedreams? Kashmir and other issues now certainly include cricket and business, eh?

Couple Akash and Aishwarya wade through a waterlogged area in a large cooking vessel before their marriage, in Alappuzha.

Migrant workers wait at a railway station as they leave from Kashmir after recent incidents of killing of non-locals allegedly by militants, in Srinagar.

Migrant workers arrive at a Railway Station as they leave from Kashmir after recent incidents of killing of non-locals allegedly by militants, in Srinagar.

Kashmir Through The Canvas Of Masood Hussain