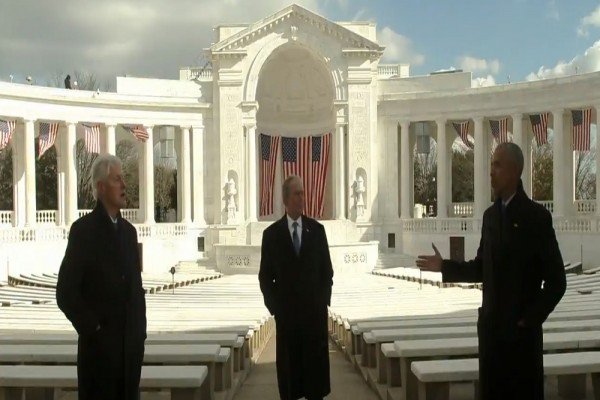 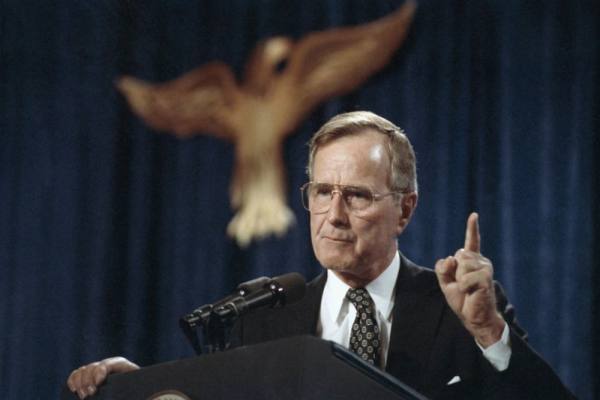 The 41st President held his post from 1989 and 1993 and steered the foreign policy of the United States in the face of the collapse of the USSR.

'Congratulations On Your Leadership At Home'

The Left may be calling him names, and of being more committed to George Bush, but the man himself was getting accolades from the American president who claimed to be "proud of the leadership of the Prime Minister"...

Did Armitage threaten to bomb Pakistan back into the stone age? Did Mush buckle under that? Would Bush launch strikes into Pakistan? No answer, just usual book promotion that seems to be the new flavour of the week. 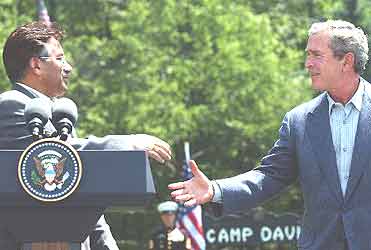 Both show general bonhomie; the Pakistan leader, insinuating US role in the 'dialogue' with India, gets warm words and other goodies but no F-16s. 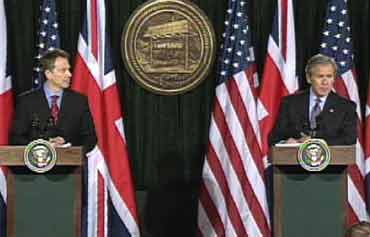 'However Long It Takes'

The deadly duo offer condolences, sympathy, prayers to the dead American and British troops, but fail to even mention the 'collateral damage' in their noble mission to liberate the people of Iraq, as they sing the same song, verse two: now the 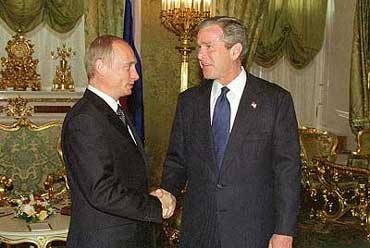 The Bush and Blair duo trivialise the Israel-Palestinian situation with their faux bonhomie and bon vivant at Crawford High School, Crawford, Texas 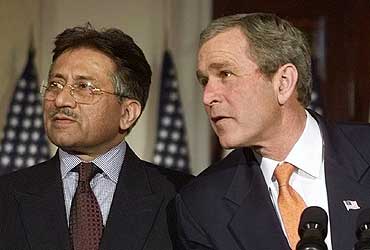 'We Can Facilitate Meaningful Dialogue'

It's buddy-buddy time for Bush and Mush -- at least in public. Full text of the press conference.

'Our Disagreements Will Not Divide Us'

US President Bush and Russian President Putin failed to reach an agreement on missile defense but put on a good show for the Crawford Students in Texas, USA