Akshay Kumar will next be seen as real-life hero Sardar Jaswant Singh Gill in Pooja Entertainment's next film.

Shehzad Shaikh: TV Was My Only Connection To My Country When I Was In Jeddah

‘Sindoor Ki Keemat’ has made Shehzad Shaikh a popular name to reckon with in the TV industry. The actors speaks up about his connection to cinema and how it began by watching films of Shah Rukh Khan, Salman Khan, Aamir...

Superstar Akshay Kumar's action adventure drama "Ram Setu" has raised over Rs 35 crore at the box office in the first three days of its release. Akshay Kumar On Being Questioned For Doing 4 Films A Year: I Work, But I Am Not Stealing From Anyone

Akshay Kumar is clueless on why his decision to feature in multiple films a year gets backlash all the time.

Did You Know? Karan Tacker's Role In Neeraj Pandey's ‘Khakee: The Bihar Chapter’ Was Written For Akshay Kumar

Neeraj Pandey’s ‘Khakee: The Bihar Chapter’s trailer has taken everyone by surprise. The upcoming Netflix show is getting praise from all over. But here’s an interesting trivia that not many know about the show. Akshay Kumar: Having A Canadian Passport Doesn't Mean That I'm Less Of An Indian

Akshay Kumar recently revealed why he backed out of ‘Hera Pheri 3’. In the same conversation, he also spoke about the current status of his Indian passport, which he had reportedly applied for after stories about him...

Akshay Kumar's Role In 'Ram Setu' Is More Than An Actor. Here's How 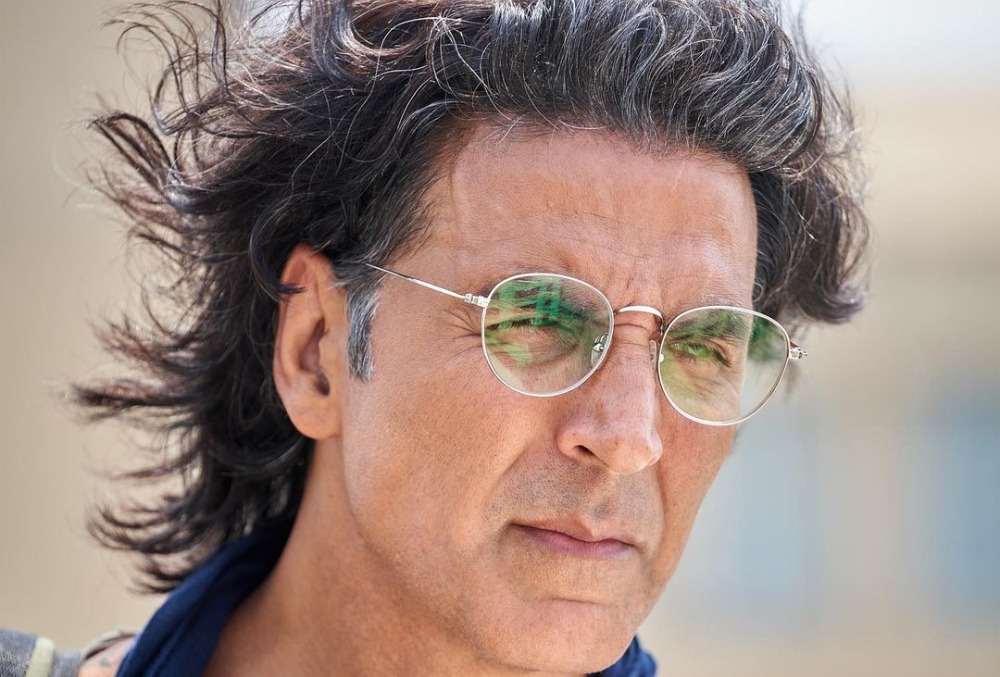 Salman Khan, Akshay Kumar, Kiara Advani, Sidharth Malhotra, among others were seen attending a birthday bash in the city.

Mansi Bagla: ‘Forensic’ Was Announced Much Before ‘Cuttputlli’, Technically Akshay Kumar’s Film Shouldn’t Have Been Made

Producer Mansi Bagla talks about Akshay Kumar's ‘Cuttputlli’ being made on a similar plot to her film ‘Forensic’ starring Vikrant Massey and Radhika...

‘Midday Meeal’ starring Ranvir Shorey promises to send a strong social message to people all over the world about the issue of the mid-day meals in Indian...

Akshay Kumar's latest advertisement about the importance of six airbags in cars has now received backlash from social media users.

From Akshay Kumar’s ‘Cuttputlli’ on Disney+ Hotstar to JRR Tolkien’s prequel to ‘Lord Of The Rings’ on Amazon Prime Video, here are some of the...

Twinkle Khanna wished husband Akshay Kumar on his 55th birthday by sharing a loved up picture on social media.

Akshay' 'Cuttputlli' is his fourth film of the year

'Cuttputli' OTT Release: All You Need To Know About Akshay Kumar’s Film

This will be Akshay Kumar’s second OTT stint after 'Atrangi Re' in 2021.

Akshay Kumar is known to be good fun on sets as he tries to keep everyone busy with his games and pranks during the shoot. This time, on ‘Cutputlli’ sets,...

Actress Rakul Preet Singh, who will be seen sharing screen space with Akshay Kumar in the upcoming film 'Cuttputlli', has been a fan of the Bollywood star's...

‘The Kapil Sharma Show’ is all set to return with a new season. Akshay Kumar and Chandrachur Singh starrer ‘Cuttputli’ team was seen on the sets of the...

This film features Akshay in the role of a cop who is out to hunt a serial killer.