Street Art in Delhi - I

Street art has always been a part of life for the common Indian. Be it the waggish messages painted on trucks or the now-forgotten painted hoardings of the latest Bollywood movies from the pre-multiplex era. You can find street art across the country—from the painted gods on boundary walls to prevent people from urinating on them to the Coca-Cola and Pepsi wall art on brick houses and huts across rural Indian villages.

Such art, like many of our indigenous traditions and practices, is no stranger to the effects of globalisation. With graffiti and street art gaining credibility around the world, thanks to artists like Banksy who use their art to deliver various important political and social messages, public art in India too is being adopted by the artistically-inclined younger generation who are constantly looking for unique ways to express themselves.

Whether it is for spreading awareness or for turning haphazard neighbourhoods into open-air art galleries, it is much easier to convince Indians to lend their walls to artists. In fact, one of the most iconic murals in New Delhi is that of Gandhi on the Delhi Police Headquarter building at ITO, created by Anpu Varkey—a promising  Indian artist who is contributing to the street art scene in India with her intriguing murals—and the well-known German artist Hendrick ECB Beikirch. It is the result of a rare engagement where a government organisation officially hired artists to create public art. Another example of this kind is Tihar Jail where artists like Bond (Germany), Mattia (Italy), Sam Sam (India), Amitabh Kumar (India), Andy Yen (Taiwan) and others have held workshops for inmates.

One of the first areas to open up to street artists was Khirki village in New Delhi. One of the most captivating pieces in this area was the face of the Buddha wearing an elaborate mask entwined in vines painted on a wall right in front of a garbage dump. Unfortunately, when we went to photograph it all we encountered were freshly painted blank walls. We had a similar experience at Shahpur Jat where many of the older pieces have been painted over or just covered with advertisements.

Thanks to the efforts of Hanif Qureshi, Arjun Bahl and Giulia Ambrogi, St+ART India (a non-profit organisation) was founded for the sole purpose of bringing artists from around the world to collaborate with Indian artists.

Their art not just brightens the dull and erratically constructed neighbourhoods in New Delhi like Khirki and Shahpur Jat. It is also like a wave of fresh air that rekindles creativity and imagination in a people who are so accustomed to the constant struggles of life in a chaotic capital that they lose consciousness of their own power to imagine. 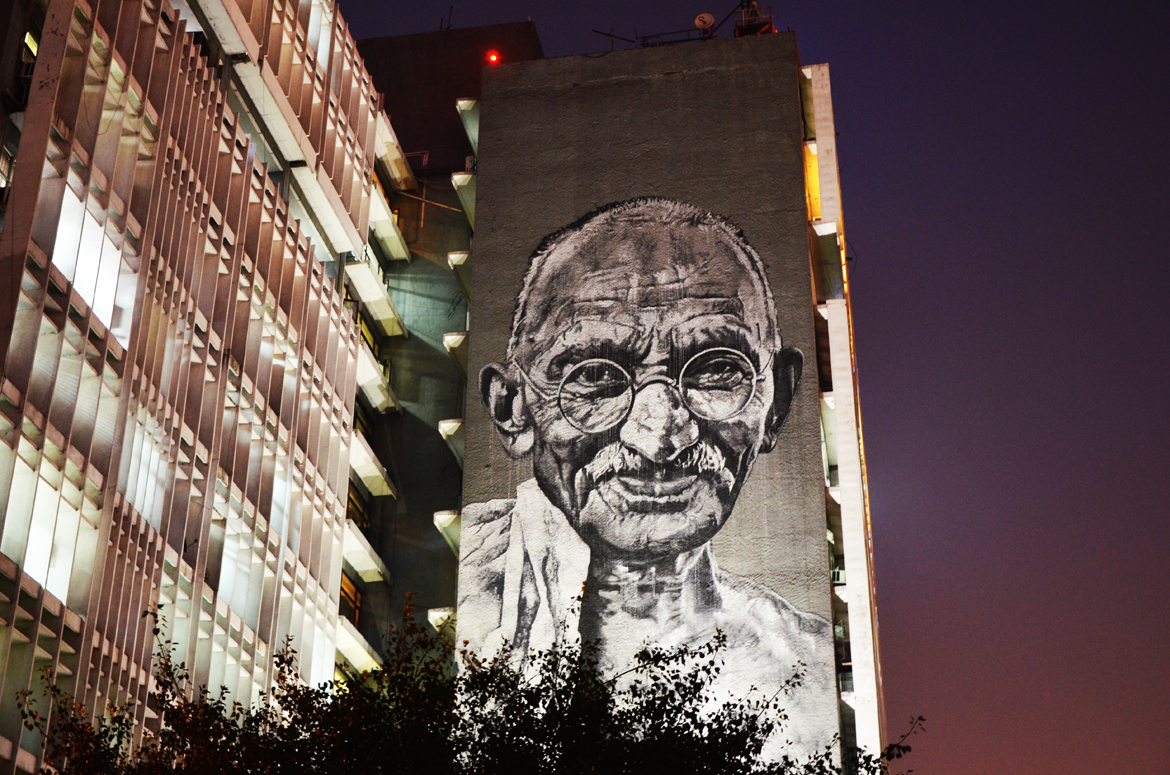 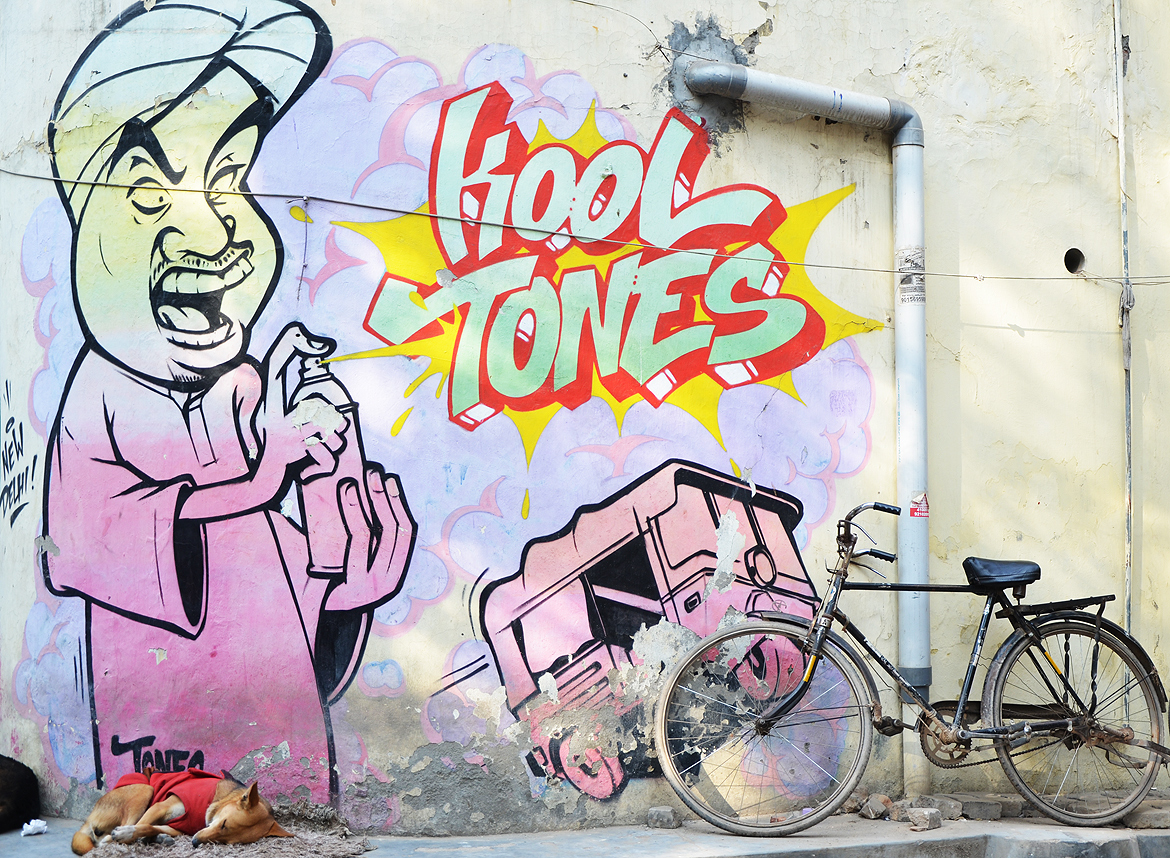 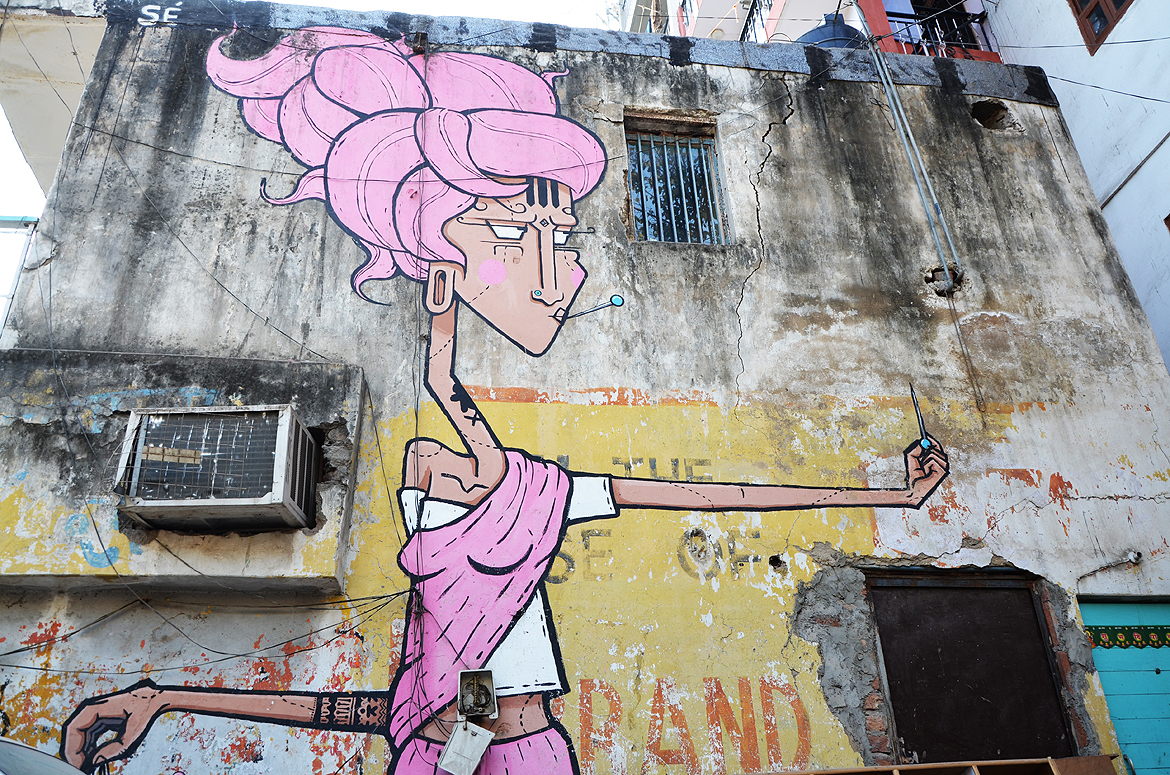 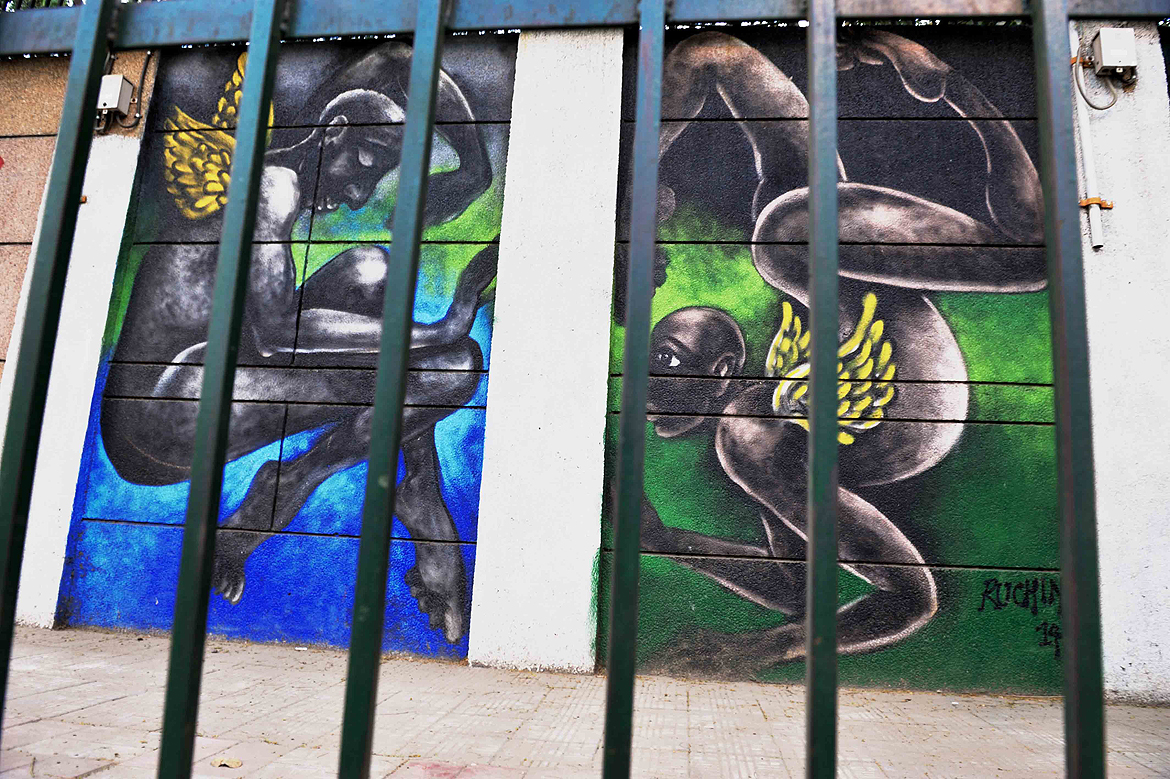 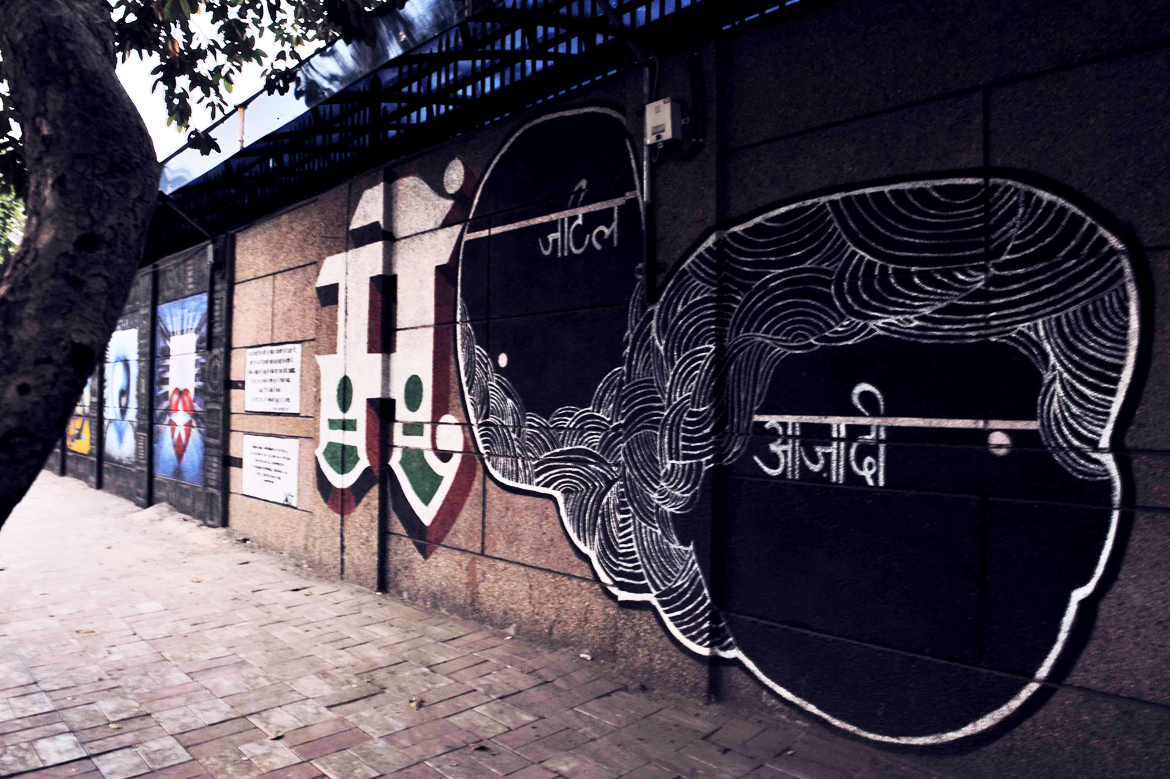 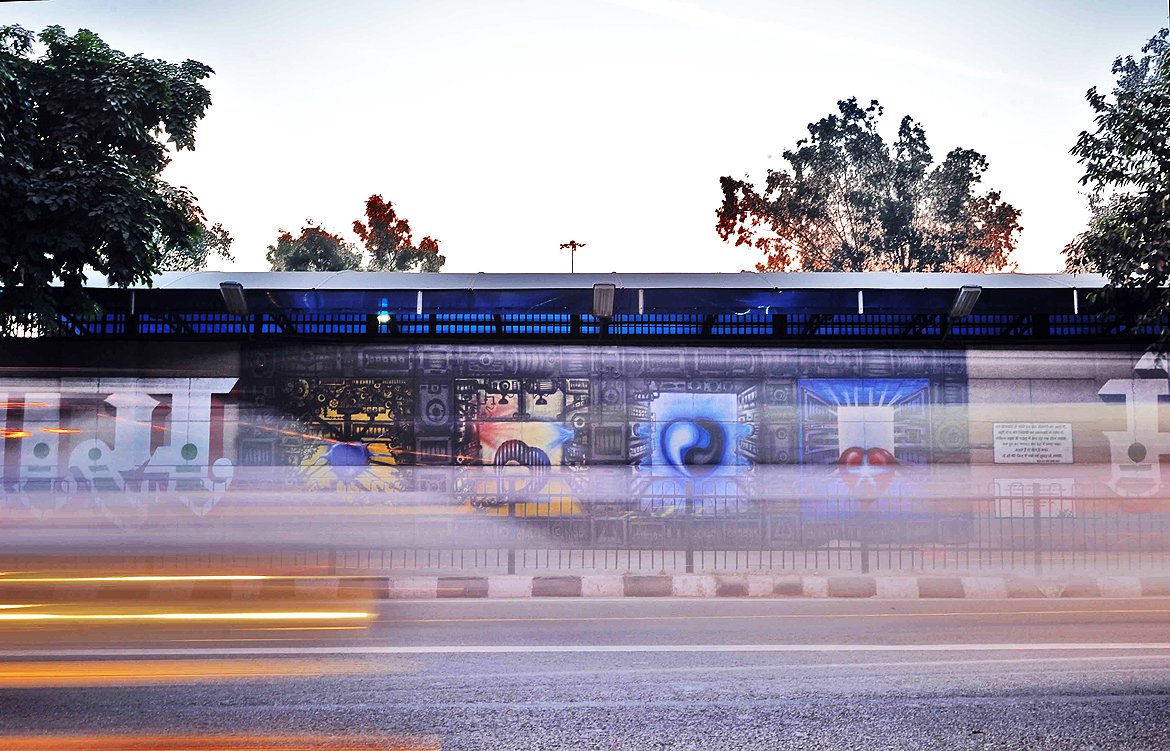 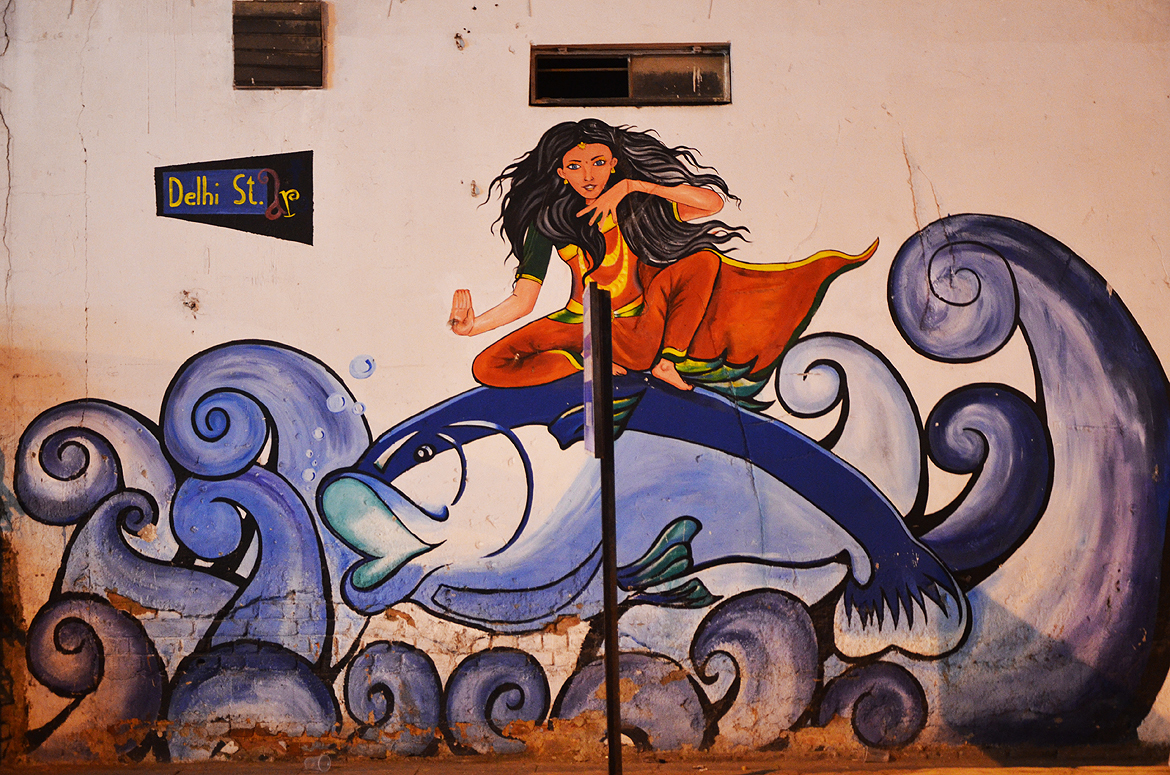 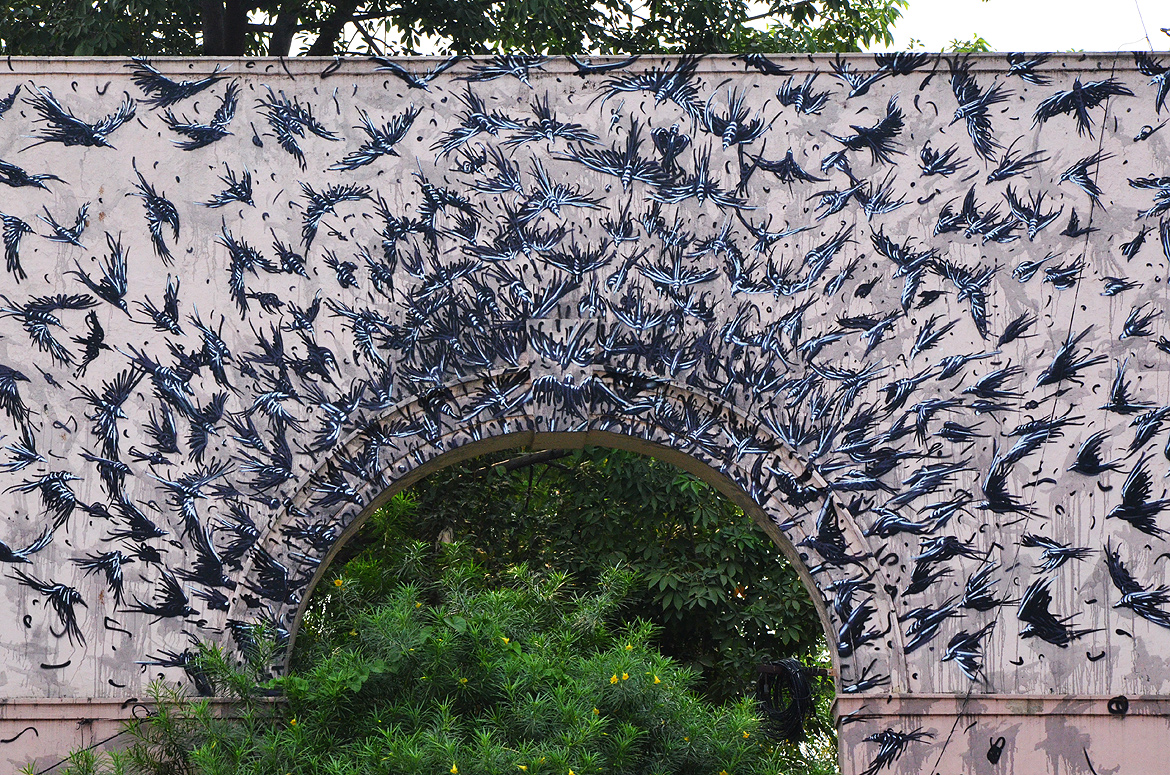 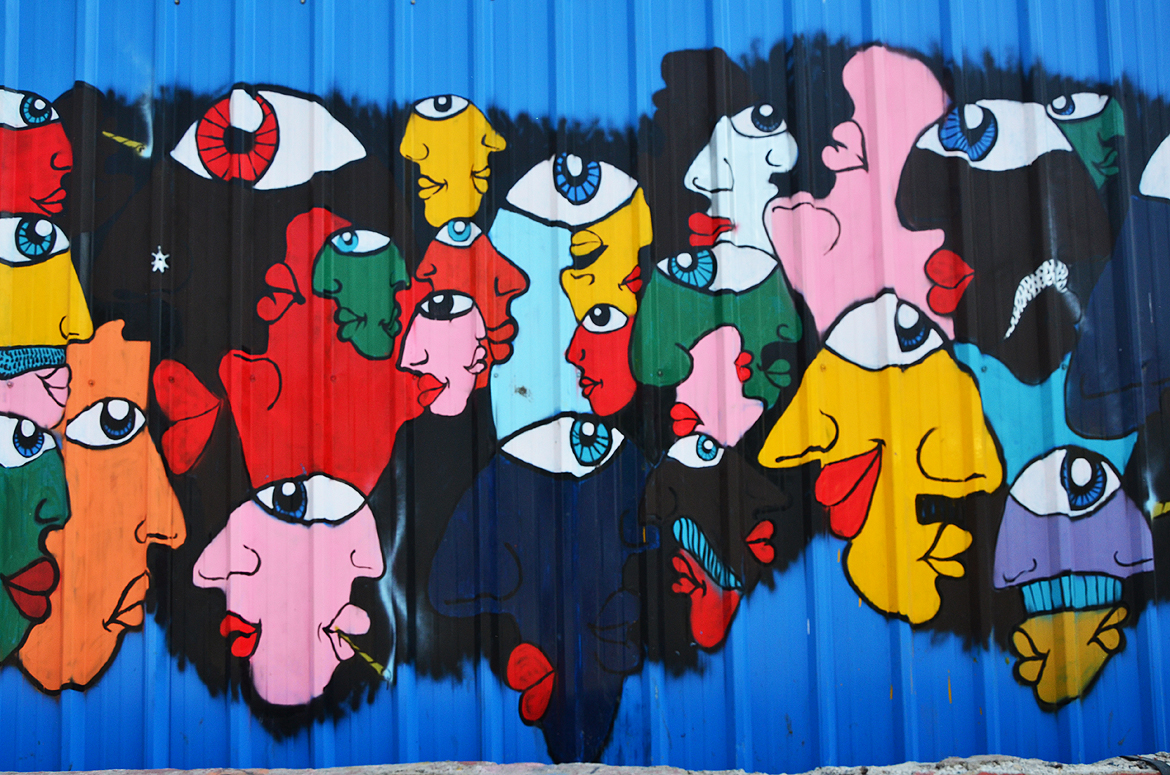 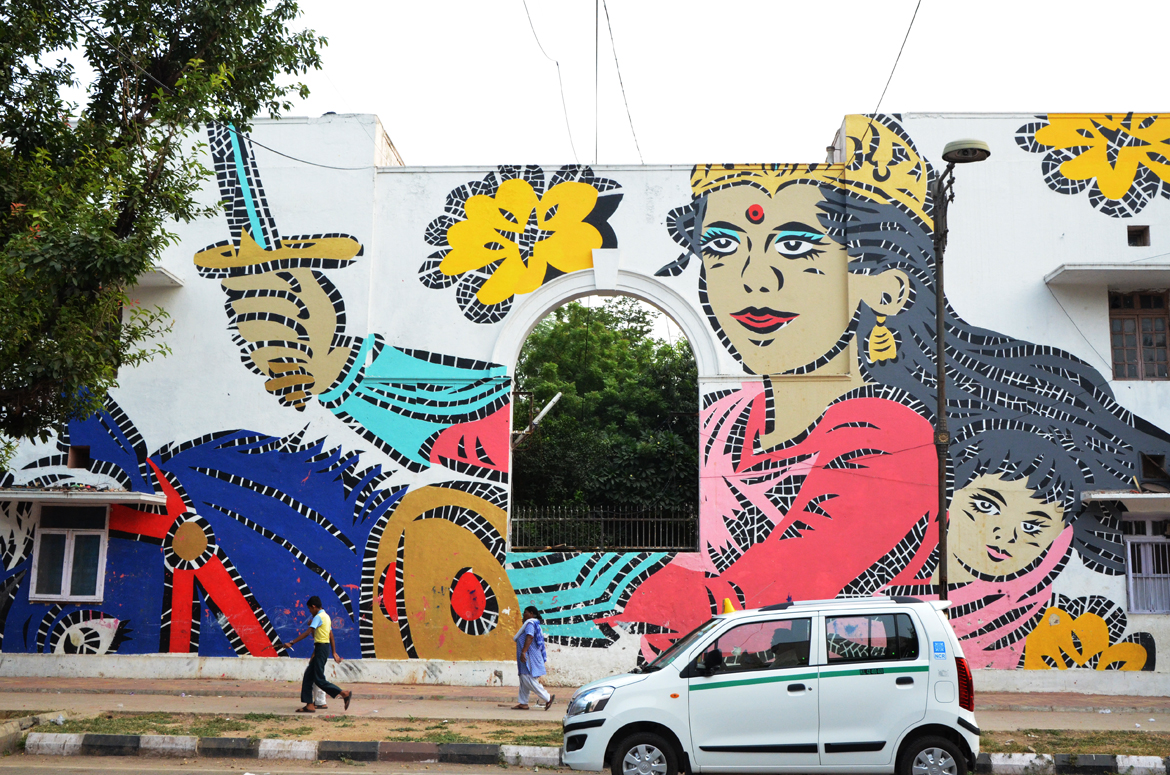 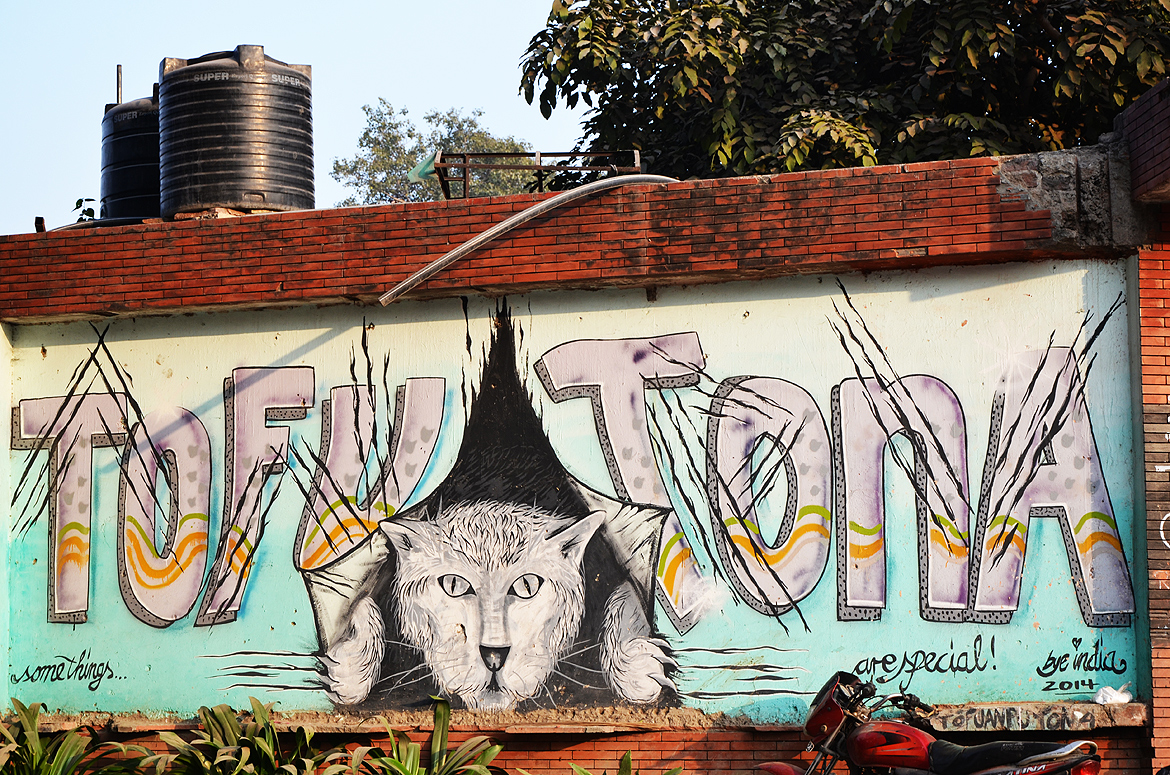 Old Delhi: Coolers on the move

Summer is a tough season, but if you really want to explore the streets of Old... Elaborate pandals, an array of amazing Bengali food, the sound of dhaak,...