Will BHIM be the interface for Money?

Home »  Fixed assets »  Will BHIM be the interface for Money?

Cash is dead. Digital money is passé and app-based money transfer is the reality. No, I am not exaggerating – the last two months have been a clear indication of things to come, especially when it comes to the way you transact money. So, here is my experience with Bharat Interface for Money or BHIM app, a smart way of invoking the man who was instrumental in writing the constitution of India -- Dr B R Ambedkar.

Some facts first – launched on Dec 30, 2016, this was the much anticipated App to solve the cash problems and to be fair, and it does address that issue to a large extent. So, true to my faith in the digital economy, I downloaded this App as one year was about to end to make a fresh start in 2017 with this path breaking means of handling money. A confession; I am a wallet junkie with three e-wallets already running on my sleek Smartphone. 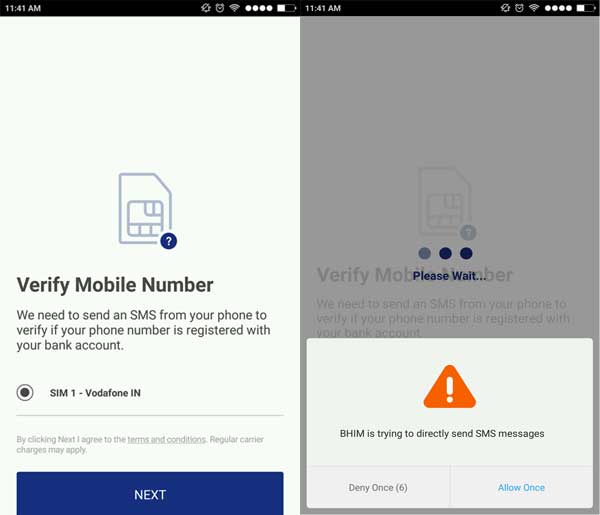 My first disappointment was the not so easy way to get the App running, even though I was on an experimental trip, I felt coming from the Government of India, I should be patriotic enough to use this App over the others. Reality: I did not find this app to be accessible and convenient from an experience perspective.

Ok, not wanting to be ill-meaning to the many iPhone users – this one is not for you at all. This runs on the Android platform currently and has witnessed 30 million downloads so far (as on January 2nd 2017). You will also need internet connection with the phone, which is for a given in today’s times. The upside – unlike other mobile wallets, it is interoperable with UPI. What this means is that it directly links you to your bank account with a caveat – you can link only one bank account at a time. So, if you have more than one account, well – may be you will need to have more Smartphones to manage the money or multiple SIM phone to circumvent this flaw.

Not a happy start

I am paranoid when it comes to sharing my phone contacts, especially access to my messages and more. Well, I had one bad experience with spam messages and calls, which has left me in a rather traumatic state that I think multiple times before even sharing my number with anyone. Second confession: for all important connectivity with my close phones I use an old world basic phone that only allows you to make and receive calls, with a limited character usage on messages.

So, when this App prompted me for details to verify my mobile number, I very reluctantly and with great trepidation allowed it to access the phone. As luck would have it, due to some unexpected reasons, my mobile number was not being verified. To add to my misery, every time I allowed the App to validate my number, it deducted a rupee from my account. I was down Rs 6 even before I could get a fix on the App. After much waxing and waning, I succeeded after playing around for a good half hour with the phone, even as some of my colleagues kept wondering whom I was texting on the phone.

Anyway, I managed to get cracking by setting a four-digit pass code, no different from a password to enter into the app once you have logged out. Immediately after confirming the passcode, I had to select my bank to link my account to it. The user interface (UI) of the app is relatively simple and clean with easy to follow icons on the home page. 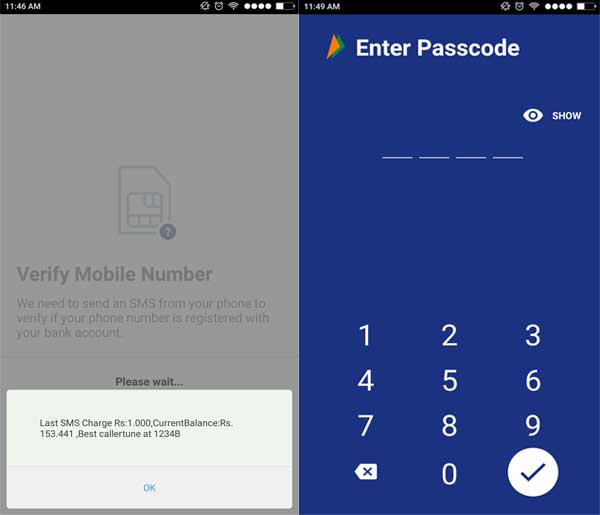 With all things settled, I tried sending money to my friend’s mobile number who has not yet registered for UPI. The result was a failure. Lesson learnt: you can send money to only those mobile numbers that are registered with the UPI. This is a good move, because it does away with the risk of transferring money wrongly; you do land up tapping wrong digits on these Smartphones.

The most prominent option is to send money by entering VPA (Virtual Payment Address) of the receiver. Other way is to send money by entering the beneficiary’s account number and IFSC (Indian Financial System Code). The easiest of options to transfer money was actually for me to scan my colleague’s QR code (Quick Response code) generated from the BHIM app and complete the transaction. The most distinguishing feature about the app is that unlike other e-wallets, I do not have to store money in my app account; instead I could directly transfer it from my bank account to her bank account. This way it is a single step process and you do not have to first transfer money to the wallet and then use it.

What do I make of it?

At 1.9MB, the app has already witnessed a update patch to sort bugs, which is common for most apps. Curious as I was, I checked if my salary was credited to my account. Here again I realised that there is friction by way of remembering two sets of passcode/passwords. I had to first enter my 4-digit passcode post which I had to enter the UPI PIN which is a 6-digit number. For one who is challenged when it comes to numbers, this was a task.

So, here I am, left with a rather mixed overall feel with this app. Instead of using BHIM, I would rather go with the USSD (Unstructured Supplementary Service Data) route by dialling *99# from my registered mobile number and then following the convenient steps to check my account balance and transfer money. If you thought this was a replacement for existing wallets – I think it is too early to discard them and shift completely to BHIM.

The final verdict: Pixel XL vs iPhone 7 Plus

Clash of the Titans