The rupee closed 18 paise higher at 73.50 against the US dollar

The Sensex and Nifty vaulted to fresh lifetime peaks on Wednesday, boosted by telecom and auto stocks which saw brisk buying after the government announced packages for the sectors.

NTPC was the top gainer in the Sensex pack, rallying 7.16 per cent, followed by Bharti Airtel at 4.53 per cent.

On the other hand, Axis Bank, Asian Paints, UltraTech Cement, Nestle India, Sun Pharma, and HDFC Bank were among the laggards, shedding up to 0.38 per cent.

In big bang reforms, the Union Cabinet on Wednesday approved a relief package for the telecom sector that includes a four-year moratorium on payment of statutory dues by telecom companies as well as allowing 100 per cent foreign investment through the automatic route.

"The measures announced for the telecom and auto industry are sweeping with potential for far-reaching beneficial impact. A four-year moratorium on dues of the telecom sector which covers AGR, spectrum dues, and interest payment will bring big relief to the cash-strapped sector. This is positive for banks, too, since banks' exposure too will decline significantly," said V K Vijayakumar, Chief Investment Strategist at Geojit Financial Services.

The Rs 26,058 crore PLI scheme for automobiles, auto components, and drones is a major initiative to attract advanced auto technology and supply chains into India, he noted.

"This is a timely policy when global supply chains are looking for markets outside China for shifting supply chains. The PLI scheme's goal of investment of Rs 42,500 crore in 5 years is ambitious but achievable. In brief, bold reforms," he added.

In the broader markets, the BSE midcap and smallcap gauges advanced up to 0.86 per cent.

On the global front, markets were weighed by weak China retail sales data amid a resurgence of Delta variant cases in the country.

However, US inflation data showed a slower-than-expected rise in prices, giving room to the Fed to continue with its accommodative stance.

Equities in Europe were trading on a mixed note in mid-session deals.

The rupee closed 18 paise higher at 73.50 against the US dollar on Wednesday, tracking sustained foreign fund inflows. 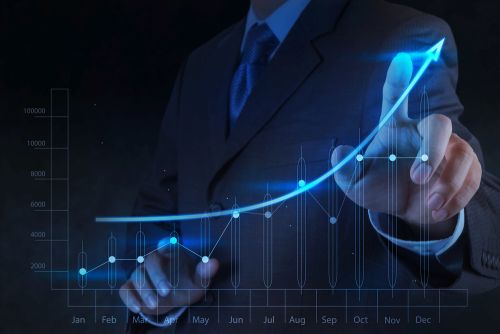