Youth, This Dream Is Your Dream

Home »  Magazine »  Youth, This Dream Is Your Dream 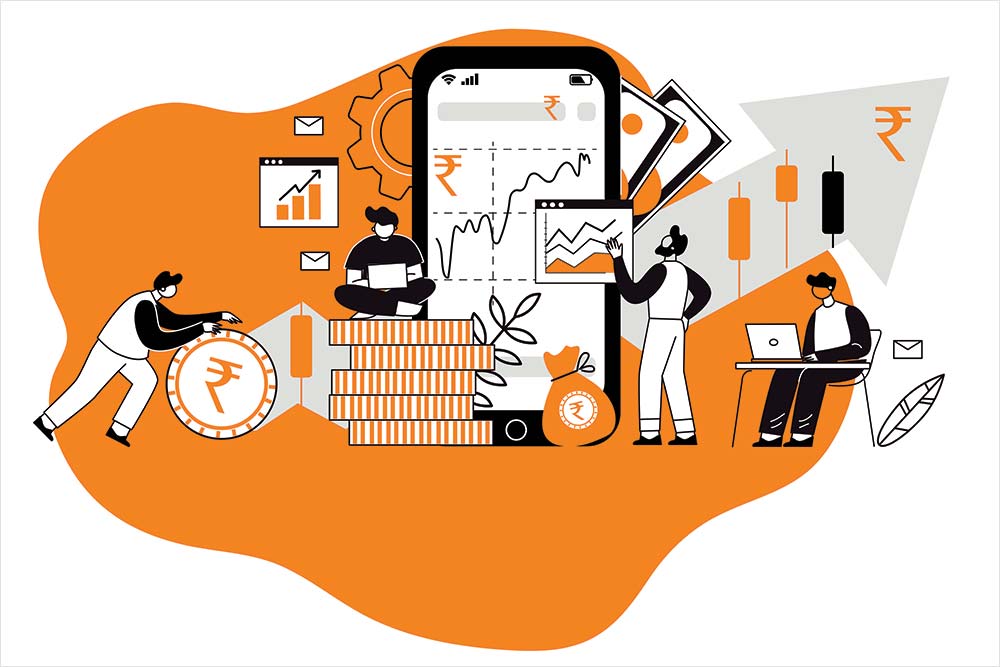 It is the nation’s youth who speaks the language of money most fluently. No surprises in that statement, for young women and men all around the country are living it up when it comes to personal finance. Their version of zeitgeist gets captured in a quote attributed to V: Don’t be trapped in someone else’s dream. V, who? The most charming member of Korean boy band BTS, of course.

She may act like an ingénue, emote like a suffragist and behave like Miranda Priestly in The Devil Wears Prada. Inside, she is proxy for a model you have read about in behavioural finance textbooks. Dig further and you will find similarities between her version of zeitgeist and a quote attributed to V – “Don’t be trapped in someone else’s dream”. V, who? The most charming member of Korean boy band BTS, of course.

And, the rest of the story…

Meet the 20-something, newly employed, personal finance-driven urban youth – he, with a firm attitude that is vastly different from his parents; she, with steely resolve to make it big in life. Like others of their generation, they are doing all sorts of things with money. Earning, spending, transmitting, investing, allocating. In short, the entire works.

Like never before in India, young people everywhere are taking quick loans, buying SIPs in equity funds instantly, trading in stocks through discount brokers at enviable speeds, even investing in business enterprises. Financial services apps are getting downloaded every minute. Credit profiles are being checked, limits are getting extended, and two-minute transfers are happening. The basket of digitally enabled transactional services is expanding rapidly.

I spoke to a set of young people to get an idea of the latest goings-on, and the picture that emerged underscores three critical perceptions:

The youth will rally behind stocks and other securities only because performance here is market-determined. The accelerating indices, matched by a marked increase in broking and demat accounts, are not merely accidents. These have happened because of a reason – the one that may be partly attributed to a great shift in investing preferences. And, as low-cost online brokers call the shots, the so-called older full-service broking firms will need to adopt a new code.

As surely as night follows day, fixed deposits and other guaranteed options are not anybody’s cup of tea any longer. Young people who have just entered the work space are only too aware of the extreme limitations of assured-return deposits. Sharpening their awareness is a hard reality: runaway inflation and the fact that deposit rates have remained far too modest.

For the record, the most recent Consumer Price Index (CPI) stood at 10 per cent or so. With fossil fuel prices increasing steadily, the pressure on the consuming class (youth or otherwise) is likely to be heavier in the days to come.

In this context, investing appears in the shape of “good karma” – something to stand for while one is still young in the hope that benefits will be reaped when one turns more mature with time. Today’s rush for equities – directly or through equity funds, and yes, debt funds are nearly anathema – underlines this belief.

Big apps are the new titans

Can you imagine a mobile phone without a Gpay or a Paytm? Or an app provided by a large bank? Installed no doubt by a young person who uses these apps quite frequently, and expects others to accept or make payment in a similar fashion.

So, the coffee she drinks in the café around the corner and the purchase he does at the local grocery store are all ‘handled’ smartly, efficiently and in no time at all. The app defines the individual.

And since the app is the defining factor, there is large-scale attention on the big players while the smaller ones are on the other side of the divide. I am talking about the specialist apps, the ones that are not used as frequently. Or the ones that are used only for limited periods. Mind you, a big bank will provide many of the services (under one roof, if you please) that a few specialist apps will deliver in their individual capacities.

A significant part of the lending or transacting will, thus, keep on happening on the major banking platforms. There will be an ICICI or an HDFC across mobile screens. In this context, the point to note is that each of these mammoth players offer multiple services through separate apps. So, an ICICI Bank customer will probably use imobile for banking, and the icicidirect app for trading.

Devil is in financial fraud

For every Caesar, there is a Brutus, just as there is dark underneath to every shiny surface. Fraudsters seem to be running quite a morbid show these days, a trend that the young personal finance-oriented individual knows only too well.

Data, especially personal data that pervades the world of money, needs to be secured at all time. The youth, therefore, will try to make doubly sure that there are no loopholes in their transactions.

The possibility of fraud is followed closely by the probability of sundry malevolent actions, as recent instances reveal. I am referring specifically to instant lending firms – reportedly, a host of these have been unearthed by investigators, but not before unfortunate events – and the havoc they can potentially unleash by lending money at challengingly high rates of interest.

Data theft, especially the kind that affects credit card usage, is fairly common in many countries around the world. In India, there have been simply too many cases where data have been pilfered by unscrupulous elements. White-collared crime, it seems, finds easy victims in the personal finance space. Jugaad, otherwise a clever Indian concept, clearly has a new dimension.

The last word is not the last word when it comes to the new consumers I have been talking about. As the scope of their financial transactions change for the better (faster, not slower; dynamic, not conformist), the speed at which the changeover is happening will only accelerate.

To sum it up, I enumerate the following trends:

The youth of the days will be a master of – and also a slave to – these trends. Whether the average young individual manages to fatten and protect her wallet is not for anyone to speculate at this juncture.

The writer is a financial journalist