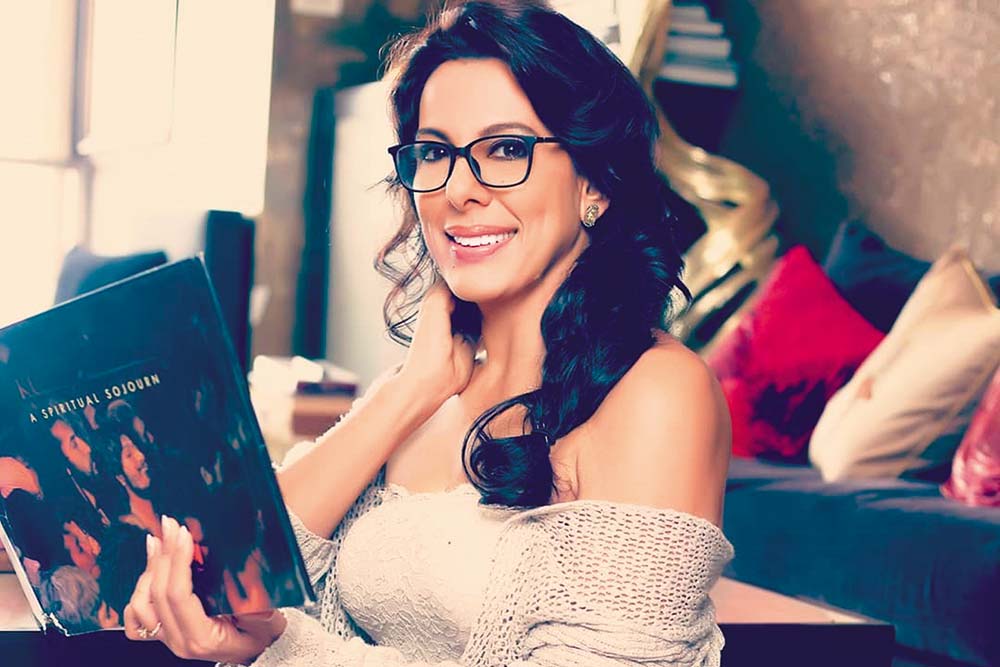 When actor-turned-entrepreneur Pooja Bedi earned her first pay-cheque in 1989—a princely amount of Rs 25,000 back then—she was just 19. It was the signing amount for her first film. She had a zillion things in mind to buy. However, her mother, a savvy investor, would have none of it!

Pooja recalls, “Much to my dismay she marched me off to Jehangir Art Gallery and told me I must learn the importance of investment. That Ambadas Gade painting, now valued at over Rs 30 lakh, still hangs in my living room as a vivid reminder of how important it is to invest wisely.” Initially, she started with systematic investment plan and invested in mutual funds and some blue-chip companies.

“I was a class topper and my original ambition was to be on Wall Street, amidst the movers and shakers of financial world. The market was on an upswing and it was great going for me. A few years later, on sheer gut and impulse, I pulled out every investment from the share market, just days before the big crash, much to my relief and to my broker’s amazement. He had attempted to coax me into staying as indications were it (markets) would go even higher,” she says.

On advice she started a Public Provident Fund (PPF) account, and when she had kids in 1997 and 2000, Pooja invested in various long-term schemes. In 2006 she invested in her first property, in Pune, which was a growing market. She renovated it and put it on rent. She adds, “It was worth Rs 1.20 crore and I invested around Rs 80 lakh and took a Rs 40-lakh loan. The chunky rent I got, paid for my loan EMI, upkeep and taxes. It also gave me liquid money to spend. In 2016 I sold it for Rs 2.25 crore and bought a home in Goa for Rs 1.25 crore. I put it on rent.”

Through the years she has invested in art, gold, jewellery, and fixed deposits. As kids grew older, she started encashing in a lot of things to fund for their education, lifestyle and travel. “I did a fabulous course called the Millionaire Mindset program, where they teach you the ‘six jars system’ for money management, a tool that calculates how a certain percentage goes into a fund for perpetuity, and in different denominations like having fun, daily PPF” recalls Pooja, whose film career did not go exactly as she had wished.

Now 50, many sources of income have dried up for her but some like property rentals remain evergreen. “I live in Goa, but still maintain my Mumbai home, where my grown-up kids live and it’s an expensive monthly nut with a six-staff salary, food and society, plus utilities and cars,” says Pooja.

So, what’s her retirement plan? “Well, it’s time to ride the wave to the future and start something by keeping up with the trends and future vision. Something that is not purely dependent on my acting, writing or performing. I pumped a large chunk of my savings and took bank loans to start a company called Happy Soul. It encompasses many verticals of wellness and includes an ecommerce venture—www.happysoul.in—retail stores with a franchise model, production line, a channel, wellness centres and more.”

This amazing wellness wonderland, as she calls it, is the result of 12 years of her investment in knowledge and experiences, certified courses, diplomas, and workshops on quantum physics and metasciences.  Pooja explains, “I have a strong belief in being led by the universe and to be honest. I’ve been hugely inspired by various people, be it Oprah Winfrey, who led me to having an award-winning talk show, life coaches like Tony Robbins, who led me to start Happy Soul workshops in 2016 and entrepreneurs like Richard Branson, (especially after I read his book Screw it, just do it), who led me to my start-up Happy Soul and my company Magicians of Wellness (India) LLP.”

Accumulate As Going Gets Tough