Transformation Of The Realty Sector 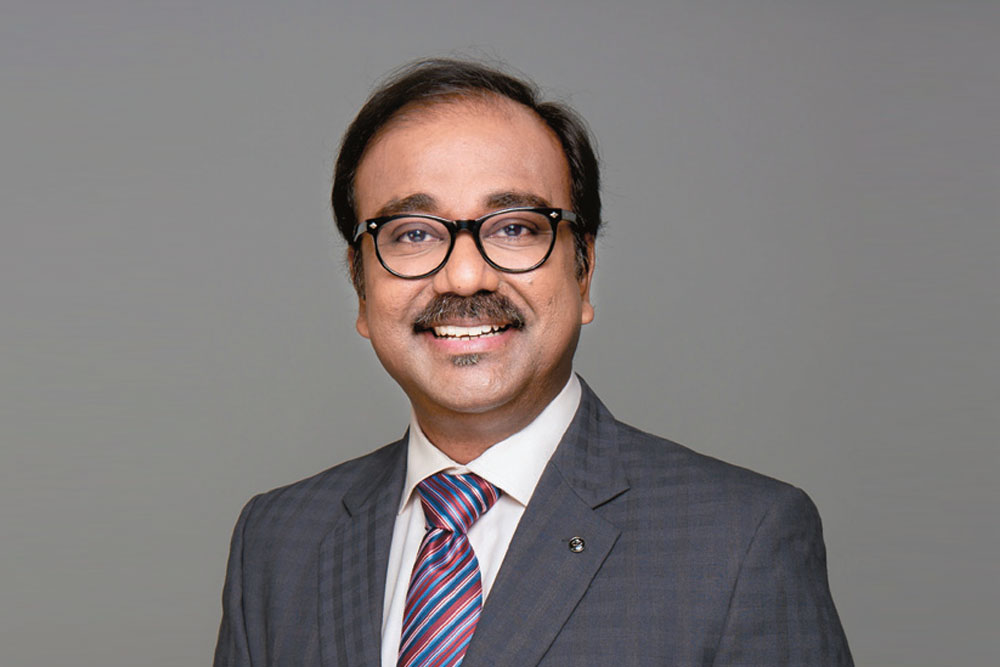 Samantak Das, Chief Economist and Head of Research and REIS, JLL India explains the changing dynamics of the real estate sector, in an interview with Himali Patel

Housing for all by 2022 - how close is India to achieve this target?

India has steadily been moving on its plan to achieve ‘Housing for all by 2022.’ However, we believe that the pace of supply of units under the mega scheme is slower than expected and there may be some delay. Under Pradhan Mantri Awas Yojana (PMAY)-Urban, over 93 lakh houses have been sanctioned, of which over 28 lakh have been completed. Additionally, over 1.5 crore rural homes have been completed under PMAY (Gramin). These numbers are impressive, but the pace of construction has to increase if the timeline is to be met. The challenge is private participation. Developers, despite government incentives and sops, have not been able to take up such projects in huge numbers.

So far what has been the impact of RERA and GST on the sector?

Both GST and RERA impacted the sector adversely in the short term. Since the objective of these reforms was to bring transparency and a level-playing-field among various stakeholders, the medium to long-term impacts are likely to be positive.

An analysis of inter-temporal trends reveals a temporary weak phase when sales and launches saw a drop because of these disruptions (See table). 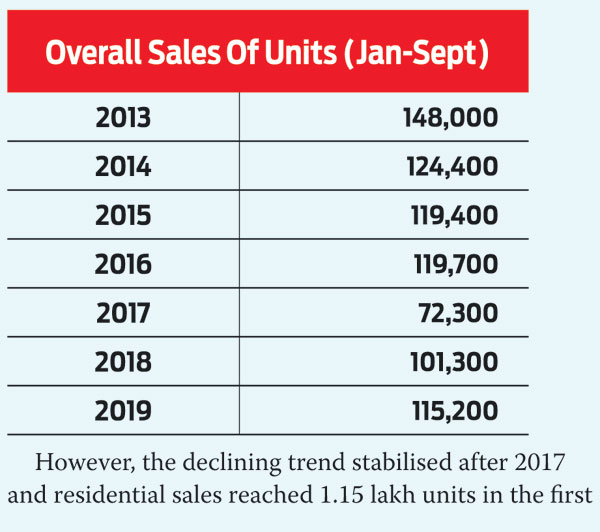 However, the declining trend stabilised after 2017 and residential sales reached 1.15 lakh units in the first nine months of 2019. The recovery has been gradual and the quantum of sales remains tad below the 2016 (pre-demonetisation) levels.

Overall, the impact of RERA and GST registration will be visible in the longer run. With increased focus on deliveries and project completion, the market is expected to improve for homebuyers.

As per the Reserve Bank of India, housing affordability has worsened in the last four years. What could be the cause?

On the contrary, as per JLL Home Purchase Affordability Index, affordability has improved across India’s seven key cities from 2014-2018 due to favourable home loan rates backed by stable house prices and rising household incomes. All cities, except Mumbai, were above the affordability threshold in 2018.

In the next two-three years, we expect affordability levels to improve further, backed by a modest growth in home prices and the transmission of reduced repo rate to home loan rates.

Please talk about the key trends that would shape the housing market in 2020?

Against  the popular opinion that the entire residential sector is in trouble, it is the upper, mid-income and premium segments that are affected. At present, 84 per cent of the total delayed residential projects lie in Delhi-NCR and Mumbai. Also, the centres of growth are shifting from major cities to Tier II and III cities.

As the majority of the current demand remains in the affordable and mid-income housing segments, several developers are trying to align themselves with the trend. The past disruptions such as demonetisation, RERA and GST, and the recent NBFC crisis, continue to pose hurdles. Developers are more focussed on delivery of projects. Student housing and co-living are likely to bring in the next phase of growth. The effective implementation of the proposed Model Tenancy Act will play an important role in the growth of organised rental housing.