Time To Hold Some Gold Again 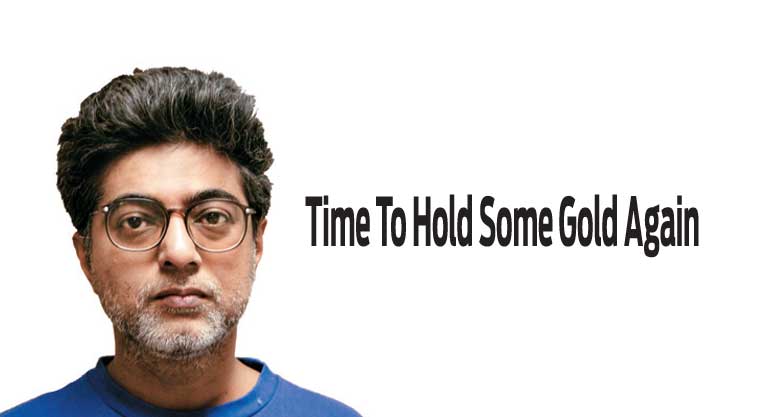 There are good times. There are bad times. And, there are uncertain times. We are living through one of the latter periods. If you’ve lost money this year, take heart, since you’re in good company.  A look at the returns of mutual funds between January and November 2018 shows many of the best professional money managers suffered losses.

The popular indices suggest that it’s been a disappointing year. The Nifty was up by four per cent during those 11 months. That’s less than a fixed deposit would have earned but at least it was positive. An index ETF would have returned around four per cent too, allowing for tracking errors.

The reason for this underperformance, is that most stocks went down even as the Nifty went up. Indices like the Nifty are constructed with weights given to the free-float value (free-float is the equity not held by the promoters). So a few big, high-priced stocks can pull  up an index, even if the majority of stocks travel down.

But only ETFs and index funds hold portfolios which mirror the index by holding the same stocks in the  same weight ratios. The returns of active portfolios depends more on positive movements from a  majority of the stocks held.

There is every chance that stocks could lose ground during this window of uncertainty. If the next government adopts populist policies, growth could  stay down and the market may be depressed for a  longer period.

Don’t panic - there are several things that you can  do, to tide over this bumpy phase. First, it’s a good time to prune unsatisfactory equity holdings, or consistently underperforming equity funds. You can book losses to  be carried forward and offset against any gains in the  next eight years.

If you’re holding a fund with a consistent track record, or you own shares in a business that is sound, just ignore the volatility. Don’t stop taking SIPs in diversified funds with good long-term records. Look at the situation this way. An extended correction reduces your cost of acquisition and the market will eventually bounce.

You can also consider several different types of diversification. One is to go abroad, buying into USD assets, or Euro assets. This is still an unpopular  option but it is entirely possible. Holding USD denominated assets would give you a hedge against further rupee depreciation.

Another hedge is to increase your holdings in the asset traditionally considered a haven in troubled times. That’s gold, of course. If global growth does stall, gold is likely to go into a bull-run. Gold exposure can be increased by directly buying the metal, by speculating in gold futures, and by holding gold ETFs.

The best investment opportunities will arise, if there’s a coalition government and Narendra Modi is not the next Prime Minister. That could result in a crash. It would be the ideal situation to increase equity exposure. The Modi government has disappointed on the economic front with demonetisation, and a poor implementation of GST. Moreover, coalitions have historically delivered the best returns – think of Narasimha Rao, and think of UPA I.

Your motto for 2019 should be: Pay heed to sentiment but don’t be swayed by it. Happy Investing!