The Wheel Of Fortune

Home »  Magazine »  The Wheel Of Fortune 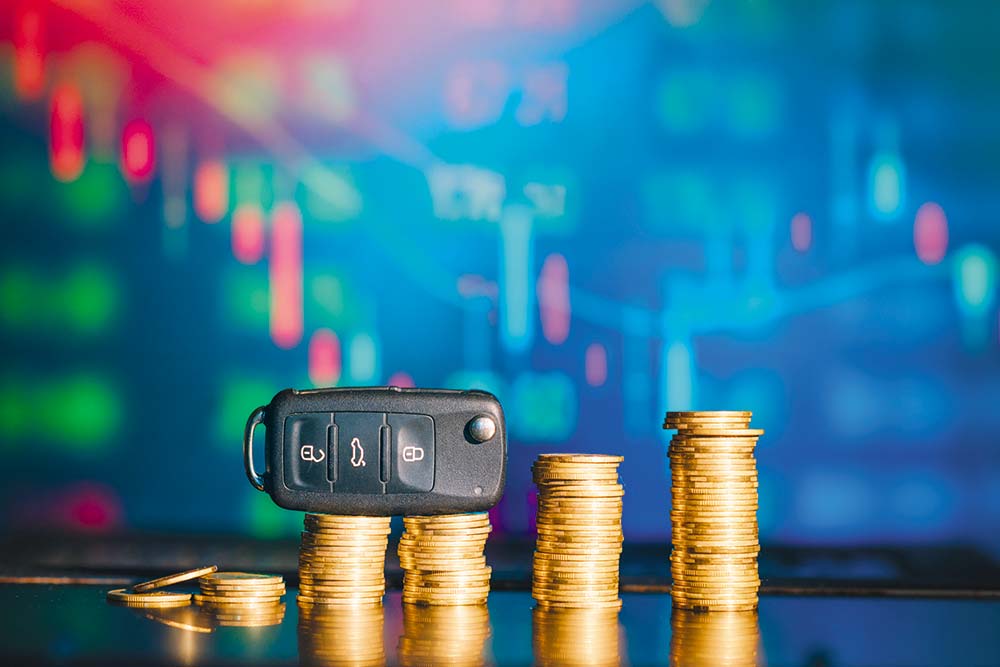 ‘Objects in the mirror are closer than they appear!’

True indeed. Even before the automobile industry could vroom out of the pandemic blues auto stocks seem to have revved up and snatched investor attention. The spike has outpaced all projections and rests on a solid chassis built to weather a rough ride.

After over two years of sustained downhill drive the automobile industry slammed the brakes and took a U-turn around last August. Dispatches from most major carmakers zipped past not only the pre-Covid phase, but also the months preceding the pandemic, indicating a long-built pent-up demand and riveting India’s economic recovery.

It was this premise that fuelled hopes of impressive returns when Pritesh Dinesh Jain worked on the investment blueprint for his money. The 34-year-old Mumbai resident believes that the automobile industry follows the economic cycle closely.

“A slowdown in GDP growth over the last few years had resulted in muted or negative performance for the automobile industry and now with the economic revival on track the sector is set for a turnaround,” he says.

Jain was not wrong. Neither was he the only one to think this way. Murugappa Katti, of Pimpri-Chinchwad in Maharashtra, has been investing in auto stocks for years. The low interest rate regime is a good opportunity to take exposure to auto stocks in a bigger way, believes the 67-year-old.

Jain, Katti and hundreds of others, who reposed their faith in the auto sector, didn’t drive into a blind lane. The BSE Auto Index jumped almost 80 per cent in one year to April 13, 2021. Most brokerages are also upbeat on the fourth-quarter financial performance of automakers. Supportive macroeconomic factors and expectations of a strong cyclical upturn are likely to put the auto sector in the top gear, according to a report from the brokerage house Emkay Global Financial Services. The analysis forecasts a steady three-year run for the industry.

Although the auto sector has gone into the fast lane, the asphalt has suffered severe damage through the past few years. Auto sales had slowed down by double digits in 2020-21 across most segments over the last one year, shows data from the Society of Indian Automobile Manufacturers (SIAM).

“On the sales front, a deep structural slowdown in the industry even before the pandemic, combined with the impact of Covid-19 in 2020-21, has pushed all vehicle segments back by many years,” says SIAM President Kenichi Ayukawa.

The industry skidded into a crisis in 2018 propelled by a slump in consumption and a general economic slowdown. The crisis sustained for the next couple of years with the Covid-19 pandemic pushing it deeper into the red last year. The sector, however, steered out of the worst towards the end of the year with the economy hitting the recovery track.

A second wave of the pandemic began threatening India’s economic recovery since March. With spiralling cases of infection and mortality there’s a grave concern over the revival of different industrial sectors. But the auto space has an advantage from the measures slapped by the authorities to contain the spread of the disease.

The first quarter earnings for the financial year 2021 have been a nightmare for most sectors because of the prolonged lockdowns from March 25, 2020. The two-wheeler segment, which was struggling for a few years, saw its volumes soaring after the lockdowns were lifted, thanks to social distancing. Market experts are bullish on the prospect for the segment. “An increasing preference for personal mobility may drive sales. We believe once the situation is under control there would be strong growth from the second quarter onwards,” says Deepak Jasani, who heads retail research at HDFC Securities. 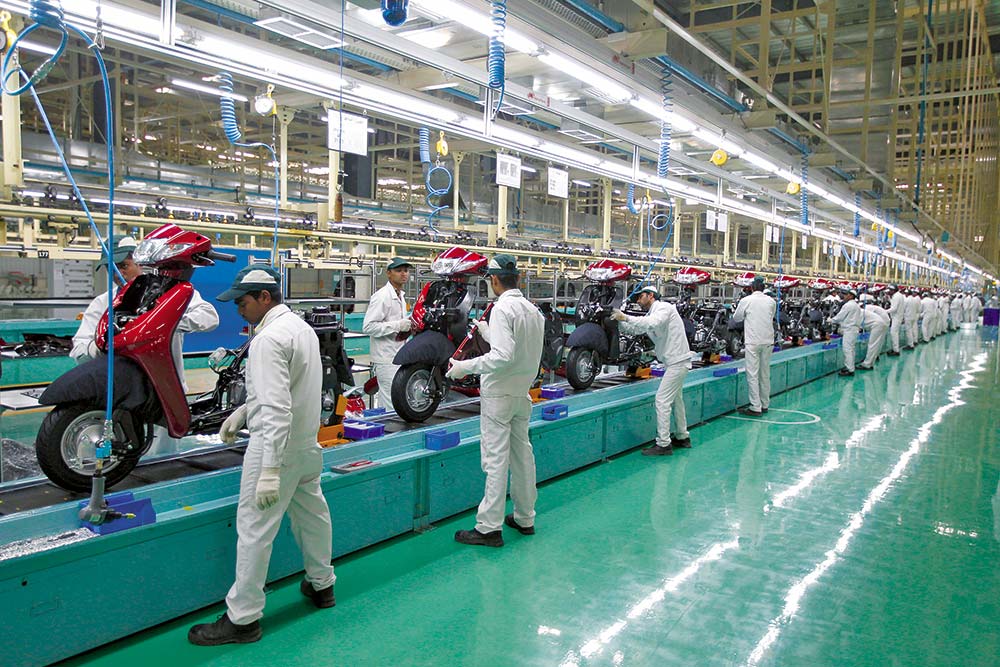 The gradual shift from fossil fuel to electricity has started gathering momentum across the world. The simmering race for wider carbon footprints has been driving investor attention to Electric Vehicle (EV) manufacturers.

The EV segment is still at a nascent stage in India for any listed company to rely heavily on it. Tata Motors rules the passenger EVs with 72 per cent market share. Nexon EV from the Tata stable has become the top-selling passenger vehicle in the EV segment, while M&M is supplying last-mile connectively or delivery vehicles to e-commerce players. M&M, the first Indian carmaker to debut in the EV space, has also invested around `1,000 crore to ramp up capacity.

Katti flashes a wide smile when he looks at his portfolio. Over the years, he has accumulated 25,000 shares of the company. “Tata Motors is performing very well in all the segments. Its passenger vehicle division is doing good, its Light Commercial Vehicles (LCVs) and Heavy Commercial Vehicles (HCV) divisions are in good shape. And, the company is on the verge of introducing battery-driven LCV in the EV segment,” he says.

Experts, however, sound a note of caution because the industry is still evolving in India and it would be too early to predict the impact of electric vehicles on the stock prices. A number of infrastructural changes are essential for the segment to go full throttle. Moreover, many companies that have invested heavily in EVs are not listed and this could translate into some pressure on listed stocks.

“One should carefully craft his or her portfolio wherein stocks without firm commitment towards EV or the one who’s existing product profile will get disrupted by EVs should be avoided,” says Shashank Kanodia, a research analyst at ICICIdirect. 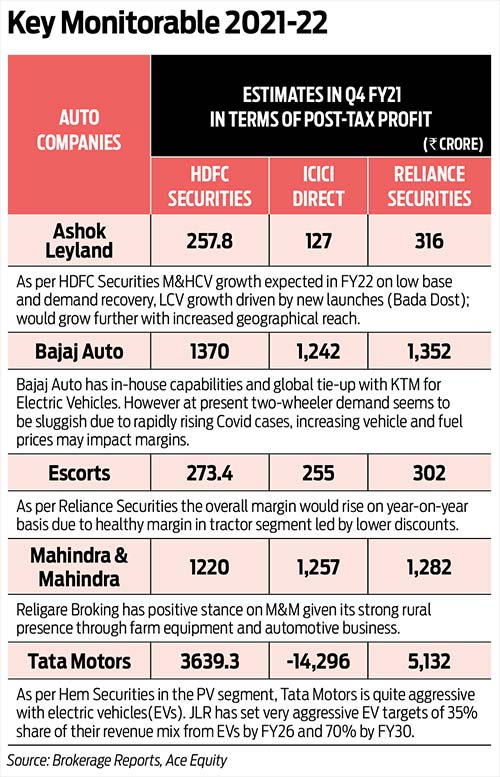 From a Drive to a Glide

The Indian automobile industry shifted from BSIV to BSVI in April 2020. Although it has resulted in lower emissions and better efficiency, the consequent price hikes also impacted the demand to some extent. “The impact of the BSVI has played out with the vehicle prices increasing in the range of 10-20 per cent across segments. This has led to an increase in content per vehicle for auto ancillary companies,” says Naveen Kulkarni, Chief Investment Officer at Axis Securities.

After the bumpy ride, the industry has veered into the speed track, of course there are some sharp turns and speed-breakers along the way. The rising number of Covid cases and the chances of consequent lockdowns pose a threat to the demand surge. Increasing commodity prices may also dent the EBIDTA margins for the companies. Scarcity of semiconductors, higher fuel prices, increasing competition, and threat from new EV players may also hit manufacturers of vehicles and ancillaries.

Most experts still converge on the road ahead for the auto sector. Low interest on loans, rural growth and pent-up demand are likely to pilot the industry into a higher growth trajectory. A favourable monsoon will also help the industry to pace up. Higher household income has sustained the demand for tractors in rural India, aided by an increasing push for farm mechanisation.

After strong positive volume traction in the second half of the year 2020-21, demand in the auto sector moderated at the beginning of this fiscal. “We expect industry to report double digit-growth in 2021-22 on a low base, while growth momentum would taper down from the fourth-quarter level. We expect the first quarter of 2021-22 to record robust growth due to the base effect, while the industry might see lower growth second quarter onwards,” says Mitul Shah, Head of Research at Reliance Securities.

The automobile industry is still recovering from the slowdown woes. The sales numbers for 2020-21 are still down 20 per cent from the industry peak in 2018-19. Demand in the sector is picking up gradually but it still has a long way to go.

The industry has so far been dominated by incumbents with traditional business models, but there is a clear shift towards electrification and digitisation which may pace up over the next decade. “Investors can use correction in markets to select auto stocks that have strong volume and earnings growth outlook, reasonable valuations and strong balance sheet,” says Arun Agarwal, Deputy Vice-President of Fundamental Research at Kotak Securities. “In the present changing technology landscape, the focus should also be on owning businesses which are promptly adapting themselves to this change.”

An investor should also focus on a long-term sustainable competitive advantage (MOAT) to grow at industry leading growth rate, have manageable leverage on B/S, generate robust cash flows and are capital efficient in nature. “We would avoid stocks which are high in debt, have inconsistent growth and poor cash conversion rates with a huge pileup of inventory. Due to the cyclical nature of the industry, some companies aren’t able to sustain the lockdowns as efficiently as their peers,” advises Nirali Shah, Equity Research Analyst at
Samco Securities.

It is often said that a car comes in three dimensions – height, width and debt. The first two have been tailored to the need of the owner, while the third is resolved by lenders with easy consumer loans, making a vehicle an essential lifestyle component from what once used to be a mark of luxury in India. In 2019, the country became the fourth largest auto market, displacing Germany with about 3.99 million units sold in the passenger and commercial vehicles categories. India is expected to peep Japan as the third largest auto market by the end of this year.

As the market whirs back on the growth track, it unveils before the investor a wide vista for taking long-term positions, for the best returns on their investments.

With inputs from Yagnesh Kansara

Settle Your SCORES With Broke Brokers

Driving Out Of Darkness