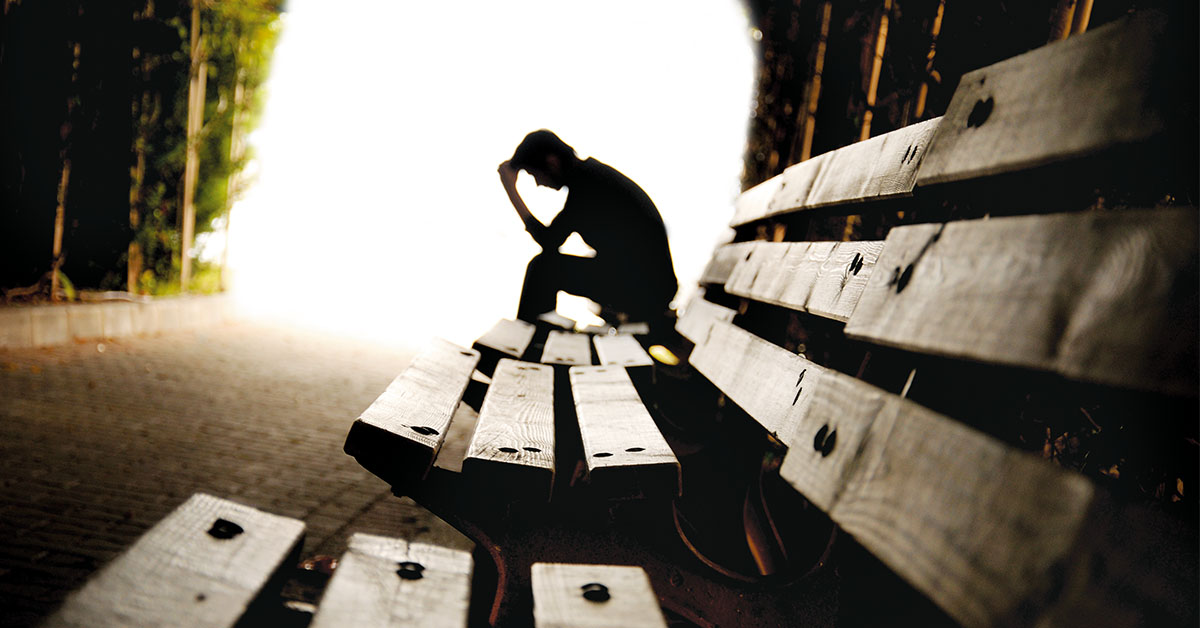 Every illness has its seeds in our psychology. The sudden alleged suicide of Bollywood actor Sushant Singh Rajput stirred up the debate of mental well-being once again. Actress Deepika Padukone, who has battled clinical depression and runs a foundation for mental health says one must reach out, “Talk. Communicate. Express. Seek help,” after Rajput’s demise.

Insurance is readily available to treat mental health illness too, all clubbed along with general health insurance products. However, only a few insurers like Star Health Insurance and Bajaj Allianz General Insurance among others are providing comprehensive cover for out-patient or OPD and in-patient or hospitalisation charges. An illness that is mostly treated in OPD, often gets ignored by most insurers. However, recently the insurance regulator IRDAI has set new guidelines for insurers to change their approach towards mental health.

According to a report by Lancet, mental disorders are among the leading causes of non-fatal disease burden in India. The situation is so grave that around one in every seven Indians were found affected by mental disorder in 2017. And the report also accepted that India’s systematic understanding of their prevalence, disease burden and risk factor is not readily available.

According to the 2017 Act, mental illness means a substantial disorder of thinking, mood, perception, orientation or memory that grossly impairs judgment, behaviour, capacity to recognise reality or ability to meet the ordinary demands of life, mental conditions associated with the abuse of alcohol and drugs, but does not include mental retardation which is a condition of arrested or incomplete development of mind of a person, specially characterised by sub normality of intelligence.

Recently, a PIL was filed in Supreme Court on insurance coverage for mental illness treatment in India. The apex court has asked IRDA to explain why insurers were still not adhering to its guidelines to cover mental health illnesses under their regular scheme. The insurance regulator has issued guidelines to standardise mental health illness coverage in India by Sep 30, 2020.

Sanjay Dutta, Chief-Underwritings, Claims and Reinsurance,  ICICI Lombard says, IRDAI has given time till October 2020, so some companies have made mental illness coverage as a part of their policy and some are still in the process of  doing it.

Dr S. Prasad, MD, Star Health and Allied Insurance says, “It has to do with society as well, as out of 100 people suffering from mental illness, 80-90 per cent people never go for treatment due to social stigma and some other reason. There is a treatment gap as only 10 per cent go for treatment. So, I will say awareness of mental health and its coverage is still at. very nascent stage.” It is important to know the things you should look before buying any health policy covering mental illnesses.

If a person approaches a psychiatrist for consultation and diagnosis, it is considered as an out-patient department (OPD) treatment. In majority of the cases psychiatric treatments are done in OPD only. Even a report by a panel on mental health constituted by National Human Rights Commission claim most mental illness don’t require hospitalisation. Similarly, most policies do not have OPD benefit and hence won’t cover the treatment. Hence, many experts feel an ideal mental illness cover should include outpatient expenses.

The most important thing to look at is whether the policy is covered for hospitalisation only or for OPD too. So, if you are going to buy policy you should go through the fine print and understand what is covered and what is not covered. 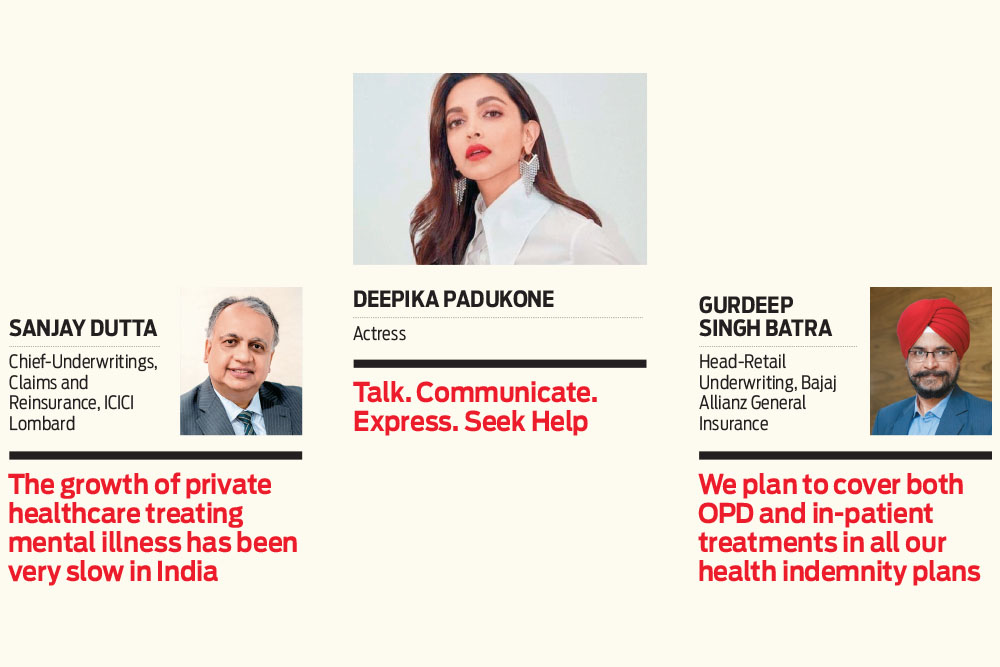 “Mental illness treatment is mostly taken care of on an outpatient basis and existing health insurance policies (Indemnity policies) most commonly cover hospitalisation expenses Bajaj Allianz General Insurance’s Health Care Supreme plan covered mental illness on outpatient basis since 2014 and now it is being covered on inpatient basis in our other plans like Health Infinity, Extra Care plus and Arogya Sanjeevani. We are working to cover the same in all our health indemnity plans which would be implemented before October 1, 2020,” says Gurdeep Singh Batra, Head-Retail Underwriting, Bajaj Allianz General Insurance.

These day some policies cover OPDs and Star Health do not distinguish between a person seeking an OPD treatment from an endocrinologist or an orthopedist or a psychiatrist. If OPD is covered and a patient visits a psychiatrist it is treated like any other disease and the claim is paid too.

How effectively insurers have modified their underwritings guideline that is what is to be seen. However, Dutta sees this as a demand and supply problem. He says, “The growth of private healthcare treating mental illness has been very slow in India. Even if you go to major hospitals they don’t treat mental illness in India. Once healthcare infrastructure for mental illness improves, insurers will follow. We need enough people to buy it on standalone basis.” Even as mental health illness is advised to be covered under standardisation of health products it is not pitched as a separate product.

Like any other insurance plan, mental health insurance too has some exclusions. So, if you go by the definition of mental illnesses there are two clear exclusions - first the plan does not cover any sort of  mental retardation and secondly outcomes due to abuse of drugs and alcohol are not covered.

Sudden Surge In Demand For Credit Cards Among New Users

What’s On Offer For COVID-19 Patients?