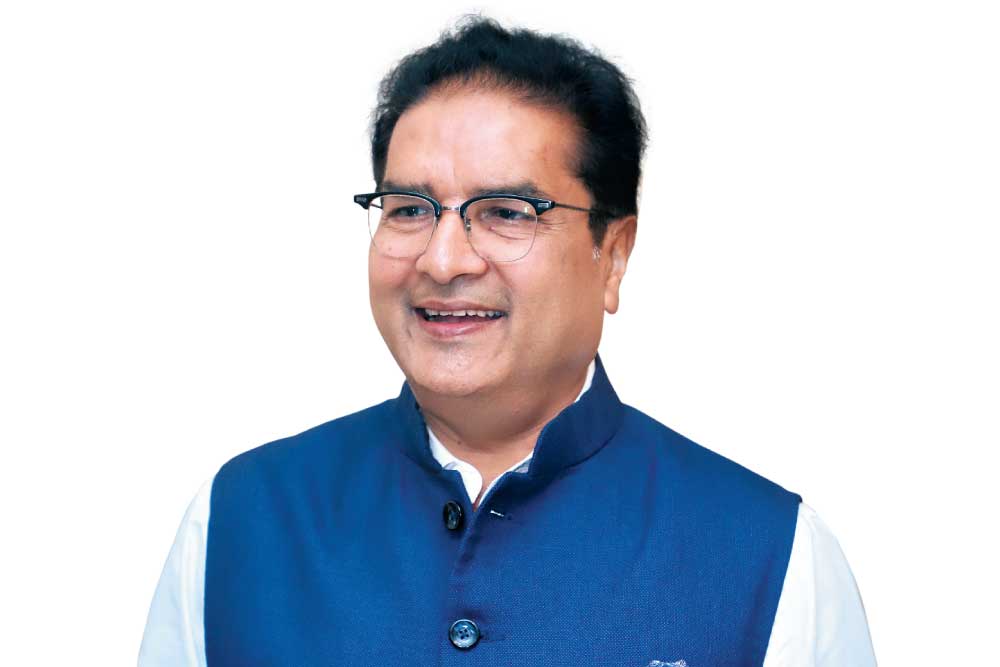 Along with known Who’s Who of the financial and Economical sphere, the Evergreen Bull of the Indian stock market, Raamdeo Agrawal, Chairman of Motilal Oswal Financial Services, is also worried about the current state of the Indian capital market and economy. He expressed his concerns on how the economic situation is unfolding and hopes the slowdown does not get prolonged further. In a free-wheeling talk with Yagnesh Kansara, he dwelled on various issues related to equity market and art of investing.

How do you see the current state of the economy and the financial markets?

Look at the aura of Prime Minister Narendra Modi. With him at the helm of affairs, we shouldn’t even be thinking of doing “mandi” (going short). However, when we look at the corporate performance, we really get disturbed. One major reason for weak corporate performance is poor liquidity. What has gone wrong on this front is not fully clear yet. Of course, the collapse of non-banking finance companies (NBFCs) is a key reason for the drying of liquidity flows, causing immense stress, especially for the small and medium enterprises (SME) sector. I believe this is just the first round, which has completed about 12 months. If it gets prolonged, even larger companies will start getting hurt.

Here’s an example of product demand but no liquidity. I met the owner of a plastic pipes company. He said, there is a demand for pipes from government agencies, but for that he needs to augment his production capacity by installing new machines. Now, the problem here is scarce liquidity. To purchase new machines, he has to make a down payment of 30-35 per cent and the balance has to come from funding either through banks or NBFCs. The banks have become extremely risk-averse, whereas NBFCs are short on liquidity as banks have almost stopped funding them.

What are the main factors responsible for the tight liquidity situation?

Demonetisation, RERA, IBC and IL&FS imbroglio are some of the main reasons for the collapse of funding. Credit offtake is down 88 per cent, the first time ever in my life. This liquidity issue is a very crucial and it is the root cause of every other pain. The RBI has done every bit – be it Repo rate cut, putting in place liquidity enhancement measures and others. But there seems to be no signs of liquidity flows becoming normal.

What is hurting market sentiment? How is Government responding to that?

I would say that the corporate tax rate cut has done its bit to boost market sentiment. That was done on a Friday. But the market always wants more. So, we all are waiting for next Friday... (laughs).But meanwhile, the problem is worsening with each passing day. The recent news about Goods and Services Tax (GST) collections falling by 10 per cent to Rs 92,000 Crore, the recent fall of PMC Bank and other such uninterrupted negative news flow is hurting sentiment. However, one good thing about this Government is that it has enough advisors, enough programs and enough political power to address the situation. Now, how they’ll do it, is for the finance ministry, RBI, NITI Aayog and various other policymakers to sort it out.

Is Nirmala Sitharaman a roll-back FM?

Now, there is no point in fixing the blame on one individual. The BJP government is facing situation of such a magnitude for the first time in its last five-six year tenure. I think what is needed is correct diagnosis of the problem plaguing the economy. If I am suffering from cancer, but have been prescribed the medicine for cough and cold, how will I get normal? The problems need to be identified and resolved. There is no point in pursuing a policy of highhandedness. What is required at the current stage is hand-holding. You have to understand the problems, which are simple and known and all these problems have known solutions. These are no rocket science. If you are unable to solve the simple problems today, tomorrow these will become more complex and complicated. Fortunately, our long-term economic fundamentals are very strong.Favourable demography, rising per capita income and low debt levels are other big plus points. However, a key worrying pointis: our aggregate corporate profit is now down to two per cent of GDP, which was at one point was at 10 per cent of GDP. Besides, there are other impediments to growth like environmental issues and frequent judicial interventions.

What do you think is important for this government - politics or economics?

The way this government has earned political success, it is truly remarkable. In 2019 general elections, everyone including people from the ruling party were sceptical of crossing 225 seats. But you have seen the results. They have made inroads into those states where it was next to impossible for them (e.g. West Bengal). Following the thumping political mandate, it was expected that they will perform equally well on the economic front, but so far it’s not been the case. As they say, in the long run, good economics is good politics. I am confident that the government will put the economy back on track soon.

Government has announced a series of measures in the last 45 days. Are these adequate?

What is required from the government is a focussed approach in solving problems faced by the economy. Instead of adopting a piecemeal approach, a holistic solution is needed. Delaying this is actually inflicting more damage than doing good to the economy. It is impacting all stakeholders. Individuals are dipping into their hard-earned savings while companies are dipping into their reserves. I have not met a single person – be it a multi-billionaire or a small entrepreneur – who hasn’t complained about their business slowing down.

However, I am drawing inspiration from this government’s move to cut corporate tax rate. It is a very bold move by the PM, suggesting his vision is very clear. I think it’s now time for the PM to come to Mumbai, meet up with entrepreneurs-businessmen, and do all other right things to take control of the economic situation.

How do you see the markets performing in next two-three quarters?

We at Motilal Oswal are eternal bulls. We are bullish in a bull market and even more bullish in a bear market! So, given this mindset, I believe the downside in the market is very limited now. Having said this, I’ll be ultra cautious in terms of certain points. One of the concerns is that there are a very few companies, who are making more profits and the losses of loss-making companies are rising. I will give you some numbers. In FY19, all profit-making listed companies together posted a cumulative net profit of Rs7 Lakh Crore. However, the losses of listed loss-making companies have risen to Rs2.5 Lakh Crore (five years back, the cumulative loss figure was just about Rs50,000 Crore).

Now you analyse this profit-loss figure in the backdrop of recent cut in corporate tax rate. Who will benefit the most from this rate cut? Obviously, profit-making companies as there’s no question of tax for loss-making companies. Now, if you are stuck up with shares of such loss-making companies in your portfolio, you will see the impact in terms of value erosion. The good is becoming better and the bad is becoming worse. This is the challenge which needs to be reversed.

Your advice to the investors?

You have to be very careful with what you are buying. It is better that you buy high-quality companies with sustained long-term growth and build a diversified portfolio.

Dangerous To Time The Market

Flowing Back For Better Returns