Stay Invested to Steer Out Of Uncertain Times

Home »  Magazine »  Stay Invested to Steer Out Of Uncertain Times 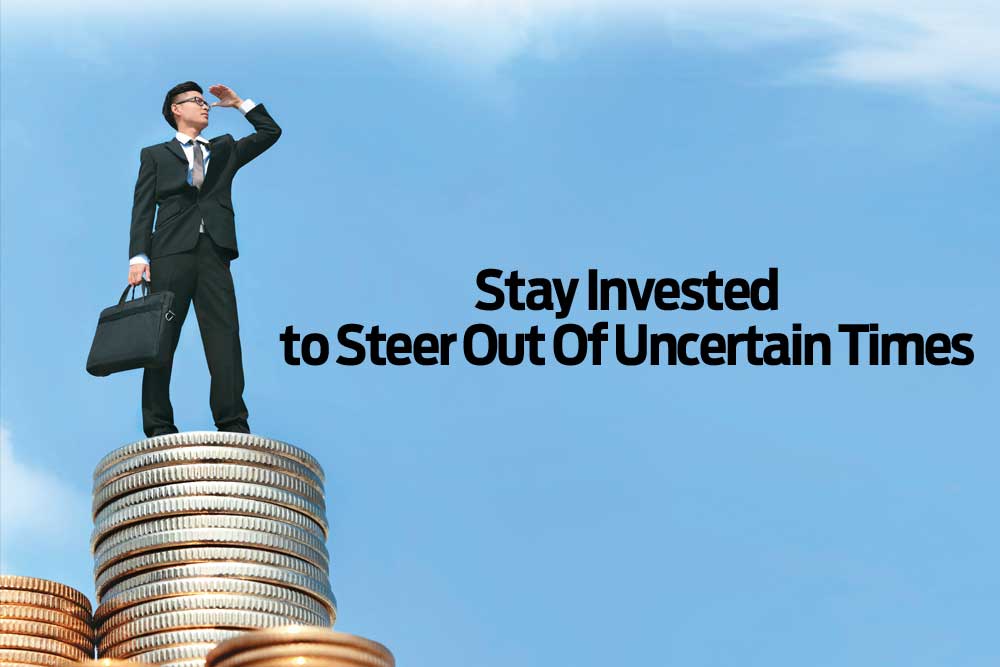 So, what is the message we are getting from these two different examples. It is loud and clear. From the first scene, we can see the fund raising activity through SIP and other routes into MFs have slowed down and the road ahead may encounter troubles if not a difficult path. In the second scene, we saw the wealth manager himself advising his risk-averse parents not to increase their equity exposure further and shift to safer investment avenues like bank FDs.

Data collated by Computer Age Management Services (CAMS), a Sebi-registered Registrar & Transfer Agent, suggested that net sales of Asset Management Companies (AMCs) in equity and balanced funds have drastically come down. This is the data, which shows gross sales by all the MFs minus the redemption by investors from the equity and balanced funds over a period of 14 months. Net sales, which were Rs13,850 crore in the month of April 2018, in these funds, have come down to Rs1,107 crore in May 2019.

This shows investors’ sentiment has taken a hit and more than one reasons can be attributed for this. Political uncertainty has been cleared with a new government established at the center with even more strong mandate. However, there are several issues ranging from slow down in corporate earning, geo-political issues like US-China trade war, rising US-Iran tension having its impact on crude oil prices and most importantly in the domestic market, rising concerns over companies defaulting on payment of interest and principle on debt they have raised from the market.

Commenting on the current scenario, Swarup Mohanty, CEO, Mirae Asset Global Investment said, “Fundamentally, MFs are a pass through product. We are into the business of giving returns while managing the risk of money we have collected from the investors. Investors need to understand that while investing in MFs, they are taking a risk. The quantum of risk may differ. It may be higher in equity as they are volatile in nature while investing in debt is also not completely risk free. Now what happens is that, investors are equating their investment in debt segment as safe as the bank FDs and that is where the problem lies. If one of the companies who has issued some bonds and if it defaults in interest payment, its rating naturally gets affected. If in that paper, one of the debt funds has invested, it is definitely going to get affected. Investors’ perception is important. Revision in ratings of the company and papers issued by them is a quarterly exercise, so they are bound to get affected depending upon their performance in the past quarter.”

Joseph Thomas, Head, Research, Emkay Wealth Management said, “The current situation is the result of overlooking credit risk in debt investments. Quite often the pre-occupation is with price risk or interest rate risk. The defaults by prominent firms and groups and the downgrades added fuel to fire. This has led to people choosing safer avenues in debt. This may not impact mutual funds much. But there will be definitely shift from affected asset classes or schemes to less affected ones or cleaner portfolios”.

Mohanty echoed similar views and said, “Stress with one company or one paper should not be viewed as entire MF industry is facing trouble. The MFs are handling huge amount of AUM under debt category out of, which hardly two to three per cent has affected. The assets under stress too will come out with the passage of time. Perception and patience are the key to solve these issues”.

Thomas said, “The equity markets have seen some sell off in those companies which are likely to face issues due to liquidity problems and lack of credit lines. The impact is already visible in some NBFCs and also in retail finance. Business is shifting from some of these companies to banks gradually”.

There is one more concern that has gripped the equity side of the market and that is slow down or stagnation in the profitability of the corporate India. The growth of net profit housed under BSE-500, the wider benchmark of the Bombay Stock Exchange (BSE) has stagnated over a period of one year. BSE-500 companies posted consolidate net profit of Rs4.78 trillion in FY’18 while this figure marginally grew by Rs9,000 crore to Rs4.87 trillion in FY’19. The marginal growth in the profit could also be attributed to the fact that growth of economy has slowed down. Can this slow down impact return from the stock market? 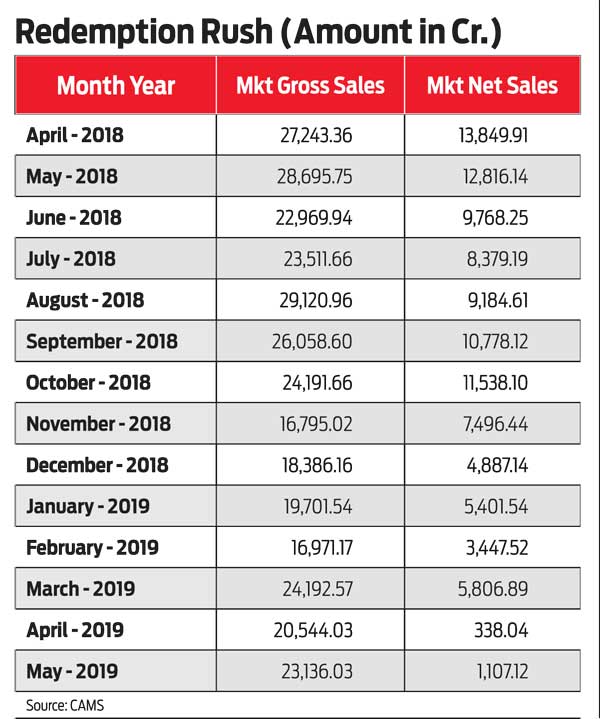 Confirming this, Thomas said, “The weakness in the broader market is due to a number of different factors mainly having to do with the deceleration in economic growth, lower earnings growth, likely slowdown in global growth. The current debt market conditions may have a limited impact on select sectors. RBI has already initiated steps to alleviate the situation by cutting rates and by injecting liquidity into the interbank market”.

However, Nimesh Shah, CEO, ICICI-Prudential AMC said, “One should look at the returns that has been provided by the market in last five years and not the last 40 years. People somewhere believe that if you invest in equity, you will double the money in five years time because that is what has happened during last 40 years. Doubling the money in five years time, is a return of 15 per cent. People will give you examples of last 40 years and how that has happened earlier. The inflation rate was very high earlier and with a 7 per cent growth rate and the 7 per cent inflation, the nominal growth rate of the country was 14 per cent and markets also gave around 14-15 per cent over the last two-three decades. But, in the last five years, when the inflation came under control, the market returns over the last five years were 9.5-10 per cent. That is not a small return because in a lower inflation environment, our interest rates will also be lower and the return from equity will also be that lower”.

“If two per cent to four per cent is the rate of inflation and you are getting equity returns of 10-11 per cent, it is a good return. If the market returns gives those kind of returns and you add the alpha that mutual funds can give on that is a ball point figure. We should not expect what happened in the last 40 years to happen in the next 5-10 years, that is why in that space again I am saying that interest rate on our current YTM is at around 10.5 per cent, in a credit risk fund you have to deduct expenses and if that is the kind of returns that one can make out of debt funds, they are good returns, they are not bad returns, concluded Shah.

These are the uncertain times and it should be taken into stride by the investors. Market experts are advising that investors must make most out of such challenging times. They should see current period of challenges as blessing in disguise and increase awareness about their investments, where are the funds are investing, in what papers, what are the quality of the papers they are investing in, they should ask such questions to their investment advisors, relationship managers. Not only that MF investors should also look into other aspect such as how diversified is the portfolio, is there any concentration of assets having exposure to single business house or group. Also if they are investing in a fund, they should also look at the profile of investors, who have already invested in it, its geographical spread, which may help them in case there is a rush on fund. If the geographical spread is pan India and retail participation outnumbers institutional investors, the rush on fund can be curtailed.

Also, one has to keep in mind that present crisis is limited to handful of companies operating in the lending space and not the entire sector as is being projected. What are we facing currently are the small road blocks, which may come and go but that should not affect the investment journey. Investors in the mutual fund space, who have invested with a long term goals (retirement or child’s education) should continue with their SIPs as the long term India story remains intact and is unaffected.

Smart Surfing In A Turbulent Market