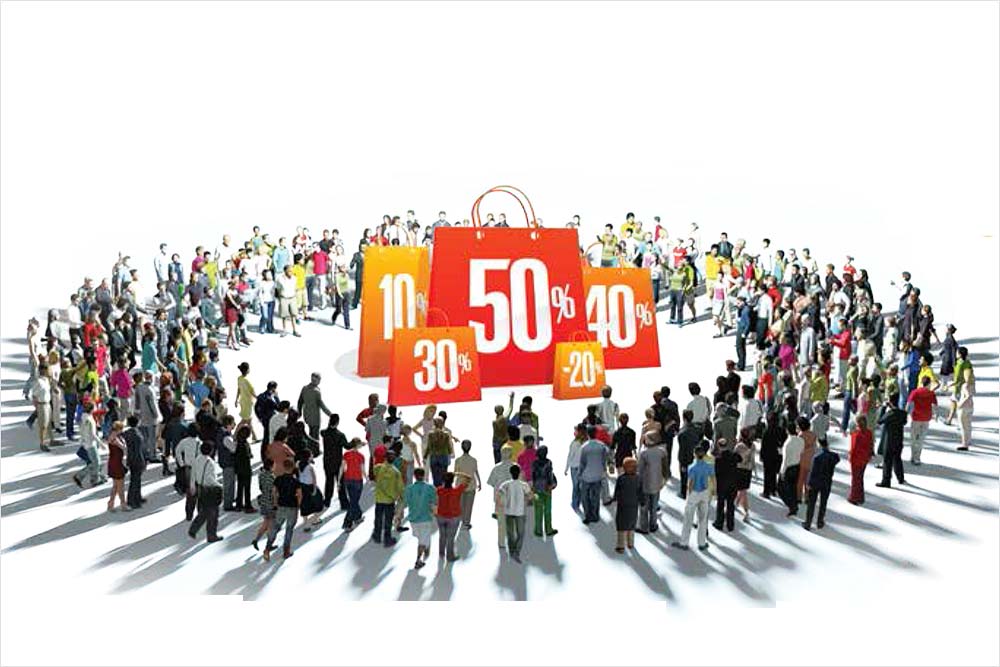 Ragini and Sajeda, friends from college, plan to meet around Dussehra to do the Garba together after a gap of four years. “I’ll buy you a multicoloured ghagra-choli for the dancing,” Sajeda said over the free WhatsApp line. “What’s the point of dressing up if we can’t go out…and we’re not even sure there will be celebrations this time,” her friend said sceptically. “The whole point is buying for each other! Let the spirits soar a bit after Covid-19,” Sajeda persisted. Experts call this sort of buying ‘retail therapy’—exactly the mood-lifting mantra thousands of producers and retailers across India are hoping consumers would chant this festival season. “There’s a pent-up demand caused by Covid fatigue. There’s also a strong expectation of festival discounts, which will trigger a lot of buying,” says Sanket Kapoor, Managing Partner, Flexi Capital LLP, a New Delhi-based private boutique wealth firm.

For those in the relatively richer brackets, the will to splurge during festivals may also be spurred by the realisation that they ended up saving a lot of money on liquor, restaurant bills and petrol during the lockdown. So there’s actually a rebound effect waiting to be unleashed. The feelgood mood generated by festival lights, aided a bit by IPL, might just open the sluice-gates for the dammed-up waters.

A survey conducted by marketing and technology firm InMobi showed 26 per cent of the respondents plan to spend upwards of Rs 25,000 this festive season. That’s actually a massive increase over 2019 when just 16 per cent said they would spend that amount, while 20 per cent said so in 2018. Some, in fact, may be eager to spend 10 to 100 times that amount! One reason is, the pandemic has created its own set of perceived needs. They include computer and online games which have found new converts among home-locked urban populations. Tools perceived as effective counters to the virus threat—air purifiers, ultra-violet cleansers and Ayurvedic supplements to boost immunity—too are selling briskly. The story is entirely different for the millions who’ve seen job losses and a sharp reduction in income during the pandemic. They will try and avoid festival expenditure to the extent possible. Some may struggle though—spending becomes its own contagion, and desire spreads through the classes. Many others have decided to be ruthlessly frugal in their spending, though they do not face financial problems.

Indians spent Rs 19,000 crore in just six days at Amazon’s ‘Great Indian Festival’ and Flipkart’s ‘Big Billion Day’ sales in 2019. The total sales through e-commerce sites this time last year was 30 per cent higher than 2018 and 77 per cent more than 2017—also an index of the growth of e-commerce in India.

So should you give in to the lure of discounts and the urge to spend during festivals? Isn’t a bit of celebration vital to lift the spirits, weighed down by social distancing and an enveloping atmosphere of sickness and morbidity? Most financial advisors believe it’s best to avoid big splurging and conserve as much funds as possible. “Our view is, all primary bread-earners should try to optimise savings so that expenses on festivals such as Diwali don’t exceed 30 per cent of the monthly expenses,” Kapoor says.

If the focus is on increased savings, where does one put the money? People are asking A good strategy at this time is to keep most of your investments in liquid assets that don’t have lock-in periods and can be terminated whenever you need money,” says Nikhil Kamath, Co-Founder, Zerodha, India’s biggest online broking platform. He suggests investing 50-60 per cent of the surplus funds across various debt instruments, including tax-free and tradable bonds like those issued by Indian Railway Finance Corporation and the National Highways Authority. These are safe: they come with government guarantees and offer much better returns compared to bank fixed deposits.

“Many people have 70 per cent of their savings locked up in real estate. I would advise them to reduce this to the extent possible and make their funds work harder in other options,” he says. Annual rental yields have fallen to 1.5 per cent of a property’s asset value, making it a poor investment option, Kamath explains. He suggests investing 25 per cent in government debt and 35 per cent in stocks, including mutual funds. Of this, only 10-15 per cent should go for pure stocks. Investment in real estate should ideally be limited to 40 per cent of total savings. “Buying gold at this time does not make sense…there are signs of correction and an uncertain future,” he says.

One risk during festival time is credit cards and the lure of financial loans—either in cash or during the purchase of consumer durables. It’s important to keep a check on whether the portion of debt, some of which is avoidable, exceeds your tolerance limit in income terms. You may already be paying instalments on a housing loan, and it’s best to control the desire to possess new things. Have you planned for emergencies, for retirement?

“Covid-19 is a wake-up call. You need to create an emergency fund of liquid savings equal to nine months income. It’s also a good idea to save in advance for festivals and weddings,” says Hina Shah, director of Luhem Financial, a Mumbai-based certified financial planner. She says it is possible to save 15-25 per cent of your monthly expenses by cutting down on variable expenditure. Financial advisors suggest writing out an elaborate financial plan. For example, it’s better to save for a new sofa or refrigerator months ahead of buying instead of purchasing on loan instalments.

The habit of sleeping over big purchases and fact-checking and rationalising the family budget from time to time is also a good habit.