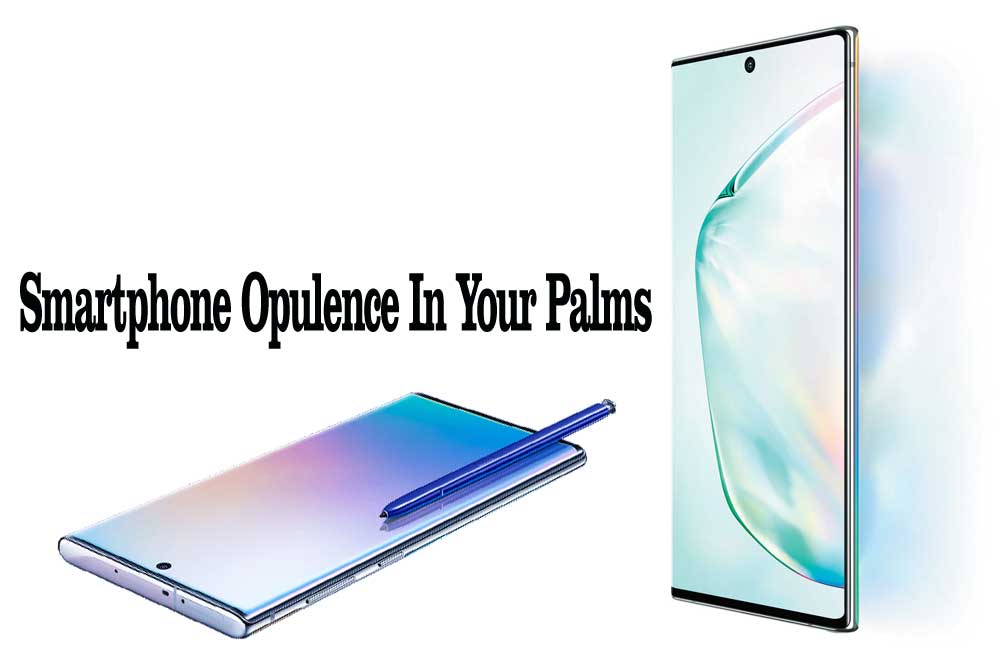 For the astute mobile phone user, Samsung’s brand new smart phone Note 10 plus has it all–a big and dynamic screen, speed, memory, a good battery and as an icing on the cake the brilliant S pen, which keeps on reinventing itself every version.

The beast comes with a 6.8 inch Quad HD+ AMOLED display and the version we tested has 12 GB RAM and 256 GB memory. With that kind of RAM, speed was superfast and all functions were completed at lightning speed even with multitasking. There is also a version with 512 GB of storage, which shies even some of the modern laptops. There is also the micro SD card slot, which can enable one to increase the storage space in case one needs anything beyond what is already supplied. But in today’s digital world where videos are the way of life, one might just need that extra bit of space in the phone, for the last YouTube video may need to be accommodated.

The AMOLED display is pretty sharp and colours come out bright and blacks are darker and reds are clearer than other phones in the class with its HDR 10 and HDR+ screen. This makes watching videos on this phone a pleasing experience even with bright ambient light. Of course, those who use Samsung’s Galaxy S 10 have experienced this kind of display before.

To add to the heightened tech specs, the phone is IP68 water and dust resistant so it is well suited for Indian climates where perspiration and dust are common play. While most new smart phones boast of Qualcomm’s latest Snapdragon 845 series and upwards, the Note 10 plus uses the Exynos 9825 processor from Samsung stables. Acoustics are from AKG so sound is premium and the stereo speakers produce crystal clear sound, which is pretty loud for a smart phone. The supplied earphones are also from AKG.

For a power hungry machine like this, the 4300 mAH battery does full justice to its requirements and keeps the phone alive for a full day’s work comfortably. We ran the phone through a grueling day’s schedule through at least 150 calls coupled with constant use of WhatsApp and Facebook along with some battery draining games and it easily lasted the full day although it started retiring towards the end of the day making one feeling a bit let down considering the size of the battery and the cost of the phone which made one want better.

Now, the cameras. The phone has three cannons to shoot, which are placed in a vertical array. This includes an ultra wide 16 MP (f/2.2, a 12 MP wide angle OIS (f/2.1) and a third Depth Vision camera. The front is loaded with a dual pixel 10 MP (f/2.2) camera for selfies, which is pretty sharp in itself. The cameras functioned pretty nicely on all kinds of settings and gave really good results with the ultra wide and close ups. With the Depth Vision added to it, bokeh was also good for portraits. The results during the night were also worth mentioning. But the camera is somewhat similar to Samsung  Galaxy S10.

Of course the show stealer is the S Pen, which comes docked within the phone, which helps it charge when not in use. The S Pen with its Air Action feature is definitely the phone’s USP and makes it stand above the rest. It gives a lot of flexibility in the use of the phone for the user and makes using the phone look easy.

Galaxy Note 10 plus is a definite buy for those who want top specs and are willing to loosen their purse strings a bit.