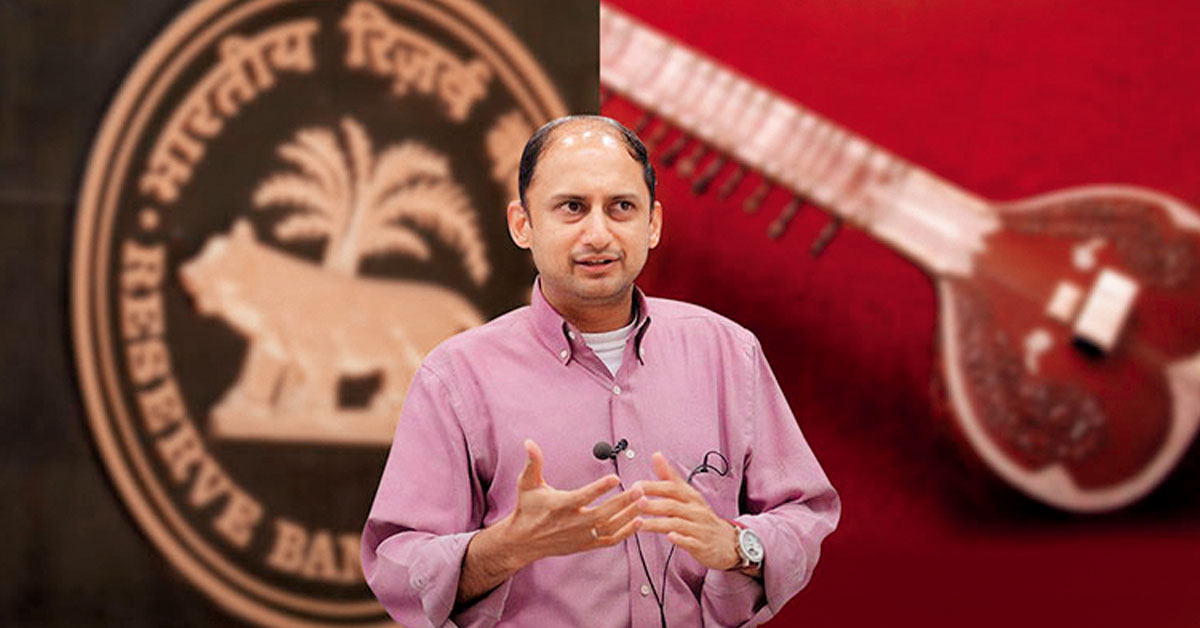 Former Deputy Governor of Reserve Bank of India, Viral Acharya in his latest book - Quest For Restoring Financial Stability in India - has figured out some key issues in India’s financial sector and suggested some measure too, during an interview with Rajat Mishra. Edited Excerpts:

The RBI came up with a loan moratorium during this pandemic. Your views.

I think there should be some scope in the system for temporary stopgap measures, especially, if the shock is unprecedented like this pandemic, which no one could have anticipated. The shock in terms of working conditions, the inability of large sectors to generate immediate revenues during lockdown can’t be completely left unaccommodated. The moratorium with a sunset clause is the right approach. The idea is to accommodate the temporary problems, without eliminating the discipline of repaying creditors on time.

We need to prepare the financial system for absorbing losses and ensure there is a wherewithal, both in corporate restructuring as well as in personal delinquencies that may arise.

You have always supported decisive recapitalisation of banks. Why do you think this mitigates the adverse impact of the pandemic?

As we expect some economic activity to revive and rebound with COVID getting controlled, we would want the cost of credit for corporations. Those who have productively aided in the revival, should have low cost of borrowing. The undercapitalised banking system is more interested in maintaining hefty margins to generate a quick return on capital. They are not interested in growing their loan book and competing for loans by offering attractive lending rates. So, if we have an undercapitalised banking system fighting legacy loan problems, coming out of COVID will still not aid in economic recovery. They will act as a headwind to economic recovery. Thus it is crucial to ensure the economy doesn’t have a lasting scar from the pandemic.

Do you think RBI has failed in predicting recent situation where banks and NBFCs went bust? What do you suggest?

Yes, failures do happen. Not even the best of the banking regulators in the world get all failures, right. Even the Federal Reserve got the housing crisis wrong. The question here is - are we learning from these mistakes, do we have the capacity to fix the failures and reduce the likelihood of their recurrence? The RBI’s financial stability report has been flagging some of the risks regularly. Now we have to address them. We have not been able to do so in a decisive manner so far. We need to question, diagnose, and then fix things.  The central bank should adopt a supervisory specialised carder, use big data analytics and risk management techniques, besides onsite supervision. The central bank should adopt regulatory stress tests that needs to be embedded in the supervision and the regulatory framework. The stress tests should clarify how much capital needs to be raised by banks ahead of time so that the bridge can withstand crises.

How do you assess the distressed NBFCs in India?

It has something to do with the post-demonetisation gush of deposits that came from the informal economy into the formal economy. Banks were not in a capacity to lend given their poor capitalisation. Therefore, yields on deposits were low and these deposits flew into debt liquid mutual funds, which then started chasing the higher yields on the non-bank finance company paper. So, this sudden surge of liquidity in a very short period led to a deterioration of the underwriting standards, especially in the housing finance loans. Eventually, once the liquidity conditions got tight, inflation rose and so did cost of borrowing in the economy. Overall short-term borrowing pressures went bad. NBFCs should have asset quality review the way it was done for banks in 2014-15. So, I laid out two to three steps that should follow the asset qualitative view. This could be done by subjecting the weakest ones to prompt corrective action. This may mean selling them off and getting the moderate ones to show their capital levels to the healthy ones. Provide transparency in the healthiest ones so that the market doesn’t have to question the balance sheet strength.

How should banks deal with growing Non- Performing Assets (NPAs)?

The NPA has got to rise because economic activity has collapsed in the short run. We are expecting a significant contraction for the whole year. Some of the sectors were already declining or heavily indebted, even in the lead up to the COVID. We shouldn’t forget that our growth had been declining for two to three years even before the pandemic. Hence, the NPAs will see a rise in legacy assets as well as COVID-affected sectors. This is why the Reserve Bank of India’s financial stability report has estimated gross nonperforming assets to be in the range of 12.5 to 15 per cent. Analysts see these ratios going higher than what has been projected. So, the only solution is to prepare the financial sector for the oncoming losses. When you buy a property the decision should be based on location and when it comes to running a financial sector or regulating it, it should just be based on capital.

Do you think the central government has done enough for bank’s retail customers? Please identify areas that require improvement?

We have a huge fiscal deficit and expenditure and a large amount of subsidy-based welfare programmes. The question is whether it is time to rationalise some of that and roll them into some form of a universal basic income because then only the households can decide on things. It would lead to a bit of rationalisation and perhaps a more effective use of subsidies by the households.

The best thing that could be done is to help revive growth. This means finding the capacity to provide fiscal relief and repair. That could mean identifying space for infrastructure investments, which I understand is on the cards. Adherence to FRBM targets with a medium-term, need of an independent bipartisan fiscal council, which can monitor the government’s progress and vet the budgets.

We need to rationalise expenditure - do less on subsidies and more on capital expenditures. We shouldn’t be in denial as to where our current borrowing and deficit numbers are, because the government has been doing a lot of fiscal tricks to do off-balance-sheet and extra-budgetary borrowings.

We need to do a consolidated public sector borrowing assessment so that we know where we are and where we need to be in the medium term. We need to do a course correction - a massive disinvestment wave. This has to happen not just in the non-strategic sectors besides finance, but in the financial sector as well. Large public sector banks can be considered for privatisation, where majority stakes can be brought down to 25 or 30 per cent. Thus public exchequer’s burden for recapitalising banks comes down and doesn’t jack up the borrowing requirements. Disinvestment is required even in insurance and non-banking financial sectors, where the government has a large presence. So, that’s my five-point agenda.

REITs As An Attractive Asset