Recovery Is In The Horizon

Home »  Magazine »  Recovery Is In The Horizon 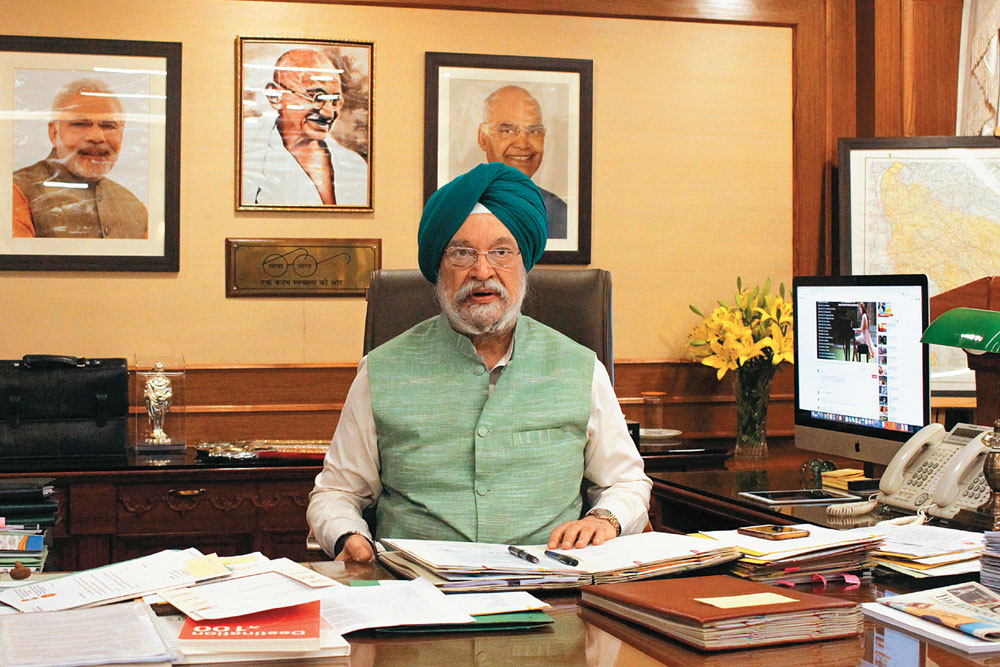 In conversation with Rajat Mishra, Housing and Urban Affairs Minister Hardeep Singh Puri talks about the government measures being taken to solve the realty crisis. Excerpts from the interview:

Are you satisfied with the pace of work being done to pull the realty sector out of the gloom?

The realty sector is on its way to recovery. For the first time in 70 years, the government has introduced a regulator. Earlier the sector was characterised by culture of impunity and everything was informal. Now we have corrected that.

You are going to see for the first time a certain organised predictability in the real estate sector. I think the recovery is already visible. And as far as affordable housing is concerned, the sector is doing very well. Out of the total 112 lakh homes, we have already sanctioned 93 lakh. Something in excess of 55 lakh have been grounded and 28 lakh have already been completed and handed over.

The government has outdone itself in order to revive the sector. But real estate actors also have to step up and show a sense of responsibility. I think working together, RERA will have an effect and by and large the sector  is recovering.

Do you think Rs25,000 crore is enough to complete the Rs1.8 lakh crore worth of stalled projects?

I think it is more than enough for the moment. We are not a nanny state. The government is not going to shell out money to cover up for the inefficiency of the private builders regarding deliverables. We have recently set up a stress fund for the purpose.  We cannot bail out people who indulged in malpractices.

What is your take on the criticism regarding the government-introduced disruptions like demonetisation and GST affecting the realty crisis?

Demonetisation was necessary to end the culture of impunity. A country cannot run its economy on the basis of black money. Have you ever heard of the parallel economy in the US? We did not introduce the disruption, it was introduced by the parallel economy. We are trying to sort it out.

Also, there cannot be 23 different tax rates in a single country, hence the introduction of GST. We are trying our level best to bring back growth and it is also returning slowly.

What measure is the government taking to control the real estate problem?

It is not the mandate of the ministry to play with the market forces. The ministry can provide an ecosystem so that demand and supply issues can be resolved. We are doing our bit and the rest is up to the people. For example, we have increased the urban spending from Rs1,50,000 crore to Rs9,90,000 crore in a span of 10 years. We are doing this through programmatic intervention to revive the urban area, which constitutes the bulk of your GDP and tax revenue.

With renting being most preferred by millennials, what is the government doing to deal with this as there is no law governing this area?

Many people want to own a home but cannot afford to buy one. We are trying to bring in an ecosystem where those who do not want to buy a property or afford to buy are able to utilise rented property.

So, there are measures in the pipeline where we will be able to unlock rented properties. Yes, the time is ripe for institutional renting in India and we are taking measures for that.

The Dynamics Of Asset Allocation