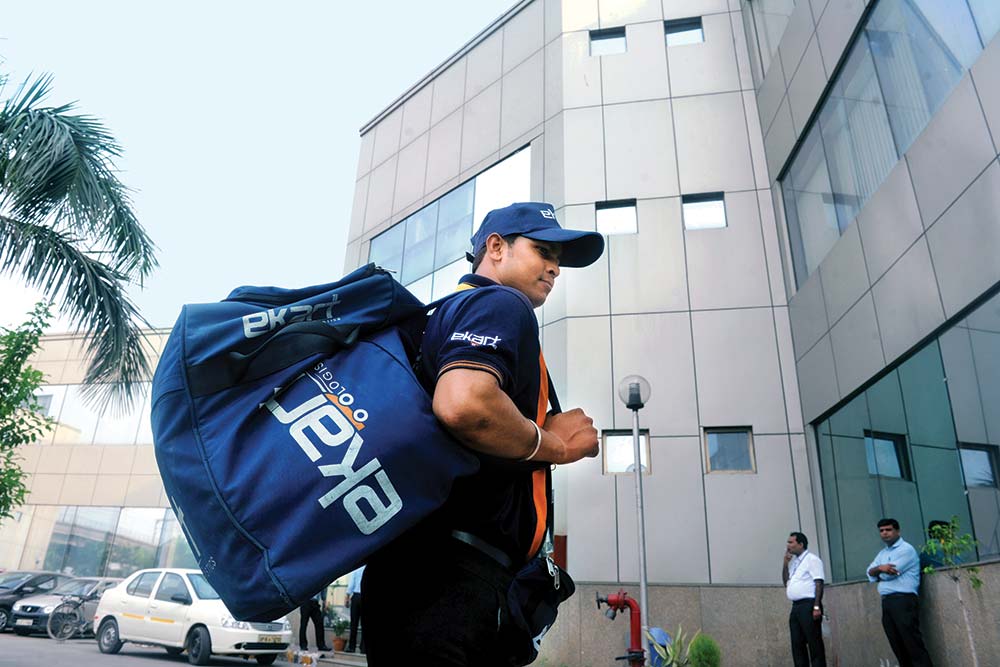 The headlines could send India into collective depression: they incessantly speak of job losses in millions. But the festival season will bring respite—even if temporary, it could get the economy out of its coma. For those able and willing, there’s a slew of new jobs for the taking in e-commerce, food tech, fintech, BFSI and retail. Yes, what’s in demand are job roles in delivery personnel and support functions, supply and warehouse management. But this may help impart a sanguine buzz to India’s ailing economy—like having a glass of cane juice on a hot summer day.

Recently, Walmart-owned Flipkart announced it would generate over 70,000 direct and lakhs of indirect seasonal jobs ahead of its Big Billion Days (BBD) sale. Ecom Express said it would create 30,000 temporary jobs. Similar plans are being shared by Amazon, BigBasket and many others to meet the festive demand. As per OLX People’s Employment Sentiment Survey, ITeS, logistics, and e-commerce are expected to be the biggest employers around October-November: these businesses will require additional staff, especially in the delivery and last-mile teams. The canvas hitherto was awash with red flags and pink slips: around 21 million salaried employees lost jobs during April-August, as the pandemic choked India. CMIE data suggests 4.8 million job losses in July itself, plus another 3.3 million in August. However, experts believe the coming months will see green shoots of recovery as commercial activities resume across India—partly, the unlock process, partly festivals and weddings.

Says Kamal Karanath, Co-Founder, Xpheno, “August ended on a positive swing with over 70,000 jobs getting refreshed or relisted. The total active openings of the month closed at over 2,20,000, crossing the 2,00,000 mark for the first time in over four months.” Thus, June 2020 proved to be the true dip point in the V-shaped graph for jobs in the last two quarters, Karanth says. That’s when India’s economy felt the full cumulative shock of the sudden lockdown, as all activities ceased. It had compelled India’s migrant workforce in the unorganised sector to undertake a harsh reverse migration, and footfall-dependent businesses went into a summer hibernation.

But there seems to be a perceptible shift in trends. A Naukri JobSpeak Index survey points to a 12 per cent improvement in job postings at 1,413 in August, as compared to July. And the ManpowerGroup employment survey projects stable hiring for the next three months, seen against the last quarter. It says public administration, transport and utilities, finance, insurance and retail will lead the fourth-quarter job market. Mining and construction may see only neutral growth. But the festivals will bring a rush of oxygenated blood to some desiccated parts of the economy.

“The gig economy had been on an upward trajectory since before Covid. Now, hundreds of companies are looking at outsourced talent to optimise resource allocation. This is creating opportunities for freelancers. The new ‘remote’ normal is conducive to gig workers. This trend is certainly expected to continue in India,” says Tarun Sinha, Head of OLX People (HBU).

The gig economy is inherently unfair, of course—that’s the whole point of it. The picture is hardly ever rosy for freelancers. A recent study by Dinghy, an insurance provider to freelancers and self-employed, shows 50 per cent freelancers feel they over-served their clients, and 30 per cent admit to having gone unpaid. But this is still a ray of hope amid gloom: as white-collar jobs saw significant erosion, the work available to freelancers has increased. “A chief HR officer of an IT MNC declares an ideal workforce distribution as: 60 per cent employees, 20 per cent contingent workers, 10 per cent freelancers, 5 per cent interns, 5 per cent projects to IIT students. However, achieving the mix is a challenge; employers need to find matching skills, right cost, right location, right time. The four frictions are not easy to manage overnight,” argues Karanth. The paradox is that full-time employees seek the flexibility of freelancers, while the latter covet the former’s benefits: insurance, mediclaim, assured income.

The welcome part is, of course, having any income at all—and the season brings glad tidings. “Hiring patterns have adjusted slightly to the new normal. We’ve seen an increase across cities, including Tier-2/3, where they are expecting a ramp-up,” says Sinha. Hiring activities in Mumbai had dipped by 44 per cent, Chennai by 41 per cent, and Delhi-NCR saw a 40 per cent decline. (The least impacted: Jaipur, Vadodara, Chandigarh.) That’s where the festival season will bring a virtuous bend on the graph.