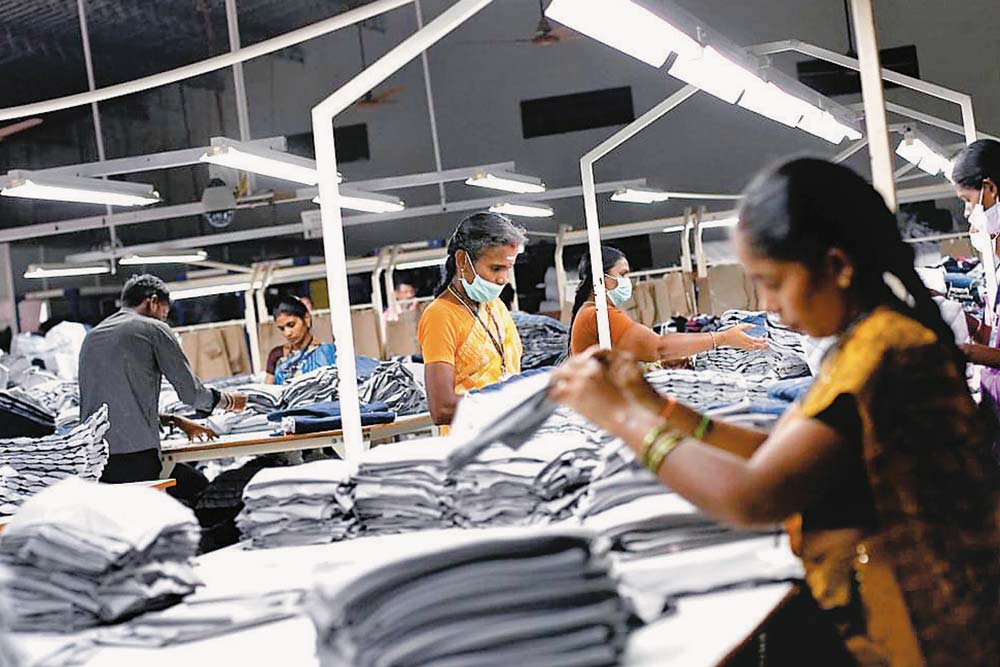 Revival in global trade and export orders does bring hope for India’s Micro, Small and Medium Enterprises (MSMEs) that account for 48 per cent of the country’s exports and happen to be the largest employers after agriculture. However, anxiety looms large on their ability to carry on with severe liquidity crunch, as many overseas buyers are delaying payment and some have filed for bankruptcy.

According to the National Sample Survey 2015-16, there are 6.34 crore MSMEs—6.30 crore micro, 3.31 lakh small and 5,000 medium enterprises—employing 11.10 crore people. The government has been taking various incentives and measures to promote the sector, considered the economy’s backbone. However, unless addressed, the current problem holds the risk of closure of many units, leading to huge job losses—something India can barely afford.

Animesh Saxena, President of Federation of Indian Micro and Small & Medium Enterprises (FISME), says delayed payments would hit almost 90 per cent of the MSMEs. International buyers, who were earlier paying within 30 days, are now seeking 90 days for the same. “Though most big companies have been paying on agreed terms, some are refusing to honour agreements. Many are delaying payments citing various reasons including poor sales,” says Saxena, who is also the Managing Director of Neetee Clothings, an apparel exports company.

The slowdown triggered by COVID-19 forced many overseas buyers to delay payments as goods were not moving off shelves. In some cases, payments for goods delivered were delayed up to six months. Neetee is among the few fortunate that have received payments within 60 days.

With around Rs 10 crore worth of payment stuck, Prit Mohinder Uppal, Managing Director of Faridabad-based Pee Empro Exports, is among those hit hard by the pandemic. “Delay in payments has led to financial problems for us with over Rs 10 crore locked in companies that have declared bankruptcy,” says Uppal. “What worries us is that bankrupt companies in the US and EU will not pay us. These companies will go through a restructuring process to turn profitable again.”

The list of companies in the US, which have declared bankruptcy under Chapter 11 to undergo restructuring, is growing in number. It includes some big names like Lucky Brand, Ascena Retail Group that operates Ann Taylor stores, J Crew, and JC Penny. The story is the same in Europe, with majors like Esprit in Germany seeking protection against creditors. According to norms, liabilities of bankrupt companies are frozen during restructuring and the court monitors the process for a defined period. Exporters point out that one needs to be lucky to receive even 10 per cent of the dues from these bankrupt importers.

What worries exporters like Uppal is that much hangs in the balance, like availing duty drawback on taxes already paid. Same is the case with Rebates under State and Central Taxes and Levies (RoSCTL) scheme. This scheme is an export incentive in the form of a transferable and sellable duty credit ascertained on Freight On Board (FOB) value for export. 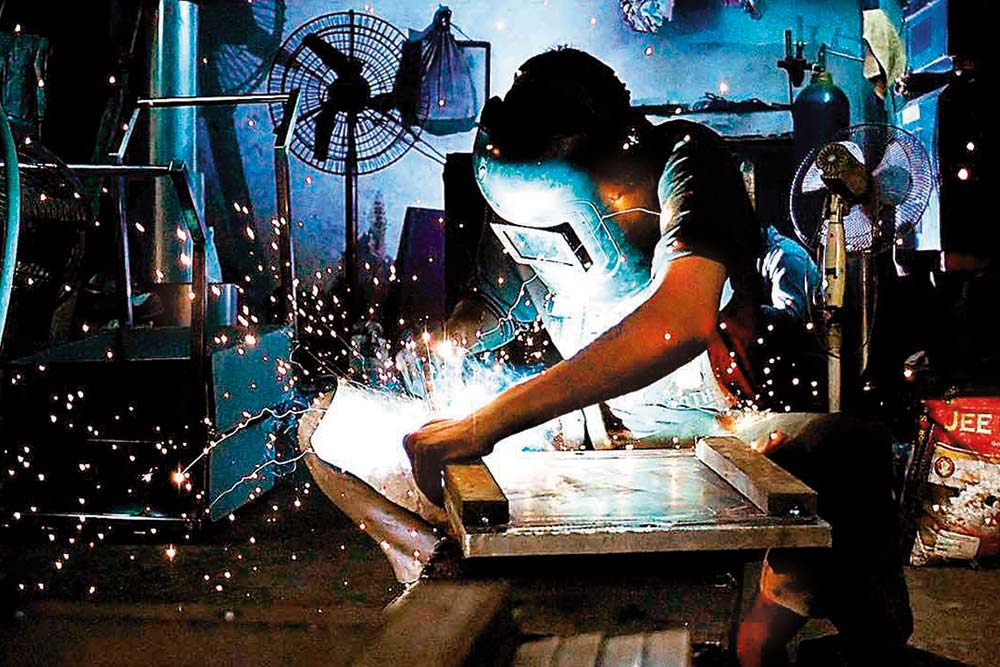 Apart from non-receipt of dues, MSMEs have to endure a legal process to prove to the government that they have lost payment as their buyers have gone bust. There is also a likelihood that the government may demand return of all export incentives availed, with penalty and interest. Having already paid taxes and suffered non payment, these exporters claim, the situation is tough. They fear facing an added interest burden on borrowed funds.

Exporters’ risks have increased due to reduced use of Letter of Credit (LC) during the last few years and more so during recent times. Currently, banking institutions use new instruments like factoring and forfeiting. Several global institutions, which have started operations in India, buy the receivables at a discount and take over risks based on the buyer’s credibility. The advantage is that the exporter can immediately get some money, and the risk element is also eliminated.

Many large Indian companies have marketing set-up overseas to secure buyer’s. “The decline of LC does not mean Indian exporters are taking too much risk,” argues Ajay Sahai, Director General & CEO of Federation of Indian Export Organisations (FIEO).

He is happy that despite challenges, exports are rising. India’s merchandise exports in September 2020 was worth $27.40 billion, a rise of 5.27 per cent against $26.02 billion in the previous corresponding period.

However, exporters argue there is limited credit protection in India. Most exporters seek it through government-owned Export Credit Guarantee Corporation (ECGC), banks, and some foreign companies established in India. With a limited budget, ECGC fixes a limit on risk coverage for different companies.

During any default or mishap, ECGC provides up to 80 per cent of the insurance cover. Large companies block ECGC risk quota early, leaving little for the smaller ones. Unless MSMEs are protected by LCs or insurance, the process of getting paid during a delay or any other mishap can be futile or expensive for exporters.

The impact of the pandemic has been uneven across sectors. Trades in agricultural products saw a dip of 5 per cent, as food, an essential item, continued to be shipped under strict lockdown. However, fuel and mining products fell 38 per cent as prices collapsed and people consumed less due to travel restrictions. Manufactured goods witnessed a 19 per cent drop.

Pankaj Bansal, CEO, TMA International, which primarily exports engineering and electrical goods, including solar panels, did not face too many problems in receiving payment but shares the concerns of fellow exporters facing a severe cash crunch. “Many overseas buyers are asking for additional discounts on orders shipped as well as on new orders. The market has turned extra competitive because the number of players has increased while demand has dipped. Buyers are in a better position to bargain,” says Bansal. 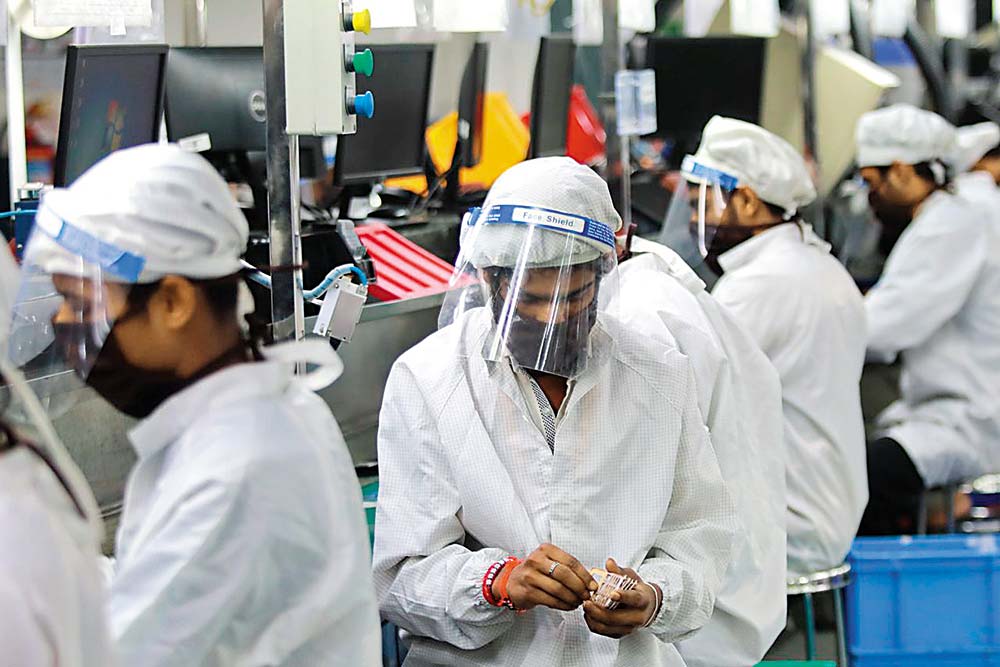 Buyers tend to take their own time to make payments when demand falls. They wait till their stocks are off the shelf. Many seek to make payment in 90 days instead of 60. Before and during the ongoing pandemic, companies were forced to offer discounts, even on previously agreed terms on some orders received or deliveries made.

Bansal points out that the engineering industry, in particular, has been hit hard not just in India but globally as well, due to a 40 to 50 per cent dip in production. Industries in most sectors are suffering. As people are mostly working from their homes, demand for lifestyle goods, including shoes and branded apparel, has been badly hit. The situation is expected to improve in three to six months, say experts.

According to the World Trade Organization (WTO), the overall world average trade dropped 21 per cent during the pandemic’s peak. It has forecast a 9.2 per cent drop in overall trade volume in 2020 and expects a 7.2 per cent rise in 2021.

Relief measures announced by the government to help MSMEs are being implemented, with most banks proactively approaching distressed MSMEs to offer 10-20 per cent increased financial support beyond their existing limits. However, the problem is severe and is expected to take time to settle.

Ravi Sood, General Secretary, Badli Industrial Estate Association, brings to fore another aspect of MSMEs’ challenges. “Delays affecting MSMEs are not just due to overseas buyers but domestic buyers as well. Unlike exporters, who can use various instruments to cover their risks, no such risk cover is available in the domestic market,” says Sood. Private and public sector entities are delaying payments despite government guidelines.

MSME Minister Nitin Gadkari informed in May that outstanding payments to MSMEs totaled Rs 5 lakh crore. A total of 56,797 cases were filed for outstanding dues on the Samadhaan portal of the MSME ministry. Dues have touched Rs 16,601.34 crore. The recent changes in the Insolvency and Bankruptcy Code (IBC) have limited small operational vendors’ scope for triggering insolvency proceedings.

Christmas and New Year sales will determine the growth in global trade of lifestyle products, which was badly hit during COVID, feels Sahai. However, if sales continue to remain subdued, the entire chain—right from manufacturers, exporters to overseas importers, could be hit—leading to large number of job losses.

MSME’s distress could lead to serious job losses and unit closures unless exporters, who are badly hit, get a corresponding domestic market to sell their goods. Simultaneously, units with healthy export orders in the chemicals and electrical sector have been facing a labour shortage. Migrant labourers, forced to leave cities during the lockdown, haven’t returned to work yet.

There have been mixed sentiments and an uneven impact on the sector. It is struggling for revival.