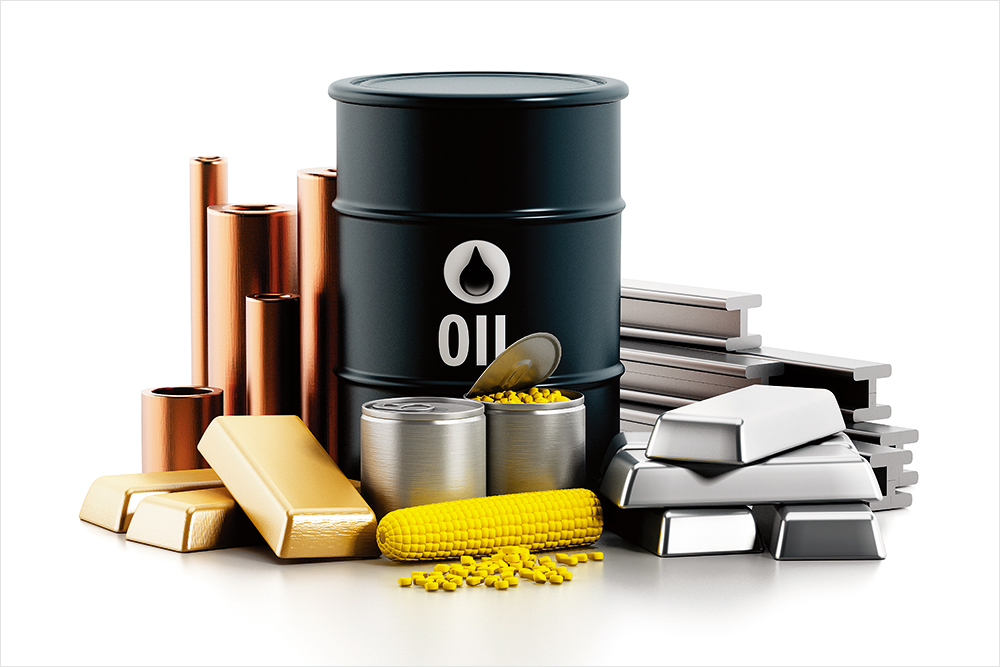 A long-term boom across commodities is seen where global markets are all betting on a strong recovery with agri-products soaring and metals hitting new highs. Commodities have seen a down cycle since their last peak in 2008, just before the Global Financial Crisis.

With vaccines launched and COVID making a gradual decline, there is a hope that by the second half of 2021 the world will return to near normalcy. With global Gross Domestic Products (GDPs) expected to rebound strongly, there is an echo of the 1918 Spanish Flu outbreak that led to the Roaring 1920s of massive economic growth and a sustained bull market.

The ultra-loose monetary and fiscal policies that have seen an unprecedented $19 trillion worth of stimulus pumped into the global economy since March 2020, will only add to it. With the US leading the way, there are expectations of a weakening US dollar, which will lead to rising commodity prices.

There is an increased focus on spending on renewables, infrastructure, and environmental issues. This will generate a further boom in demand for metals. The enhanced demand with limited supplies will lead to an uptick in prices.

Let’s look at what happened in the last supercycle. From 2000 to 2007, ultra-loose credit policies, a weakening US dollar, and a rapidly growing China hungry for all kinds of commodities to feed its infrastructure and construction boom resulted in high commodity prices. The currencies of commodity-exporting countries rallied.

One interesting statistic from that era is, global metals and mining mergers and acquisitions rose from $10 billion in 2002 to over $150 billion in 2007.

The next 12 years from 2008 to 2020 saw commodity prices languish, with a strong dollar, rising protectionism, anaemic growth, and falling Chinese consumption.

This impacted the share prices of commodity companies. From 2010 to 2015, equity funds globally had an allocation of 10.6 per cent in the energy sector. This declined to 3.1 per cent by the end of 2020. Retail investors too reduced ownership of energy assets in their portfolios from 4.4 to 0.6 per cent.

While the allocations were reduced, the total assets under management were rapidly expanding due to 2009 monetary accommodation and ‘spend-your-way-out-of-trouble’ fiscal policies by most governments.

The year 2021 is signalling resurgence, with the confluence of easy money, expanding credit, expected surging demand, and improving sentiment. As vaccines enable normalcy, inflation returns, and interest rates start to rise again, we can expect funds and investors to first close their cyclical shorts and then increase allocations to cyclical and value.

Energy companies will benefit as the capital investment in creating new capacities and replenishing shrinking fields has been lacking for the last 12 years. The oil major Total’s CEO recently spoke about a shortage of oil supplies in the next two years. 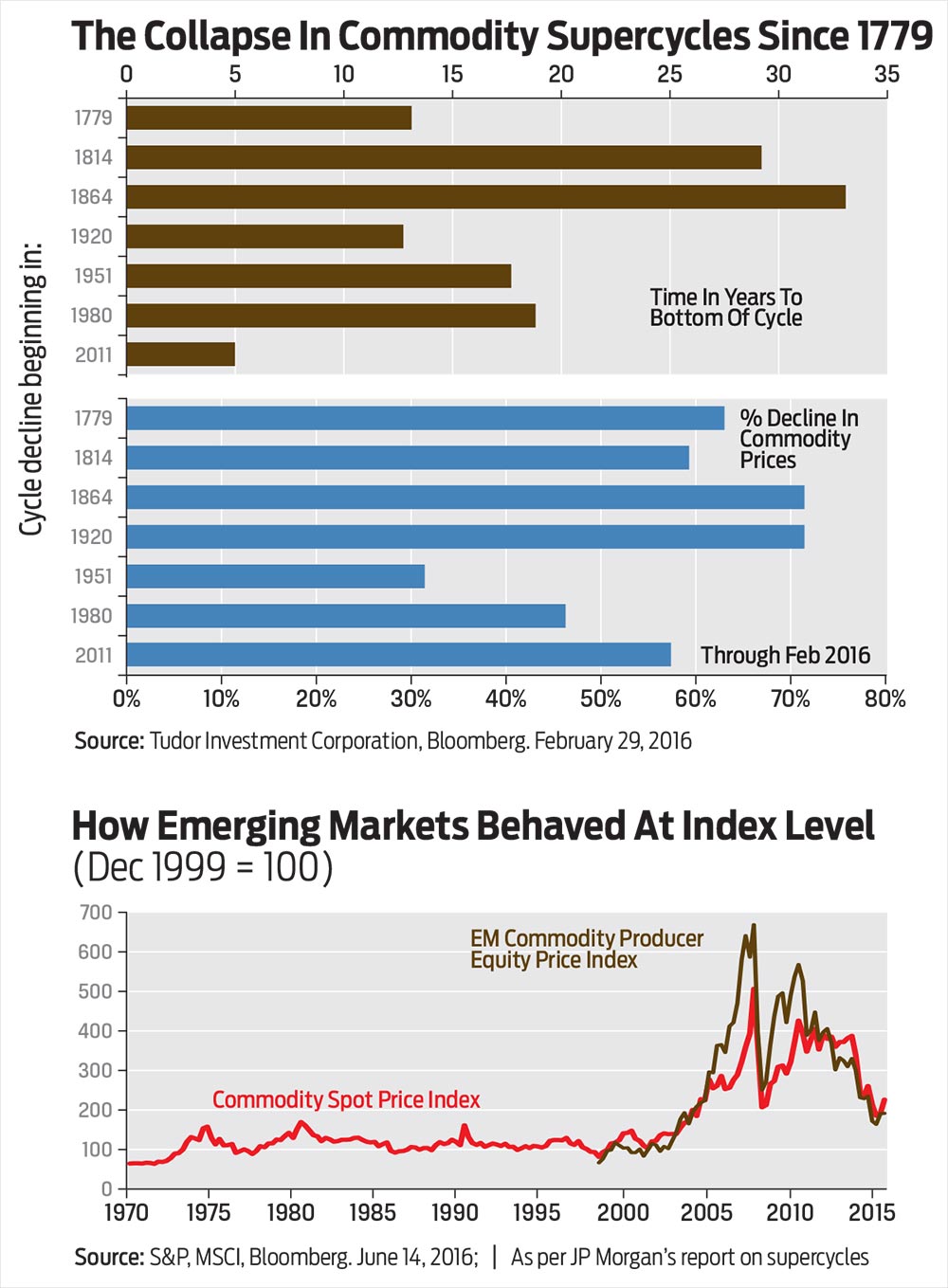 Of course, OPEC plus have a spare capacity of 8 million barrels per day and if Iran comes back to the table, another 1.5 to 3 mbpd is potentially available. But the question remains — will Russia and OPEC let the prices rise or will they increase production to keep prices in check?

Recently, both Goldman Sachs and JP Morgan have forecast soaring oil prices once the pandemic abates, with the stimulus driving consumption. As JP Morgan’s head of Oil and Gas, Christyan Malek says, “We’re going to run short of oil before we don’t need it in the years to come. We could see oil overshoot towards, or even above, $100 a barrel.”

For Indian investors, every rupee rise in petrol and diesel cost adds Rs 12,000 crore to the annual fuel bill for consumers. It is good to buy and hold energy companies and benefit from this supercycle.

The huge infrastructure spend, policies promoting manufacturing like Production-Linked Incentive (PLI), and the Atma Nirbhar Bharat package will lead to a boom. Investors would do well to look at infrastructure-related sectors.

Metals have seen a very sharp rally after an equally sharp fall in March 2020. After nearly a decade, metal stocks are seeing a rally based on both top-line and bottom-line expansion. Copper is at 2012 level highs. Steel, copper, aluminium, and other metal producers are expected to enjoy high margins and high growth.

Commodity supercycles run for nearly a decade. Getting fresh capacities or setting up new mines takes a long time in this capital-intensive business. Investors should buy metal stocks from miners and manufacturers of iron ore to steel, copper and aluminium. The rally in these stocks will come from earnings growth.

In precious metals, we see a sustained rally in silver, which is still below its previous cycle peak. The gold-silver ratio is also pointing at an outperformance by silver. Gold has seen a sharp correction from its August 2020 highs, and the US dollar will give the best prediction on gold prices. A weak dollar will help gold regain its lustre, but inflation expectations and rising yields in the US have strengthened the dollar. We expect gold to regain momentum after a few months. Existing investments in gold and silver should be held. Some innovative gold monetisation schemes are expected from the government to tap into the over $1.8 trillion worth of gold held by Indian households.

In conclusion, I would like to borrow a phrase from the IMF, which recently noted in its Financial Stability Update that policymakers have no alternative but to do whatever it takes to create “a bridge to the recovery.” This bridge is being built. It would be in investors’ interest to use this bridge to their financial advantage by investing in this incipient commodity supercycle. Good luck.