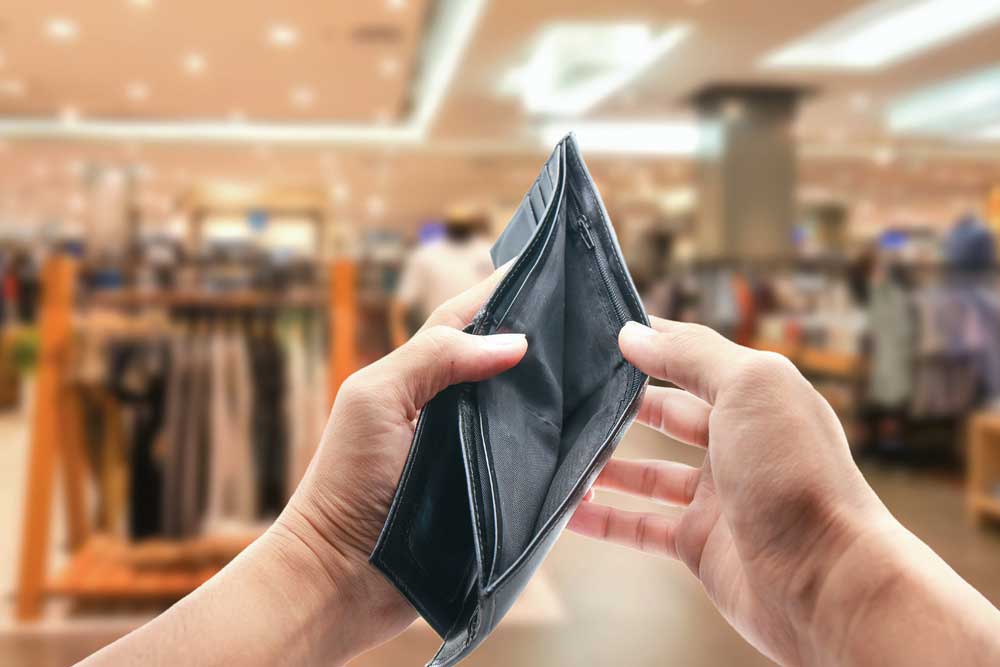 The annual average inflation in India has been following a downward trajectory over the past few years. From a double digit growth of 10.1 per cent witnessed in FY2013 it has come down to 3.4 per cent in FY2019, a sharp seven-year-low. While this might seem like a silver lining in a dark cloud, inflation continues to remain an immutable part of every Indian.

Inflation is a hard-hitting reality and prices of products and services are always on the rise ranging from food, housing, education, medical expenses – almost every sector. Needless to say, such acts of distension have long-drawn consequences and most importantly, with time, eats up an individual’s life savings. In order to beat it, people are always on the lookout for investment tools that can assure better returns.

Among the various kinds of inflation explained above, there exists another variety—lifestyle inflation. Lifestyle inflation refers to increasing one’s spending when income goes up. It tends to continue each time someone gets a raise, making it perpetually difficult to get out of debt, save for retirement or meet other financial goals.

Lifestyle inflation is in a way termed as a wealth-killer, as even before the person realises he ends up spending substantial money on things she does not necessarily require. To understand the concept better, let us take an example; 35-year-old Dinesh, a manager working in an MNC received a hike and his monthly compensation increased from Rs60,000 to 80,000. However, he also saw an increase in expenses from Rs40,000-60,000. This transition was primarily due to an upgrade in lifestyle, moving into a bigger rental property, upgrading from a domestic holiday to an international one, eating out twice a month or visting the salon more frequently than before. It goes without saying that his regular expenses will receive a substantial shot in the arm. This is aptly called lifestyle inflation, wherein an increase in expenses  moves in direct correlation with an increase in income.

Commenting on the phenomenon, Vijay Kuppa, Co-Founder, Orowealth, said, “Lifestyle inflation can be seen in the context wherein an increase in income leads to an increase in expenses. For example, hike in salary leads to a person increasing his or her spend on rental, electronics, holidays, personal care and education. It denotes an upgrade in spending in line with an upgrade in income.”

However, a major question that arises, why does lifestyle inflation occur? Financial experts feel that one common reason is that people feel they deserve a better lifestyle and with the means to afford it, they do not want to lose out on any opportunity. Another probable reason also happens to be the idea of impressing peers, which is often referred to as demonstration effect.

Explaining the concept of demonstration effect, Joseph Thomas, Head Research, Emkay Wealth Management said, “In demonstration effect you tend to match your living standards to that of your neighbours’, friends’ and colleagues’, a phenomenon which came to be known as ‘keeping up with  the Joneses.’”

Lifestyle inflation can have far reaching consequences as it affects people adversely, as money is often borrowed and spent ahead of incomes, sometimes leading to accumulation of debt. This often leaves a person with little money to take care of exigencies like a  sudden layoff or illness.

“With a sudden increase in spending habits, proportional to the increase in income, the actual fraction of money saved remains the same, or in some cases, may even reduce. Thus, lifestyle inflation affects not only your savings, but also the potential goals that you may be directing those savings towards,” said Tarun Birani, Founder and CEO, TBNG Capital Advisors.

However, the perils of lifestyle inflation does not end here. It often increases the propensity to spend on premium products like–purchasing a luxury car, whereas the same amount can be invested and allocated to different asset classes and realise financial goals such as retirement planning and children’s education. Once the income is lost, there is no way to retrieve the same. “The issue with lifestyle inflation is that it can never be dialed back. Once used to a certain lifestyle, it is very hard to go back. This puts a lot of pressure on the income,” commented Kuppa. 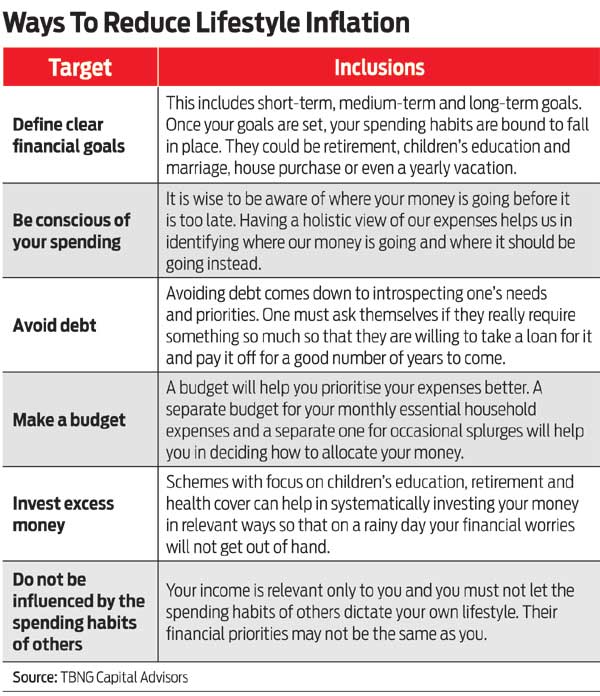 While an increase in income is definitely worth celebrating, but it comes with its own set of impediments. Expenses are addictive and rarely do they reduce. However, this does not mean that lifestyle inflation cannot be controlled. One can combat lifestyle expenses in several ways given that they are truly determined. Simply put, one has to have the absolute will power to beat lifestyle inflation. “It is very important to be calculative of your expenses. Individuals must budget their expenses for the entire month. Also, always keep a short-term and long-term outlook for financial goals,” claims Kuppa. 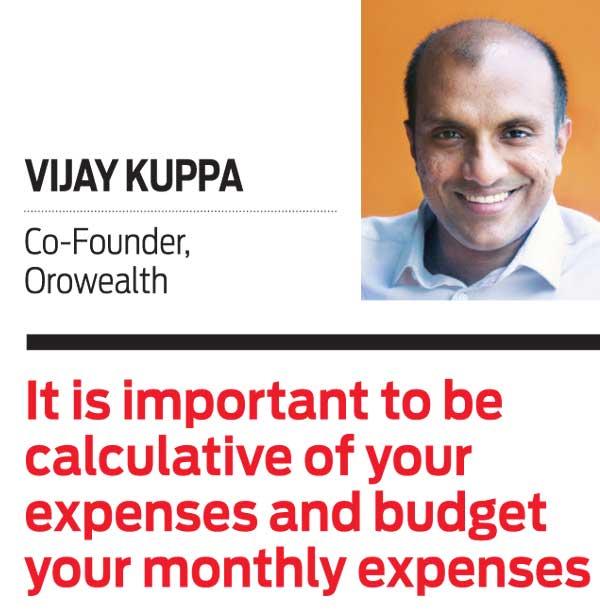 If not controlled on time, lifestyle inflation can essentially be disastrous in the long run. One needs to be careful with their spending habits.Just because you can afford to live a more opulent lifestyle does not mean you must indulge exponentially every time. “Always remember there is no cure for inflation. However, if we are aware of how it affects our savings,  we might be able to work around it and try to reduce its impact,” concludes Birani.