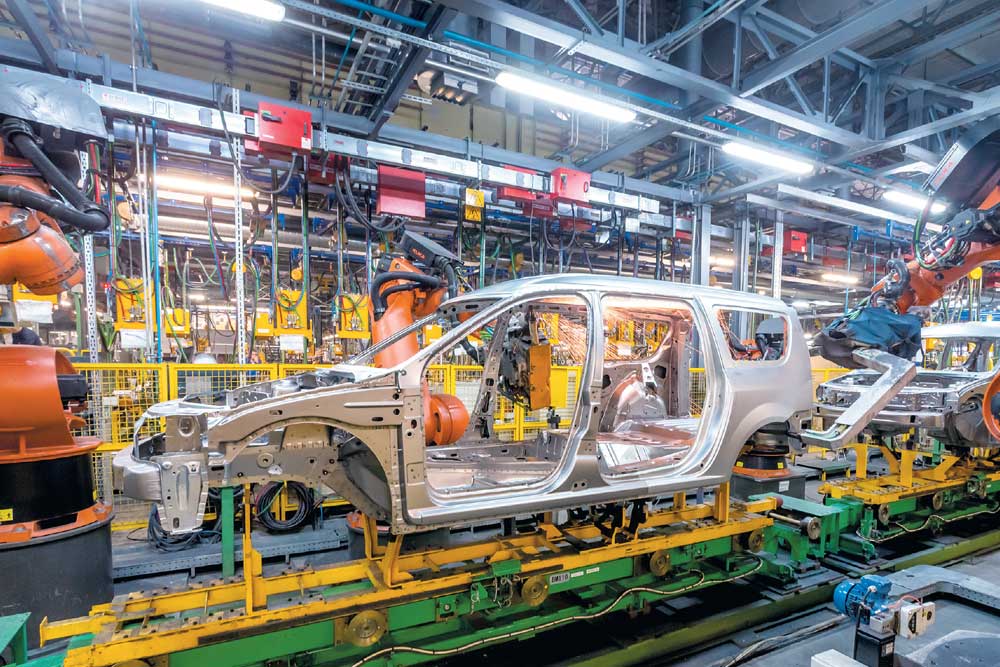 Technological advancements have been reshaping the manufacturing industry, including automotive manufacturing, over the last couple of years. India is no exception. The Indian automotive industry is one of the fastest-growing in the world. However, in the recent past, everything is not so hunky-dory within the industry.

Of late, automobile sales have been hit hard. Rising fuel costs, new axle load norm clubbed with the credit liquidity crisis, has impacted automobile sales. This has been further augmented by weak consumer sentiments driven by apprehensive monsoons this year. Recently, the Society of Indian Automobile Manufacturers (SIAM) confirmed that sales declined substantially across all categories. Sales of passenger vehicles (PVs) declined by 18.42 per cent between April and June 2019, and the earning of the auto companies declined.

On the other hand, the commercial vehicles (CVs) segment registered a decline of 9.53 per cent during the same time. Reports confirm that for FY 2019, the domestic auto sector witnessed a meager growth of 5.15 per cent. According to SIAM, this is the first time in 10 years that the Indian automobile industry has witnessed such a drastic fall in sales figures.

Needless to say, the markets reflected this trend. As on July 10, 2019 the Bombay Stock Exchange (BSE)’s auto index was down by almost 32 per cent Year-On-Year (Y-O-Y). This was a monumental downfall since the industry’s lifetime high back in December 2017. Every segment has been deeply affected; for instance two-wheeler has been badly hit by insurance payout, further spoilt by the NBFC crisis. Lower retail sales added to the inventories, culminating into cost cutting in production and reducing retail demand substantially. The PV segment also echoed a similar story. On the other hand, an increase in the payload capacity under the new axle norms along with the reeling NBFC crisis had a detrimental affect on the CV segment, confirmed experts. Last year’s high base was instrumental in decreasing volume growth rates. This was accompanied by the sharp fluctuation in crude oil prices and forex rates, which further impacted automakers’ confidence. Commenting on such tough times Vinod Nair, Head of Research, Geojit Financial Services said, “The industry witnessed a subdued growth of 0.4 per cent Y-O-Y in H2FY19 due to a combination of headwinds. This was largely on account of slowdown in economy, high crude prices that went up by 15 per cent during June and October 2018; changes in insurance regulations, that led to hike in third party premium and finally, high liquidity crunch due to the the NBFC crisis.” 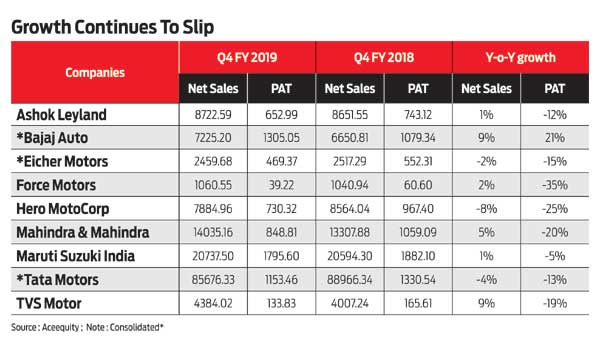 Speaking on the current flash point, experts said that, Q4FY19 numbers are the second straight quarter wherein the demand has been affected adversely. Also, in order to clear off inventories almost all auto companies and Original Equipment Manufacturers (OEMs) continued to offer higher incentives and discounts. But, unfortunately even such offers ended up having a jaundiced impact on the profitability. Thereafter, upholding weakness in sales volumes, several auto companies have already lowered their growth forecast for FY20. For example, the BSE stock prices of Tata Motors slid down by 45 per cent Y-o-Y as on July 10, 2019. The company has been the biggest loser in the markets due to several glitches both in its domestic and overseas businesses. Explaning the context, Jayant Manglik, President, Retail Distribution, Religare Broking said that, “the domestic business of Tata Motors was impacted due to the overall slowdown in the industry, revised axle load norms in CV space and liquidity crunch amongst NBFCs. The Jaguar Land Rover (JLR) business was adversely impacted due to poor financial performance and Brexit uncertainty.” Two-third of Tata Motors’ revenue comes from JLR and currently the company’s stock is trading nearly an all-time low, registering a negative earnings growth of 25 per cent for FY19. 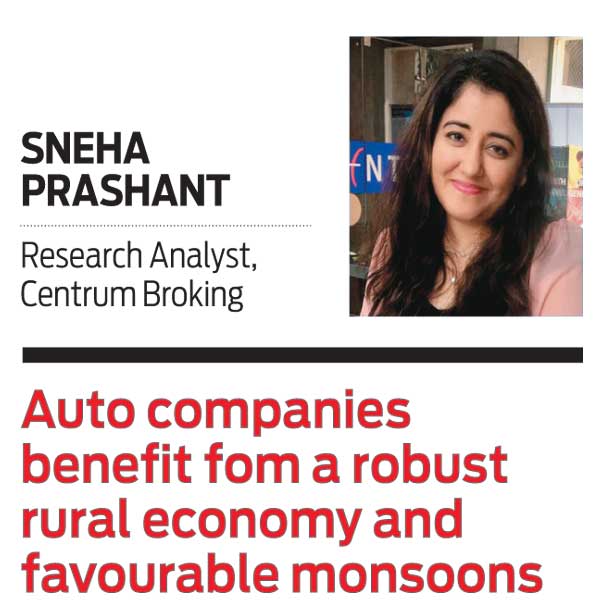 On the other hand, in the two-wheeler space, Eicher Motors has also witnessed a substantial decadence owing to multiple reasons including mounting cost pressures, regulatory changes meted out by IRDAI and even the floods that washed out Kerala in 2018. Even Maruti, the largest PV player fell in line with the auto index as poor operational performance and volume de-growth weighed heavy on buyers’ sentiments.

Needless to say that the auto ancillary space also followed suit. Ancillaries like tyre stocks including Motherson Sumi Systems also dropped in line with the OEMs. “However, contrary to this, stocks like Bajaj Auto and Mahindra&Mahindra outperformed the benchmark led by decent financial performance,” pointed out Manglik. Bajaj Auto was less impacted owing to a 50 per cent mix from African and other overseas markets. But returns of both the companies were in negative on BSE Sensex. In terms of auto volumes, fourth quarter of FY2019 witnessed a major disintegration for the entire industry. Brokerage houses are already turning underweight towards the profitability of auto companies for the first quarter of FY2020. 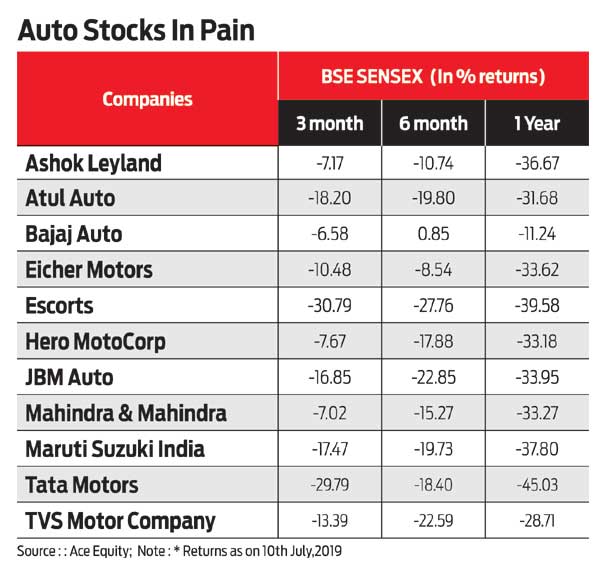 As the auto industry continues to ride through a rough patch, industry experts foresee probable challenges that are about to hit several companies. Explaining the context, Mitul Shah, Research Analyst at Reliance Securities said,  “The sector has been declining since the past few quarters. Decline in net profit and sales of companies are in double digit (>10 per cent). CV and three-wheeler segment would see higher negative impact of Bharat Stage-VI price hike.”

In an effort to reduce rising air pollution, the Union Government in 2017 introduced advanced emission standard norms titled Bharat Stage VI (BS-VI) from the existing BS-IV. Auto makers need to upgrade to BS-VI by April 2020. This change is expected to further impact the auto industry as compliant vehicles are expected to become more expensive. A report published by Motilal Oswal recently stated that the transition to BS VI would be even more difficult for OEMs to strategise and investors to draw any inference from the past. Commenting on such drastic changes, an analyst from Motilal Oswal Financial Services said, “We expect PVs to be least impacted during the BS-VI transition due to limited cost increase for petrol PVs (~70 per cent of industry volumes) and the scope in alternative fuels. However, two-wheelers and CVs would be most impacted by very high cost inflation.”

Monsoon plays a vital role in shaping India’s economy. Every industry experiences its fair share of the monsoons and so does the automobile industry. Sales of two wheelers in suburban and rural areas are higher than that of  urban areas.

Nearly 50 per cent of two-wheelers and 35 per cent of PV sales are generated through rural markets, which is primarily driven by agri output. And a substantial agri output is heavily dependant on the monsoons.

Therefore, incremental growth for PVs and two-wheelers are mainly generated from the rural market, which in turn is heavily driven by monsoons. Commenting on the market dynamics of the auto sector in rural India, Ashwin Patil, Senior Research Analyst, LKP Securities said, “Rural market penetration of autos is quite low and have a great potential to grow.

OEMs like Maruti earn >30 per cent of its sales from rural markets, while Hero earns ~ 50-55 per cent from the same. Monsoon is important from the point of view that a good monsoon always decides fate of the rural markets.”

Though industry experts had forecasted a normal monsoon for this year, but it turned out to be otherwise. Less than average rainfall has affected sales of vehicles, espcially two-wheelers from rural markets. “Auto companies benefit from a robust rural economy.Irregular or erratic rainfall has an adverse impact on agriculture such as crop losses, resulting in low income for farmers eventually leading to lower demand and sales for requirements like vehicles. However, a favourable monsoon can ensure improved demand sentiment for buyers,” confirmed Sneha Prashant, research analyst at Centrum Broking.

Nonetheless, since Finance Minister Nirmala Sitharaman in her maiden budget harped on ensuring improved connectivity all across and double farmer income, it is expected to positively impact the CVs segment. Further, the government’s decision to expediate the adoption of electric vehicles is presumed to open up a completely new avenue leading to an increased demand for such vehicles. Sharing his views on the current happennings of the industry, Kavan Mukhtyar, Partner and Leader, Automotive, PwC India said,  “The Indian automotive industry, was expecting some short-term measures for demand activation. However, the Government instead chose to focus on structural changes that will benefit the industry in  the long-term.”

However, despite all such cynicism hovering over the industry, experts continue to remain positive as they expect sales to a pick-up in the second half of FY20 due to ease in liquidity situation and pre-buying due to change in emission norms from April 2020.

“On a one-year forward basis, BSE auto stocks are currently trading at 16x, which is six per cent discount to its three-years’ historical average. The peak valuation in this period was 20x and worst was 15x.

However, stocks, which have higher revenue visibility in the next two-three years, are likely to be in the investor’s radar,” said Nair. 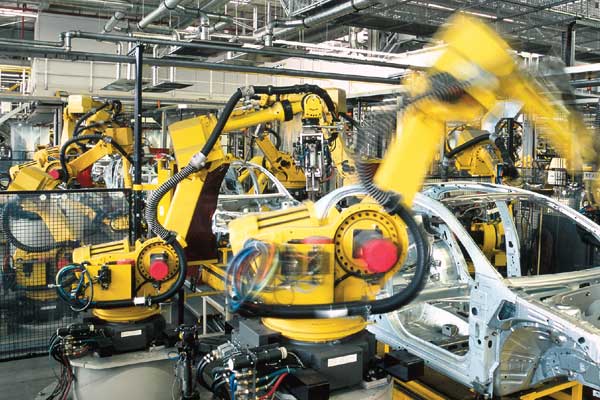 Adding on to it, Prashant said, “We are confident that auto cycle will turn for the better over two-three quarters. Though the sector may take a while to recuperate.” She further stated that, it provides good accumulation opportunities on a 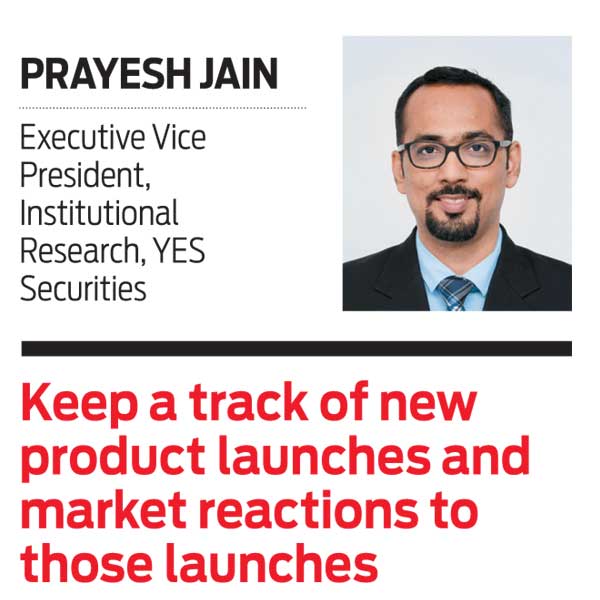 contrarian basis for the sector.

Experts opine that, while companies like Maruti are still potent enough to grab rising market demands, several other auto-makers are gearing up for new product launches this year, which is expected to aid them in gaining better market shares. Advising investors on selecting auto stocks, Prayesh Jain, Executive Vice President, Institutional Research at YES Securities said, “Keep a track of product launches for the year and market reactions to those launches. It will help understand competitive stand point.”

Care Ratings in its July 2019 report stated that consumer demand is expected to pick up from Q3 FY20 with myriad product launches, nearing festivities and pre-buying of automobiles before BS-VI norms are implemented.

While the automobile industry continues to tread through troubled waters, impacting companies’ operating profit margins, investors should be patient with their activities. The best way to do so is to wait for the green signal ensuring meaningful recovery for the overall auto sector.

Considering that festive season has always been fruitful in terms of boosting consumer demands, awaiting the same is the best way out right now. After all, it is just a matter of time!