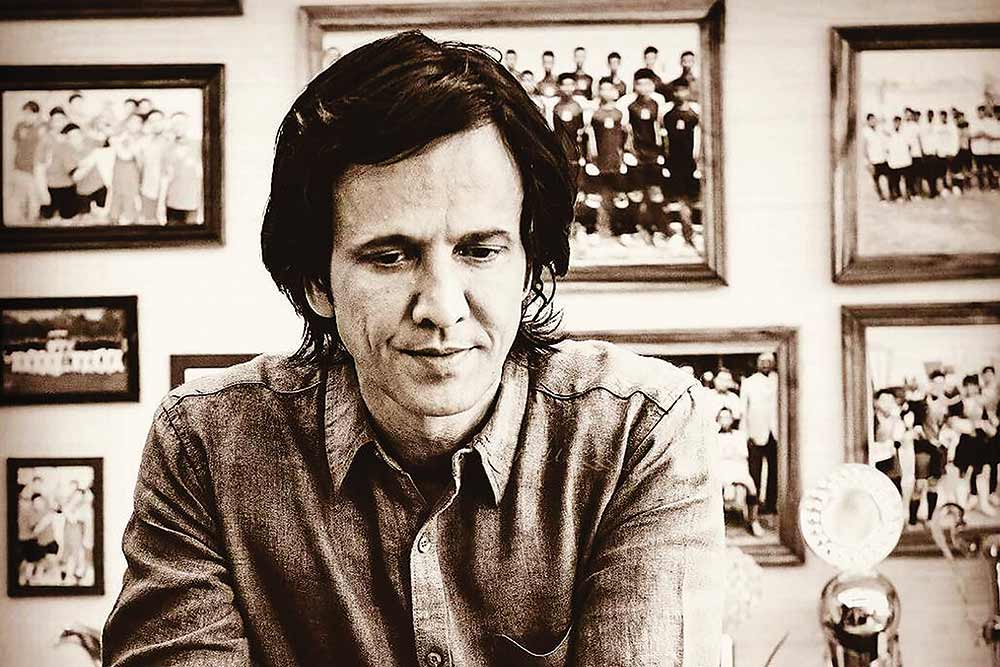 “Don’t call me a star,” retorts Kay Kay Menon, because he believes that a star can be “made” but an actor is “born”.

It is this belief that had once pushed an adman to pursue his career in silver screen. And, the Indian film industry received one of its finest actors in the form of Kay Kay Menon.

Kay Kay doesn’t take the baggage of working on the back story even if he is doing a Shakespeare. He makes the interpretation of the writer and the director his operating table. In a recently released Ray anthology, he plays the role of Indrashish Saha in a short film called, Bahurupi (Impersonator). “The only thing I did was read the interpretation that my director Srijit Mukherji had,” he says.

His method of emphasising the vision of the director makes Kay Kay a great fit for any kind of character he plays. Had he started his career now, the industry could perhaps do a better justice to the great craftsman that he is. But being a true optimist, he never failed to make use of the opportunities that came his way.

“I never aspired to be a star. The simple formula of making a star is just money. But for an actor, it has to be ingrained,” says Kay Kay. All he wanted was to be better at his craft with every role he took over, be it of a doctor, a villain, or a makeup artist, in the recently released Ray anthology. He ensured that he did his role to perfection.

And, Kay Kay is comfortable being an actor, and not a star. He draws a line between comfort and luxury and never crosses it. “I never have gone beyond comfort into luxury – be it my career or my life.” It is perhaps this principle that helps Kay Kay Menon to make both his acting and living a comfortable journey.

“I have always been a conscious consumer. My aspirations didn’t lie in living in a huge bungalow. Yes, occasionally I did indulge in myself, I am not saying that I am a saint. But I have never been a spendthrift or a show-off. I never splurged money to gain attention. I would rather gain attention through my performance. Spending money for what you need is what made my life comfortable. This is one lesson I followed throughout my life,”
says Kay Kay.

The introduction of the OTT platform has come as a relief to people by bringing considerable savings for them. The Covid crisis has seen OTTs taking giant leaps with most of the major actors joining in. “OTT is a level playing field and your game is being tested at every moment. It has given us the opportunity that we wanted to get all our life. It gives the craftsman a chance to pump up his creative talent,” he says.

Does the new platform give him his dues? “I never came in with any dues,” Kay Kay affirms. “My job is to do justice to the role given to me.” And, when it comes to the master craftsman, as it goes, it’s not the stardom but the role that matters the most to Kay Kay Menon.