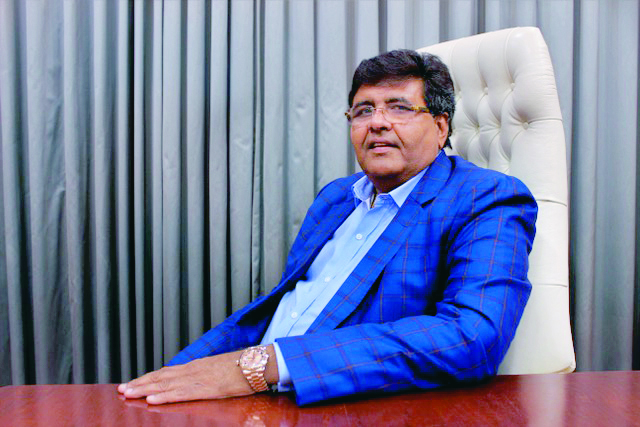 Why are Gold and Silver prices on rise, both internationally and domestically?

History is repeating itself. Gold is testing new highs at it did at the time of the Global Financial Crisis  and thus proving its role as a defensive tool.

Governments are running big deficits and central banks are printing more money. It is generating inflation which is helping to drive the bullion price higher. The Federal Reserve in the US is not likely to normalize rates or end quantitative easing or shrink its balance sheet. Inflation is likely to grow.

Many believe it is not sensible to buy at this high level. Your take?

Although correction in the short-run would be totally normal, or even desirable, the underlying bull market should continue, at least for a while, i.e., until the dominant economic narrative changes, which is not yet happening.

It is argued that Gold is a non-productive investment and generates no income in the form of interest, dividend etc. Gold prices move only when times are uncertain. Do you agree?

The real rate of interest has turned negative. India is no exception. As per a recent SBI Ecowrap report, real rates of interest have been negative since December 2019, barring in March 2020. If we deduct 5.25 per cent rate of interest on a bank fixed deposit from the CPI of 6.93 per cent, we get a real rate of interest of minus 1.68 per cent. In the wake of a negative real rate of return from debt funds, the investor is more likely to choose gold over bonds. Gold is nothing but a perpetual zero coupon bond, which maintains the purchasing value of any currency simply because it cannot be printed at will unlike government bonds which can have unlimited issuances.

There are many other triggers for yellow metal prices to move northwards. Consumption demand – the key driver for gold, is down as individuals across the world are trying to make peace with the uncertain environment around. However, the same uncertainty is expected to propel the safe-haven demand for gold.

Where do you see Gold & Silver prices settle in the near future? Do you advise your investors to buy these precious metals at such a high price?

Thus far in calendar year 2020 (CY20), gold prices have moved up nearly 30 per cent (YTD) and 38 per cent in the past one year. There is long way to go ahead in this bull market and prices are not at such a high level. We are going to see big selloffs during a bull market. We will likely see plenty more before the current gold bull runs its course. Gold may hit $2300 and Silver $34 in 3 to 6 month’s period. It’s important not to panic when metals sell off. We are advising clients to keep their eyes on the fundamentals. From the fundamental point of view, there is further room for gold to go higher in the long-run. The obvious reason for this is the macroeconomic backdrop with fragile recovery and a lot of uncertainty about the future path of pandemic and economic growth, extravagant fiscal policy, dovish Fed that will maintain lax monetary policy and negative real interest rates.

What cautions retail investors should exercise while dealing in these metals at current price level? Also, how careful should they remain while buying-selling jewellery?

World Gold Council (WGC) recently provided an update on the gold industry, noting that overall gold demand was down 11% year over year in the first half of 2020. There was a notable decline in the demand for jewellery (off by nearly 50 per cent), which is traditionally a large source of industry demand. In other words, this price spike is being driven by investors, not fundamental strength in the gold market. There could be some correction in prices and it might impact traders but those buying jewellery shouldn’t worry.

Your comment on RBI’s recent decision to increase loan to value ratio (LTV) to 90 per cent from earlier level of 75 per cent. Is it going to benefit the consumer of the Gold loan? Will it be a practical proposition for the lender?

RBI decision to increase LTV to 90 per cent from earlier level of 75 per cent is overwhelmingly welcomed by banks and consumers as there is 30 per cent growth in loan disbursal witnessed by lenders. This enhanced LTV ratio is applicable up to March 31, 2021 to enable the borrowers to tide over their temporary liquidity mismatches on account of COVID 19. This move will provide support to people in managing their financial liabilities during the pandemic.

This is a good move as long as the gold price continues to rise. But as the ongoing rally in gold has now halted it may create a headache for lenders.  If volatility continues and gold price falls sharply, then banks may ask borrowers to deposit additional gold as margin or make partial repayment to maintain the LTV ratio of the loan below 90 per cent. This may lead to unnecessary disputes and create pressure for the borrower to arrange additional margin.