Is The Grass Greener For Unicorns?

Home »  Magazine »  Is The Grass Greener For Unicorns? 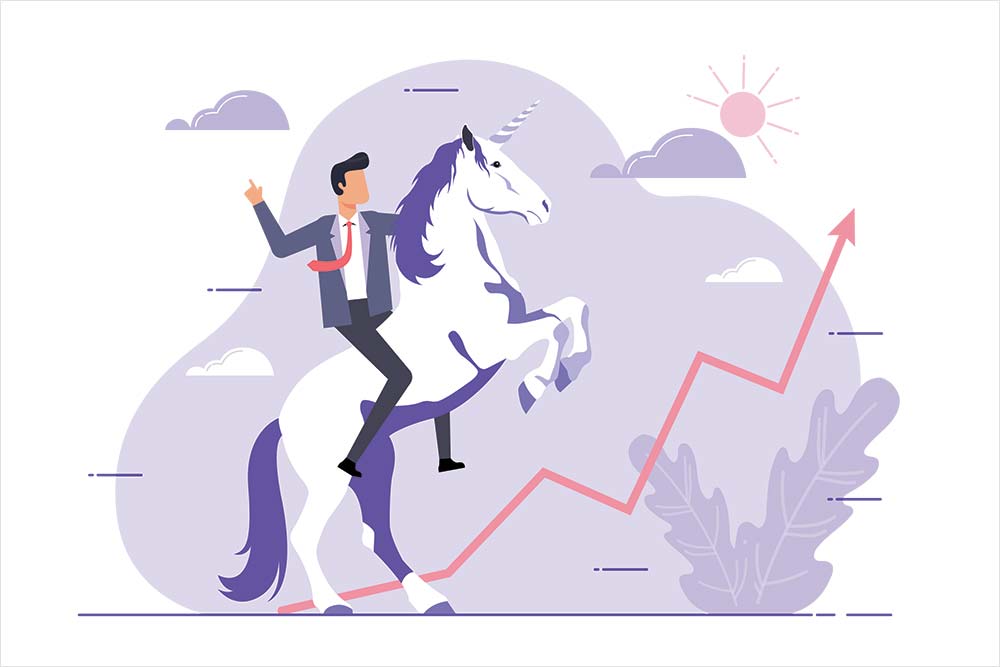 After years of investors pumping money into the stock market, sometimes with no end in sight, there seems to be hope for unicorn-rich India.
Following Zomato, the largest food delivery company in India by market share, that filed for an initial public offering (IPO) as early as April and was listed in July, a host of start-ups have queued up to float their offers.

The ongoing bull run also gives these companies an opportunity to aggressively price their shares.

FSN E-Commerce (Nykaa), One97 Communications (PayTM), and PB Fintech (owner of PolicyBazaar) have already joined the IPO bandwagon. So, is the Indian stock market experiencing a new lease of life?

The Growth Potential Of India

The multi-billion-dollar listing of Zomato and potential listings of Nykaa, PolicyBazaar, and PayTM are part of renewed investor interest in the Indian market. “Investors are betting on India’s growth potential,” said Aviral Bhatnagar, a junior VC at Venture Highway, an early-stage VC. Retail investors are considered to be the most buoyant group subscribing to the IPOs.

History shows that liquidity tailwinds have been the biggest stimulant to raise equity returns.

India’s economy is already growing at its fastest speed since the 2008 financial crisis and measures such as federal spending are boosting medium-term growth. Along with an uptick in market sentiment, relaxation of listing rules by the Securities and Exchange Board of India (Sebi) has also uplifted investor sentiment and encouraged companies like Zomato to list in India. A listing also offers initial investors an exit route from
the company.

Added to this upward trend is the pandemic that has accelerated the growth of tech companies with a platform-based model. There was a time when the maximum benefit we could derive from our cellphone was sending free SMS via bundled packages. Now, we can buy an insurance policy, food, beverages, cosmetics, and even a car at the click of a button. Online consumption will continue to see an uptick as consumption habits change in urban India and to a certain extent, semi-urban India. Analysts pin down the immense market potential for the rapid growth of home-grown tech companies.

Zomato capitalised on a $65 billion market opportunity in food services, according to Jefferies, a US investment bank. Increased disposable income, coupled with changing eating habits and deeper penetration of smartphones are the various assumptions on which the company has commanded a $12 billion valuation.

Meanwhile, PolicyBazaar, which sells insurance online, is tapping into an underpenetrated insurance market, according to AllianceBernstein, a research company. It is looking to raise $809 million in its IPO. PayTM is eyeing a valuation worth $25 billion. 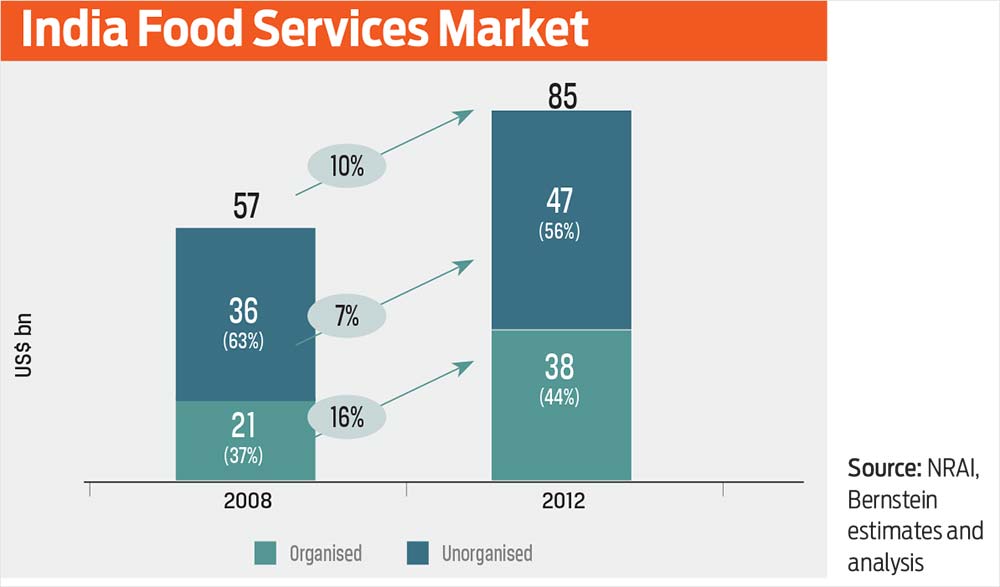 If lessons can be learnt from history, the road following the IPO is usually bumpy.

Once listed, companies fall into the greater purview of the government, the market, and investor sentiments. Their secrets are out in the open, making them susceptible to competition. UberEats continues to give competition to DoorDash in the US, and vice-versa. Zomato has its rival in Swiggy, a food delivery company backed by SoftBank.

On August 10, Zomato reported a net loss of Rs 3.6 billion ($48.5 million) in the first quarter of 2021, which ended June. Adjusted EBITDA loss increased by 42 per cent. The company attributed the EBITDA loss partly to lockdowns imposed in the second wave of the pandemic. However, Zomato reported growth in revenue on the back of its core food delivery business. As India braces for a potential third wave of the pandemic, the headwinds can and will continue.

In the year ended March 2021, Zomato reported a restated loss of Rs 8.2 billion ($107.6 million). The company was in the red in 2020 too, even when it recorded a nearly 97 per cent jump in revenue year-on-year, aided by lockdowns. When contacted for this story, Zomato refused to participate.

A lesson one can cautiously draw from is Deliveroo, a British online food delivery company. Once touted as an enigma that would pull investors to London, the company’s stock crashed by as much as 26 per cent on its first day of trading. The company was marred by criticism surrounding its business model and governance, along with the terrible timing of the IPO. Deliveroo continues to face issues with workers’ rights and minimum wages, an issue that has picked up steam in the UK.

Some investors also went bearish on Deliveroo’s US counterpart, DoorDash, when it was listed in the US in 2020. David Trainer, the chief executive of New Constructs, a market research firm, went as far as to call DoorDash’s IPO the “most ridiculous IPO of 2020”. Trainer’s reasons for calling DoorDash’s IPO “ridiculous” are mirrored by Saurabh Chaudhary, a Delhi-based investor and corporate lawyer, who has a similar argument for criticizing platform-based companies like Zomato and PolicyBazaar.

“There is a lack of profitability, along with no clear visibility of profit in the business model of platform-based companies. Zomato, which has been listed first, has got a high valuation because they are in an under-penetrated market. There is no uniform model to assess the valuation of third-party platforms,” said Chaudhary.

The hysteria is not new to the market. And the hype around Zomato and PolicyBazaar also stems from a scarcity premium surrounding the brands. There is virtually no competitor for these companies in a nascent market that is seeing an initial spurt of growth. In the case of PolicyBazaar, it is slowly reaching the end limit to which it can sell to online users, which has mandated its move to offline insurance distribution.

For PolicyBazaar, this means competing with established insurers like LIC, which has millions of staff in almost every corner of the country. Another challenge to offline insurance sales is the traditional Indian customer’s mindset, which mandates taking up insurance which is most easily relatable. When it comes to insurance, Indians are more likely to opt for a plan that their parents chose before them or are being used by another trusted person in their network.

Meanwhile, variable costs are a concern for aggregators like Zomato which don’t have an easily scalable business model like that of Facebook or Google. Overdependence on variable costs puts the company in the eye of more headwinds and uncertainty in the market. A large part of Zomato’s revenues goes to restaurants on its platform. To scale up, the company needs a hyperlocal network of restaurants. This doesn’t seem like an issue right now, as restaurants can’t offer delivery services that can compete with Zomato.

Zomato has also faced criticism and challenges in the past for its treatment of delivery boys and for its Zomato Gold (now Zomato Pro) subscription program, which restaurants claimed hurt their bottom line. Zomato’s auxiliary business of delivering ingredients to restaurants also plateaued owing to high credit rates and lack of conversion of infrequent customers to permanent subscribers. The sole advantage Zomato has right now over its competitors is its smart use of data, which enables it to get to the customer before others.

Nykaa is one of the few unicorns that stands out from this trend. It sells its own brand of cosmetics and has reduced dependence on external brands to boost its in-house profit. Marketed by Bollywood stars like Janhvi Kapoor, Nykaa products have seen an uptake among young millennial women. The company reported a profit of $618 million in the 2021 fiscal year.

In short, lack of competition is giving aggregators with no in-house profit a competitive advantage. Beefed-up valuations are also aided by global liquidity, excess disposable income, and a bullish market.

A long queue of IPOs and sanguine market sentiments always go hand-in-hand. But according to the analysts, here innovation also plays a vital role in the road ahead for aggregators if they want to survive in a competitive market that has not even spared their international counterparts. A great valuation doesn’t always mean a secure future. At least not in the world of the stock market.

The author is a financial journalist

For Sunshine In Sundown Days