Is It Time For Long-Term Equity Investors To Re-Think Strategy?

Home »  Magazine »  Is It Time For Long-Term Equity Investors To Re-Think Strategy? 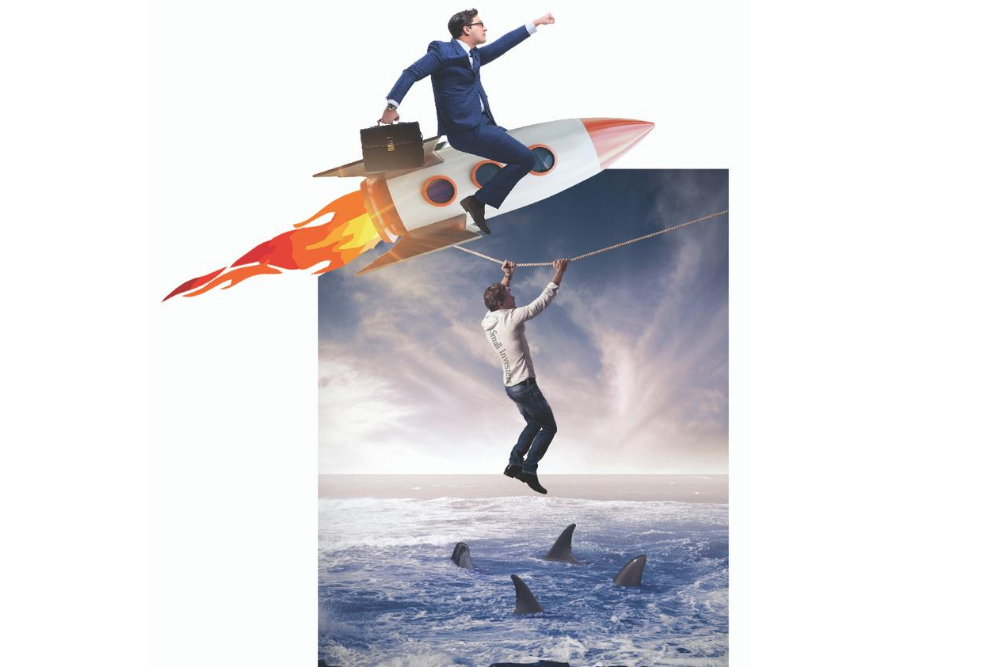 In May this year, ace investor Warren Buffett’s conglomerate Berkshire Hathaway reported its biggest-ever loss at 50 billion dollars in the March 2020 quarter as the coronavirus pandemic took a toll on the Oracle of Omaha’s investment portfolio. The next day Berkshire Hathaway dumped all of its holdings in the airline sector, raising questions over decades of Buffett’s wisdom on holding stocks for the long-term. In a world that stands changed forever due to the COVID-19 pandemic, investment strategies are also changing swiftly. And India is no exception.

As things stand, the Indian stock market is currently favouring short-term traders over the patient long-term investors, at least going by the performance of the broader market in the last decade. The ten-year rolling returns for Nifty50 declined from 19 per cent in the year ending July 2013 to a record low of 8 per cent in the year ending July 2020, which is less than even the returns on bank and post office fixed deposits (FDs) an investor would have earned over the same period. And gold is up 26 per cent in just the last 12 months. The analysis is based on the assumption that investor buys an asset whether equity, gold or fixed deposit and stays invested for ten years. In equities for example, the July 2020 returns is for a portfolio bought 10-years ago and redeemed in July this year.

Comparisons between equity and other assets (as in the table) are based on 12-month average value of Nifty 50 index for the year ending July every year.

“The Indian stock market has been a very disappointing asset class in the last five to six years. The returns are not even matching fixed deposit returns. If stocks and FDs both give you similar returns, then also FDs are better because they don’t face the volatility of the stock market. The return on FDs is a straight line. There is no comparison between the stock market and the basic return available to anyone in India through FDs,” says Shankar Sharma, Co-Founder and Chief Global Strategist, First Global.

As numbers show, equity has not lived up to the promise of providing superior returns as compared to any other asset class. “It happened till 2014 – the numbers were good and it worked out to 14-15 per cent long term compounded returns. But from 2014 till now, the returns have just fallen of the cliff,” he says.

Siddharth Sedani, Vice President - Equity Advisory, Anand Rathi Shares and Stock Brokers, says there are euphoric times when short term traders, day traders make money. “We have seen this in 2017 and also in the last two months. There is nothing wrong in it. You get on a horse which is moving and you get down when it stops,” he says.

“For the last two months people have been taking positions today and earning money tomorrow. One, is that in the short term, markets are irrational and more sentiment and liquidity-driven. In the long term, it looks at earnings, fundamentals and how companies are shaping up,” Sedani adds.

The returns for long term investors have been inadequate primarily because of abysmal corporate earnings and profit growth. In fact, there was de-growth on the two parameters even prior to COVID-19 as Indian companies were struggling with declining sales, slowing profitability and high leverage resulting in higher operating costs.

For the quarter ended March 2020, 1,002 listed companies reported a combined pre-tax loss of around `2,700 crore with just eight days of the Coronavirus lockdown, which began on March 25.

The Nifty 50 index current underlying earnings per share (on a trailing 12-months basis) is around `380 per unit of the index, down 15 per cent from a high of `450 in January 2020. The current EPS is at a three-year low. After the recent decline in earnings, 5 year earnings growth for index companies now works out to 1 per cent in the year ending March this year. “Covid-19 is not the culprit. It is only the convenient villain,” says Sharma. This 5-year earnings growth is now down to 1 per cent and the virus threatens to wipe-off most of the gains in corporate earnings in the last ten-years.

“The Indian stock market will be broadly underperforming the world and be a laggard in comparison to emerging markets as well as other global markets,” says Sharma.

And it’s not over yet. “The pressure on corporate earnings in the second half of 2020 due to renewed lockdowns in many states continues to be a major risk factor for the Indian markets,” says G Chokkalingam, Founder of Equinomics Research and Advisory.

Moreover, the GDP projection for FY21 itself is in the red. Crisil expects FY21 GDP to contract 5 per cent and has said the pre-virus level is unlikely in the next three fiscals. International Monetary Fund expects the Indian economy to contract by 4.5 per cent in 2020, terming it a “historic low”.

Yet, the stock market is neither reflecting the steep decline in corporate earnings nor the negative GDP growth forecast. In fact, it is short term investors who are making money.

Sedani says many times, future discounting takes place in the market. “And in the short term, because of future discounting and liquidity push, none of the negative news impacts it. This is the situation right now. For the last two months people have been taking positions today and earning money tomorrow,” he says.

Chokkalingam points out that there is a structural change in the investor base in the stock market. A lot of millennials have started entering the market in the last few years and the lockdown has aggravated the trend as people are looking for ways to make quick money,” he says.

And they have not been disappointed either. The Indian stock market has been very volatile since February this year. This has thrown up trading opportunity for short term investors. Sensex shed 3,935 points with a 13 per cent fall to 25,981 on March 23 with all its 30 stocks in the red. Just three days later, it bounced to 29,947 points. Continuing its uncertain movement, Sensex has been moving between 34,000 and 36,500 for most of July.

In all, the annualized returns for an investor who entered the market in March this year is more than 100 per cent given that Sensex has recovered 42 per cent from the March 23 low. So while returns for long-term investors are low, short term investors have raked in a moolah.

Some analysts, however, believe that equity as an asset class remains one offering better alternatives for long-term investors, given the falling interest rates, benign liquidity and the lack of returns over other popular assets such as real estate.

“Buy and sell price is an important determinant of returns on any assets and is not unique to equity. Timing the market is crucial if investors want to generate superior returns on their portfolio and that requires knowledge of valuations,” says Dhananjay Sinha, Head of Research and Equity Strategist, Systematix Institutional Equity.

According to him returns in equity come in phases and investors need to appreciate this. “Years can pass with little or no change in stock prices followed by sharp up moves when years of returns are generated in matter of weeks and months Investors need to be patient and stay invested for long periods to take advantage of favourable moves in the stock prices,” adds Sinha.

Equity investors should also note that most of the returns in equities in last five-years came from expansion in valuation rather than higher corporate earnings. But analysts say that there is a limit to how much expensive the market can get.

The benchmark Nifty 50 index is currently trading at 28.2x its earnings per share in trailing 12-months way above its 20-year average valuation ratio of 20x. In comparison, the index was trading at an earnings multiple of 18.2x in July 2014 and 23.5x in July 2015.

On many occasions in the past, including the 2000 dotcom bust; the 2008 correction and February meltdown this year, the market has corrected sharply after hitting P/E ratio of 28x. Obviously there is only a little opportunity for investors to buy and hold for the next 10-years in current market but lot of profitable opportunity for short-term traders and investors. Yet, Sedani continues to be a firm believer in the long term game. “The theory is that long term investors only make money. It has been historically proven that big investors have made money on long term investments. And equity as an asset class is a completely hopeful asset class. For those who are not hopeful, equity is not the asset class for them,” he adds.

Rashmi Pratap is the Co-founder & Editor of 30Stades.com – a digital magazine on impactful stories from India’s nooks and corners. In her 18-year-career, starting as a trainee in UNI, Delhi, she has worked with the Economic Times, Outlook Business, The Hindu Business Line and Business Today. She can be reached at rashmi.pratap@30stades.com

Be Mindful Of The Yield Levels