Home »  Magazine »  Is It Based On Fear Or Knowledge? 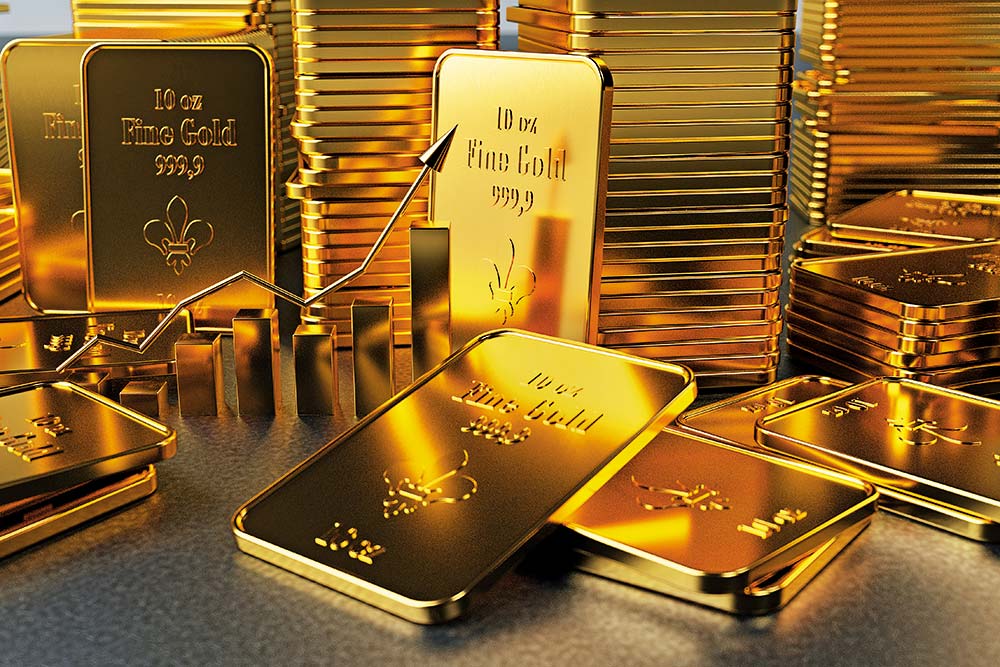 A voracious appetite for the yellow metal has been developed among humans due to its wide distribution throughout the geologic world. It became prevalent in virtually all human cultures dating back millennia.

Descriptions of the metal appeared in hieroglyphs as early as 2600 B.C. Starting from the Egyptians’ insatiable lust for the metal to Bulgarian archaeologists excavating gold treasures in pre-historic graves.

When King Amenhotep III ruled Ancient Egypt, it had become the richest and most powerful nation on earth. Considered as the symbol of eternity and ‘flesh of the Gods’, gold was his biggest weapon. The letters that went back and forth from pharaoh’s court showed the kings were willing to trade their daughters for gold. One of them is to have said, “In your country gold is like dust and you can just gather it up. If it is your intention that a sincere friendship exists, send much gold.”

The boy-king Tutankhamun was enshrined in three gold coffins and his finery included a gold funerary mask.

In 2019, two large tombs were discovered and excavated at the site of the ancient city of Pylos in southern Greece. Inside the 3,500-year-old tombs, archaeologists found remains of gold jewellery and thousands of pieces of gold foil, remnants of the sheets of gold that once lined the beehive-shaped tombs.

The metal may no longer be used in coffins or tombs, but it does line the walls of the vaults of central banks.

Since gold has such a monumental history with mankind, you cannot talk of gold and ignore critical components of human psychology.

Generations ago, when there were no gold ETFs (exchange-traded funds) or gold bonds, where investment options were extremely limited and the stock market was the playground of a few, gold provided a great deal of security due to its recognition across the globe.

Psychiatrist Dale Archer, who discusses markets and human behaviour, in an article in Forbes wrote about how Chinese citizens have always bought and held on to as much physical gold as they could afford because it’s ingrained after generations of instability. Forced to flee their villages and homes by famine, war, and constant government repression, gold was the only thing they could take with them.

In the book The Great Partition: The Making of India and Pakistan (by Yasmin Khan), a Sikh woman Taran relates how her mother took all the gold and tied it in handkerchiefs, and distributed it among different family members for safekeeping. Her words are as valid today as they were then: “We did not know where each of us would end up – this gold was our security.”

It is fundamentally seen as a way to pass on and preserve wealth from one generation to the next. But it has also been a go-to investment during times of fear and uncertainty. As Warren Buffet once said, “Gold is a way of going long on fear.”

It could be as extreme as war and geo-political turbulence resulting in humans fleeing as refugees. Or, it could be the more familiar economic recessions and depressions. The security it gives to people, especially those who live in rural areas or volatile environments, is unmatched. Gold is a universal currency. If you have to flee to another city or country or continent, your assets and currency may lose all value, but not gold.

David Tuckett is an expert in Economics and Psychoanalysis, and a Fellow of the Institute of Psychoanalysis in London. In an interaction with Wall Street Journal in 2012, he explained that there is a cognitive and emotional narrative that surrounds gold as an investment. It has a deep meaning and fundamental connection for most humans, based on a shared consensus about its attractive element and acceptability.

Gold As An Investment

So when the debate on gold as an investment arises, it is not as simple as it appears to be. There are layered nuances that go into its timeless allure and mankind’s love affair with it over millennia.

Gold has a dual identity. It shares some commodity characteristics with other metals (mining supply, demand for the metal), and also boasts of a clear monetary identity (held by central banks). It was considered the most powerful representation of wealth when nations adopted the gold standard which directly linked the amount of a nation’s currency in circulation with the amount of gold that is held in reserve.

Gold has always been a symbol of wealth and power, a store of value, a means of exchange, legal tender, and has facilitated global trade.

From an end-user perspective, it has industrial use as well as personal consumption. The latter could be for adornment, to pass on a legacy for the following generation or an investment that has a unique and appealing universal quality. But there is also an underlying psychological attraction like no other.

This is why the perception of an investor when he buys gold could be radically different from the frame of mind when other investments are considered. An investor knows that he will have to pay an insurance premium if he chooses to insure the investment. Maybe storage costs too (bank safe deposit locker). He will not get any dividends or interest. The money he gets while selling will depend on how much it costs at that time. There is no intrinsic worth, as one can arrive at when evaluating a business and its listed stock price. But, this is gold.

So, if you are considering buying gold, you must ask yourself the narrative that is framing your point of reference.

Answering the above questions will give you coherence as to whether your decision is based on fear or knowledge.

Furthermore, you will know the form of holding when you figure out the purpose. For example, jewellery will be the option for adornment, but a bullion bar would be for fear of social unrest. Do you want to pass down jewellery to your grandchildren or bars? If it is a tactical bet, would a gold ETF do?

Is The NFO Euphoria Good For Investors?