Is Copper The New Gold? 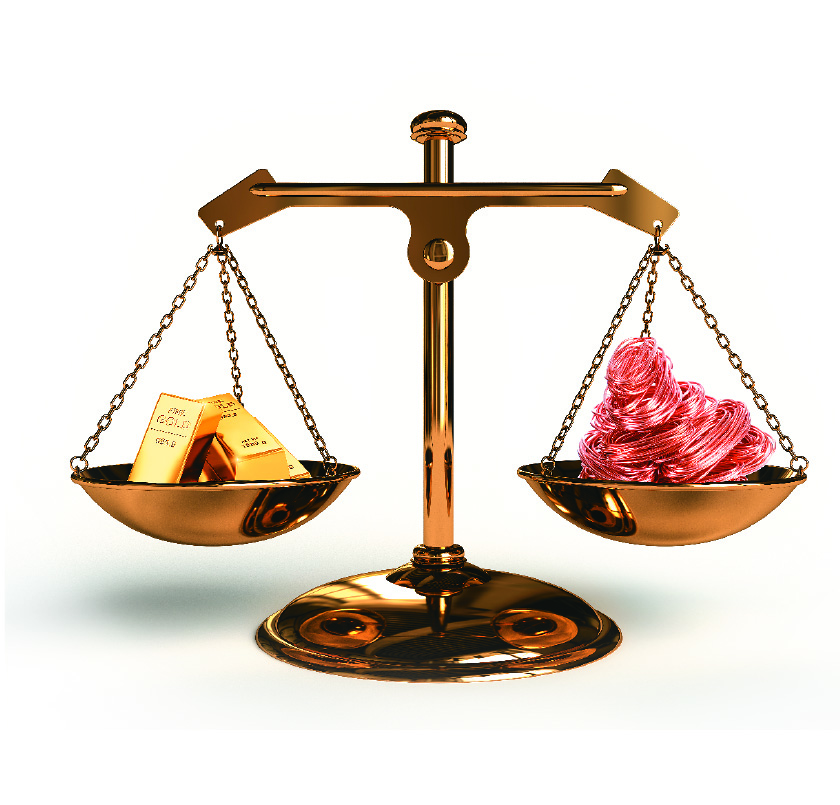 Copper prices have lately seen a surge like never before, having risen around 45 per cent in only a few months. After falling due to the lockdown, the price of copper has now bounced back to pre-COVID levels, and surpassed it. It is now expected to keep surging as factories open up and manufacturing picks up the pace. This surge in copper prices is interesting because usually, copper and gold prices move in opposite directions. When there is an economic slowdown, price of gold shoots up, as is happening recently, because investors look for a stable investment instrument. Copper prices at these times, however, fall as manufacturing and construction face hurdles.

That is the reason it is surprising that both copper and gold prices have been rising in tandem in the last few months. Copper prices crashed early this year with the scale of the COVID crisis becoming clear, falling to its lowest levels since late 2016 in March. However, by mid-June, it had bounced back with improvement in copper demand in China, coupled with stimulus packages and supply disruptions in top-producing countries. It surpassed $6,000 a tonne in June and is now trading at around $6,700 a ton. It was trading in the $4,300-$4,400 range in mid-March.

One major factor for this price surge is the remarkable bounce-back in Chinese demand fuelled by the government’s push to stimulate economic activity especially in the copper-intensive infrastructure sector. As per experts, China, which consumes half the world’s copper, has been steadily eating through stockpiles as industrial production restarted and construction sector picked up pace. With government’s support to the copper-consuming sectors, a further pick-up in Chinese demand will probably remain the key driver in the second half of the year. 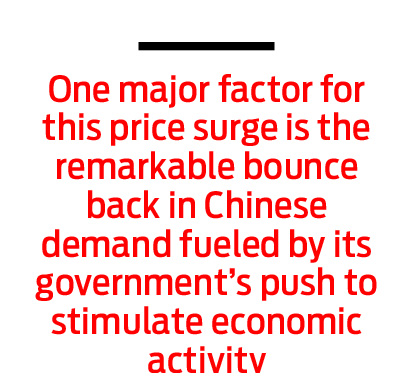 “The base metal, sometimes called as Dr Copper, as it often plays a role in deciding the health of the global economy, has seen a surge by a whopping 45 per cent since mid-March, despite the shackled economy,” says Malini Saba, Founder and Chairman, Saba Group Holdings.

“The red metal has its widespread use in power generation and transmission, manufacturing machinery and more than 65 per cent of it goes directly into building construction and electronics. Thousands of copper workers’ illness and mining restrictions disrupted production, thus decline in output, in Chile and Peru, the biggest exporters of copper ore in the world,” she explains.

Pointing towards the strange phenomenon, Saba adds that both gold and copper are moving in unusual ways, despite the downgrading global forecast by IMF and a resurgence of COVID-19 infections, forcing governments around the world to re-impose crippling lockdowns on business. However, she expects the trend to continue and demand for copper, and in turn its prices, to rise further.

“Copper has experienced a phenomenal growth in China, India, and other emerging market economies. Its demand has also increased in the manufacturing and construction industries and is expected to rise further as electric vehicles become more prevalent in the world. The rule of supply and demand tells us that this can cause the price of copper to travel up as a result,” she says.

Investors normally tend to focus on precious metals to diversify their portfolios. But base metals like copper offer an opportunity to profit from industrial development, especially in countries like India and China. Apart from trading in contracts on the exchanges through a broker, one can also invest in copper stocks.