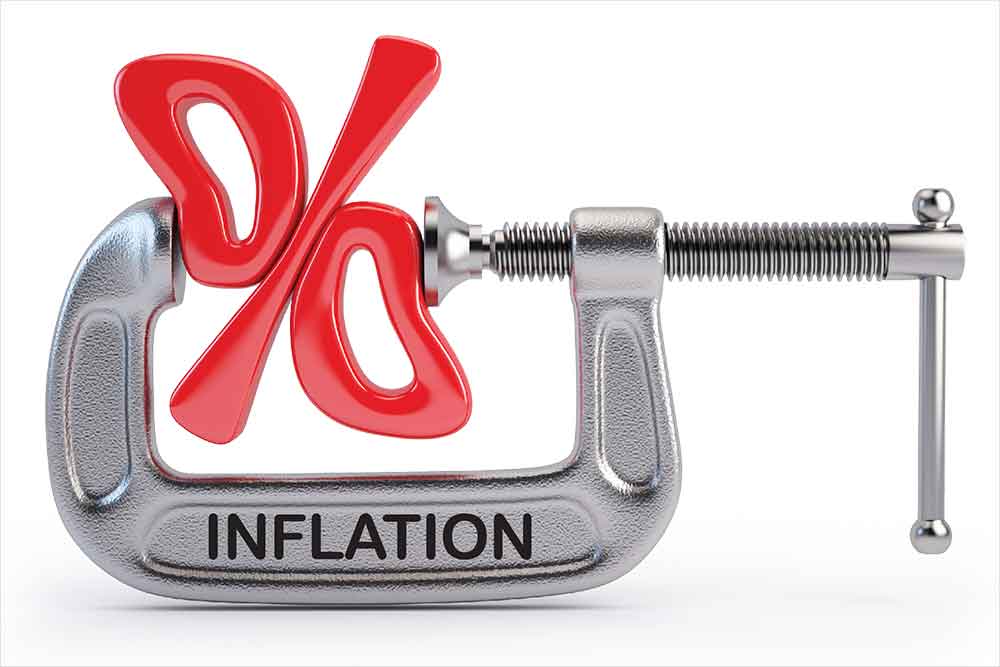 The central bank’s primary aim is to maintain a real positive interest rate, at a level that balances the objectives of economic growth (low-interest rate) and savings (high-interest rate). However, there are many other complications, for example, maintaining currency at the desired level, which is again a function of interest rates. Over the past decade, developed economies are facing the challenge of low growth, due to which they are following the Negative Interest Rate Policy (NIRP) in a desperate attempt to pump up the growth.

In India, the real interest rate has largely been positive, even though inflation is high by global standards. As a growing economy, we require capital, and for that savers have to be induced, by high-interest rates. In this country, interest rates sometimes become negative, due to structural reasons like cost-push inflation, and not as an intention of the RBI. In Graph I, we see the long term movement of interest rates.

The blue line, representing RBI overnight repo rate, has been easing consistently, to promote growth. Several measures are applied to gauge the real interest rate, for example, one-year treasury bill yield, one-year bank deposit rate, and arguably overnight repo rate may not be the correct measure. Having said that, in this graph, we have considered the RBI repo rate for a perspective on the real interest rate, given that it is the policy rate of the central bank of the country. The black line in the graph represents the real interest rate adjusted for CPI (Consumer Price Index). This measure was negative in 2012 and 2013, as the line was below the zero (horizontal line in the graph). Thereafter, it has been positive as inflation has been easy.

Of late, a surge in inflation has again dropped the real interest rate (adjusted for CPI) to negative. In the initial part of this calendar year, CPI inflation was driven by high food prices as agriculture was affected in the previous season due to the uneven distribution of monsoon. The supply bottlenecks kept food prices on the higher side during lockdown. The red dotted line represents the real interest rate adjusted for GDP deflator. The GDP deflator is a concept used to measure real GDP growth rate from the nominal GDP growth rate, adjusted for inflation, which combines WPI and CPI. This data point GDP-deflator-adjusted real repo rate has been positive throughout. The reason is, CPI and WPI, due to the differences in composition, produce diverse data points and the weighted average deflator is lower than CPI.

The inference from this graph may lead to the concern that the real repo rate (CPI-adjusted) is negative and this is a disservice to savers, particularly senior citizens. But it is a matter of time, as inflation is expected to ease. Monsoon has been abundant this season, crop plantation has been better than last year, and supply bottlenecks are getting cleared as lockdown is being lifted across the country. Aided by a high base effect, inflation will ease significantly. Let us now juxtapose inflation and growth rate of credit in India, in Graph II.

In this graph, the blue line represents CPI inflation, measured on the left-hand scale and the black line represents M3 which is the growth rate of broad money supply in the economy, also measured on the left-hand scale. The red dotted line represents the banking system credit growth rate, measured on the right-hand scale. As we see in the graph, CPI inflation has been on the upswing since 2000 and peaked out in 2010, sometime after the post-global-financial-crisis surge. M3 growth rate peaked out in 2008 when the global-financial-crisis broke out. Bank credit growth rate has been through several ups and downs since 2000 but has generally been trending down as capacity creation by the private sector has not been buoyant. The conclusion from this graph, where data is measured year-on-year as 3-month-moving-average to smoothen out the fluctuations, is that when M3 is easing, it contributes to easing inflation, though inflation is subject to many factors, particularly cost-push. 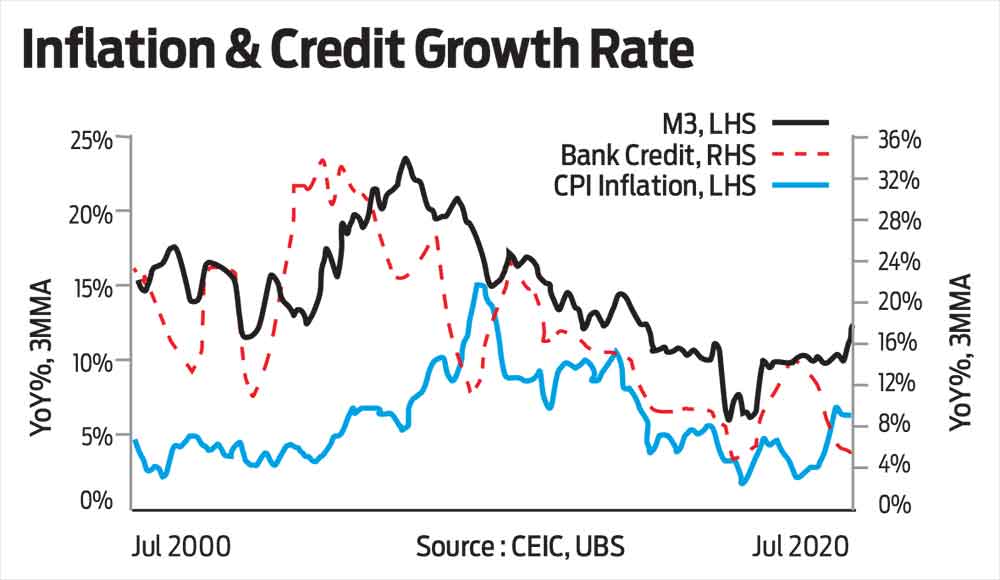 It would be expected that when RBI is easing the interest rate structure with repo as the signal rate, bank credit off-take would pick up with better funding. Unfortunately, that has not been happening, as due to lower industrial credit off-take, the demand is more about working capital. Bank credit growth has been largely driven by the retail segment. Real interest rate, as measured by a one-year bank deposit rate, or even by overnight RBI repo rate, is expected to become positive with easing inflation. The entire interest rate structure which is bank deposit rate, bank lending rate, small savings rates, NBFC lending rate has been trending down for some time as the RBI is pushing the sagging GDP growth rate through easier interest rates. However, going forward when the economy recovers from the COVID-19 induced shock, the interest rate cycle may turn around. Rationally, when an economy grows, entrepreneurs require resources, including money. To incentivise savings, when fresh capacities start getting created, RBI may have to shift focus to the other side.

The author is a trainer and columnist

Changing Caps In The MF World