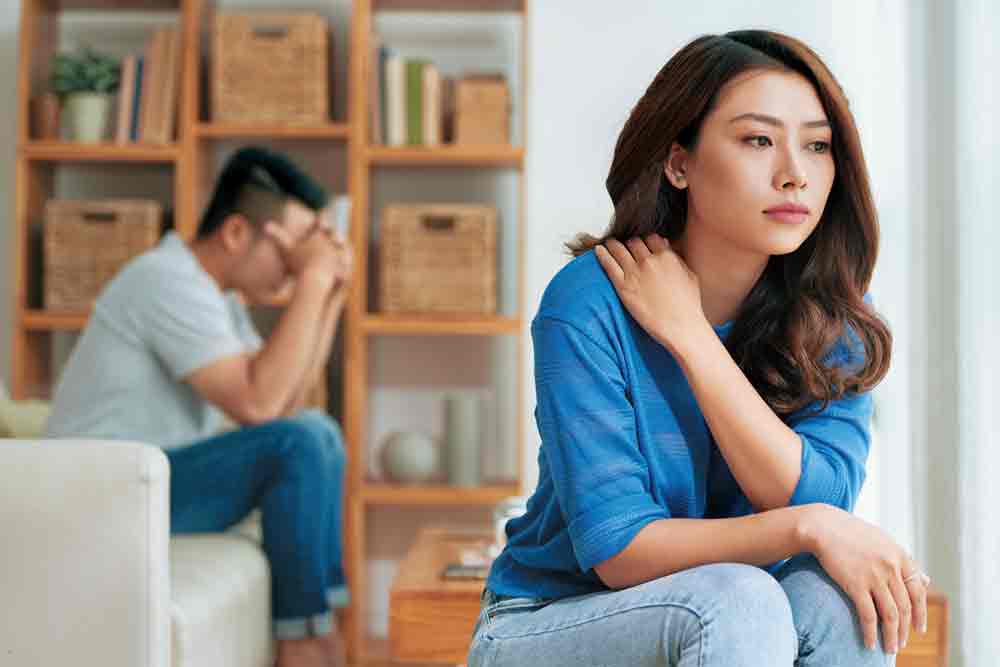 A Mumbai-based Marwari couple filed for divorce after being married for 25 years. When their lawyer cross examined the man about their bank account details, she was shocked to learn that there was neither a joint account, nor he had made any investments in his wife’s name. The case was handled by Mumbai’s famous family court lawyer Kranti Sathe, who also fought other high-profile divorce cases including Bollywood celebrity couples Karisma Kapoor and Sanjay Kapur and Malaika Arora and Arbaaz Khan.

This is no aberration. Many women across the country end up in such state of financial mess when they decide to walk out of a marriage. Some cases get resolved but several of them remain under litigation for years. “In a small city like Navsari (South Gujarat), we get at least three to four such cases per week. And the irony is, they are rising in numbers,” said Paresh Joshi, Practicing Advocate, Surat, Navsari and Valsad District Courts, South Gujarat.

Married women (even if they are working) suffer the most, when it comes to managing their personal finance. According to lawyers and tax experts, women should be held accountable for putting themselves in such a dire state.

Aarti Sathe, a practicing tax lawyer, said, “This is a more of a mindset issue. Most of the women I come across are of the opinion that this area (investing, financial planning, managing financial resources) is the one which they should not get into. They feel, their partners understand it better and hence, they do not question them.” It is like most men claiming that kitchen is not their forte so they don’t cook, which is again a mindset issue, she claimed.

All the women, she spoke to, are educated and come from well-off family backgrounds; some are professionals while others are homemakers. However, they all have given their partners the authority to manage their funds and assets.

Anita Mehta (name changed on her request), a media professional, who recently got separated, said, “During the marriage, the mistake was not to create a joint account for common expenses and goals in proportion to our salary. So when we separated, there was no way to figure out how and where my money went.”

Experts are of the opinion that though women have requisite provisions to protect themselves legally, to avail that they should get familiarised with the basics of legal parlance on how to manage their finances. “Women ignore their financial priorities over emotional and social considerations. It has changed over the years but the problem still exists in plenty,” said Aarti Sathe. She added, some of them also said that only single women need to be financially aware. “This is incorrect. You do it because you don’t want to be dependent.”

Giving her own example, she stated, she started investing very early in life. “Since the age of 28 or 29, I have been financially independent, having considerable investments across all the asset classes, be it fixed deposits, equities, mutual funds, real estate and jewellery,” she said.

Kranti Sathe, warns against investing too much in gold. She advocates investment in the gold but in a limited manner. According to her, money invested to buy gold is a dead investment and hardly gives you any return. In addition, there are other issues like purity of the metal, making charges and others, which act as obstacles in the return on asset. She advises to invest in those assets that have paper trail, where the woman has contributed or her participation can be documented like fixed deposits, bonds, shares, mutual funds. Parents also should take care that instead of spending heavily on marriage, a part of that money should be parked in long-term investments, which can be useful for the couple in their family life.

Advocate Joshi also pointed out that the responsibility of woman’s parent is not only to give her basic upbringing but also to provide information and knowledge about their personal finance management at a very young age to make her financially independent.

Once the woman gets married, she is never bothered about creating a separate or independent asset for herself, which should not be the case, said Kranti Sathe. “I think it is because of the fact that if a newly married woman starts thinking of carrying out an independent financial activity, owning assets in her name, plans her own investment, she feels it will raise some needle of suspicion in her husband’s mind, which might again affect their married life.” Hence, she never raises money matter during the first few meetings before their marriage, she stated. On the contrary, financial matters are serious issues and women should be clear about their perspective from the very beginning. Men should also encourage their wives to participate in financial activities.

Aarti Sathe added another dimension to it. She said, “Homemakers are not remunerated or their job is not assigned to any monetary value, though it is invaluable.” Also, they are mostly unaware of the efforts that go into collecting a corpus and how one (their male counterpart) earns that. They (women) are not concerned whether the invested money is growing and are often happy with the certain amount of pocket-money they receive from their husband every month, she explained. 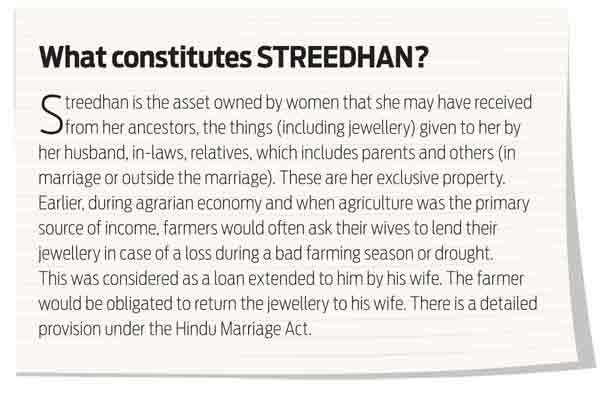 “This is a very serious issue,” warned Aarti Sathe, “Why women should not be aware of her partners’ source of income, particularly when a business is carried out in her name, or she is one of the partners.” They should be aware of their and their partners’ liabilities. If a woman becomes a co-guarantor for a loan along with her husband, it is important to know about the underlying securities.

Kranti Sathe said, “I am handling a case recently, where a real estate business is handled by the husband and the wife didn’t know anything about it, though the business is carried out in her name. Now, when the couple has decided to file for a divorce, the woman came to know that entire liability is on her. Fortunately, the husband is ready to take over the business liabilities.” However, while they were filing the application, the woman came to know about her husband’s extra-marital affair and refused to go ahead with the divorce. Now, her husband is blackmailing her with the liabilities.

Today, legal provision has become very stringent, the corporate governance  and company laws have been tightened so much that even for a minor technical violation, you might have to go behind bars, for no fault of yours, cautioned Aarti Sathe.

So what is the remedy for all this? Women should be self motivated as far as money and finances are concerned. They should take active part in discussions with their spouse and that too in front of their children. They should be aware of their rights with respect to where their names are being used. As far as financial literacy is concerned, it is already very low across the nation. To overcome this, we need to introduce the subjects related to savings and investment in the school curriculum. This will help us in creating and developing a more awakened and knowledgeable next generation. Women in particular should keep in mind three things while seeking financial independence, and these are knowledge, attitude and behaviour, concluded Kranti Sathe.

Unleashing The Laxmi Within

Budget 2021: What Does It Mean For Banks, Financial Institutions