Half Celebration During Festivals

Home »  Magazine »  Half Celebration During Festivals 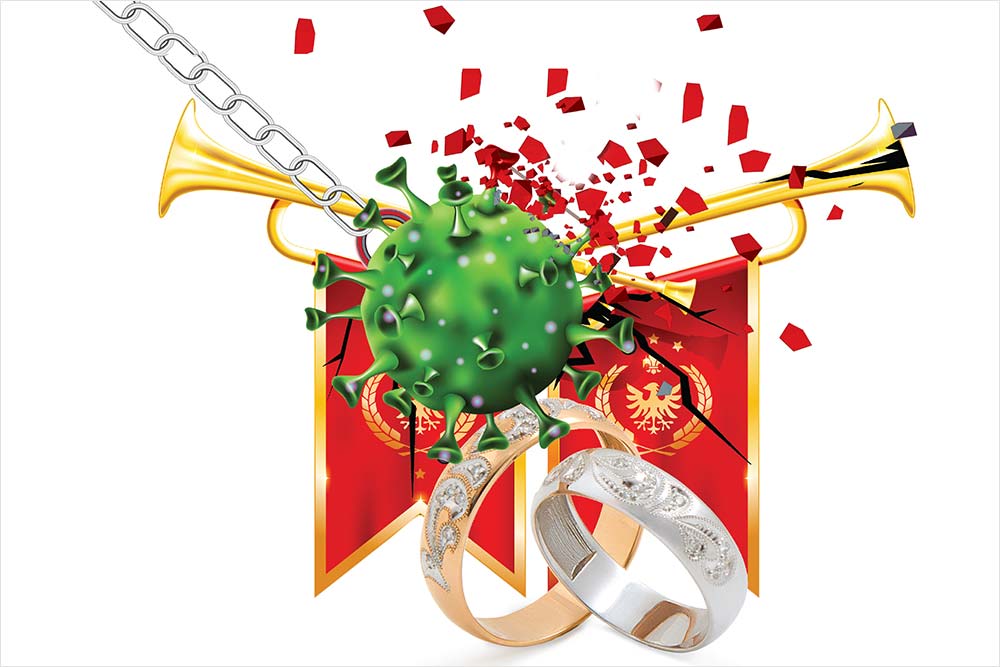 Prashant Jadhav, a young PR professional from Mumbai, was looking forward to buy gold for his wedding in December 2020. He had planned to purchase jewellery for his bride. With the pandemic, everything has taken a back seat.

Jadhav complains, “The spread of Covid-19 and subsequent lockdown derailed my entire plan and gold prices also began to rise sharply. I have to delay my wedding for a few months because of it.”

The pandemic has taught us all one big lesson—stay grounded, stay austere and go online. When it’s a choice between life and death, everything can wait, be it festive fanfare or big fat Indian weddings.

Come October, the biggest festivals begin and go on till Christmas in December. This also happens to be an auspicious time for weddings. However, with restrictions of social distancing and shoestring budgets, everything is in a very low key.

However with gold prices on a surge, retail demand for gold has seen a big dent: it has slid 56 per cent in the first half of the year to 165.6 tonnes as compared to the same period last year.

Maansi Rane, 58, who recently retired from an MNC and plans to conduct her daughter’s marriage, says with a sigh, “Weddings are a big deal in India. If it’s a daughter’s wedding, then it’s even more special. After retirement, my first priority was to buy gold for that. After a lot of research and consulting financial advisors, we were planning to buy on Gudi Padwa, the Maharashtrian New Year. Unfortunately, it fell on March 25! The lockdown was announced a day before and the price of gold started surging. Buying gold has become a difficult task at least for now.”

The biggest setback was seen in the jewellery industry where demand slumped to 117.8 tonnes in the first half of the year, as compared to 294.10 tonnes in the same period last year. Rising prices, contraction in growth (GDP) rates, declining disposable incomes and lockdown restrictions kept buyers away from the physical market.

The economy is in a dismal state. GDP figures for the first quarter (Q1) ended June 30, 2020, showed that the Indian economy has contracted by a massive 23.9 per cent, highest among the G-20 countries. The Q2 is also expected to see a sizeable de-growth. Along with contraction, the nationwide lockdown has also hiked inflation. The Consumer Price Index (CPI) has touched almost 7 per cent, which is above the 4.5 to 6 per cent band set by the Reserve Bank of India. 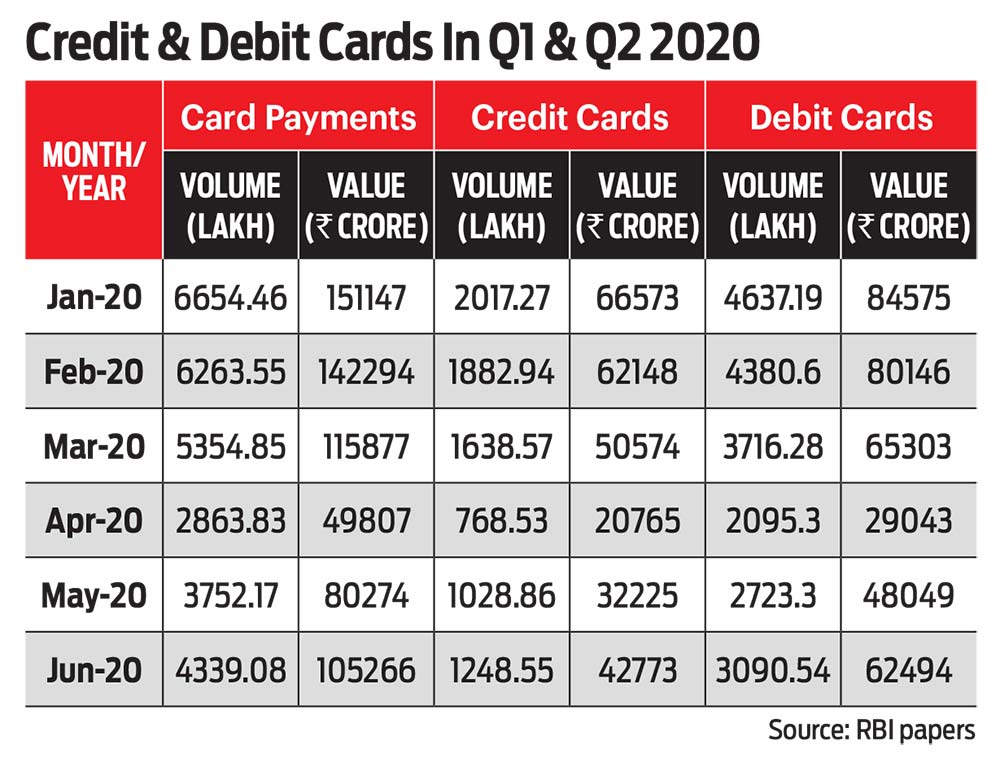 This seriously disrupts the festival season and the wedding season that follows.

However, certain data points indicate that ‘normalcy’ will come back sooner than later in the Indian economy.

Consumers, though, have discovered a unique way to beat the slowdown and get a bit  festive. The majority of buyers are now opting for no-cost EMIs (Equated Monthly Instalments) for their purchases—that’s giving a tough time to Non-Banking Finance Companies (NBFCs) which are offering quicker loans at competitive interest rates. Pine Labs, a firm that operates in the payment technology space and provides a smart cloud-based unified Point-of-Sale (PoS) platform, has seen an unprecedented jump in such EMI-driven transactions in the first two months of Q2.

B Amrish Rau, CEO, Pine Labs tweeted in August, “Credit and debit card EMI is solving consumer requirements in these tough times. The last couple of months have been the highest grosser. Nearly Rs 2,000 crore in a month.”

He feels retail Gross Transaction Value (GTV) in May bounced back to the pre-lockdown average as is evident from the consumer durables segment. Smaller cities (Tier-3 and Tier-4) are showing demand, as per a Pine Labs analysis. The total value of financial transactions done using debit cards issued by the banks at PoS terminals exceeds that of credit cards, as per June 2020 RBI data. The past five years have seen a steep rise in issuance of debit cards from nearly 55.40 crore to over 80 crore, as of June 2020.

With most consumers cautious about spending, demand for debit card EMI has shot up and the EMI business also reflects a growth of 26 per cent in value and 5 per cent increase in ticket size when compared to pre-Covid period. Tier-3 and Tier-4 cities have also registered 35 per cent and 56 per cent GTV growth respectively in EMI-driven transactions as compared to January 2020.

In fact, consumer durables witnessed a phenomenal growth of 250 per cent in EMI transactions compared to pre-Covid period due to more merchants providing debit/credit card EMIs on PoS option to their customers to boost sales.

Another interesting trend is investment in digital gold. Demand for gold as an asset class has been better, although there was a 39 per cent drop from a year ago period. Gold Exchange Traded Funds (ETFs) remains the preferred choice for investment with a massive inflow of over Rs 3,500 crore in the first half of this year. Rane says, “We have started our research in buying gold online and are currently looking for the best options. My family has decided we will not rush into buying gold and wait for the right time when prices soften.”

Jadhav’s friend has suggested that he go for digital gold. “Now I am thinking of this option, as it looks more feasible given the situation,” he adds. Sugandha Sachadeva, VP, Currency Research, Religare Broking, says, “The interesting fact is, the majority of gold ETF purchases in India are made by retail and High Net-worth Individuals (HNIs). Indian investors have also mopped up yellow metal by investing in gold bonds in a big way in all the five tranches, where they have subscribed to almost Rs 3,387 crore worth of bonds in the recent fifth series for FY21.

As gold prices correct in line with the international rates, and as we approach the wedding and festival season, demand for physical gold is likely to witness a revival.