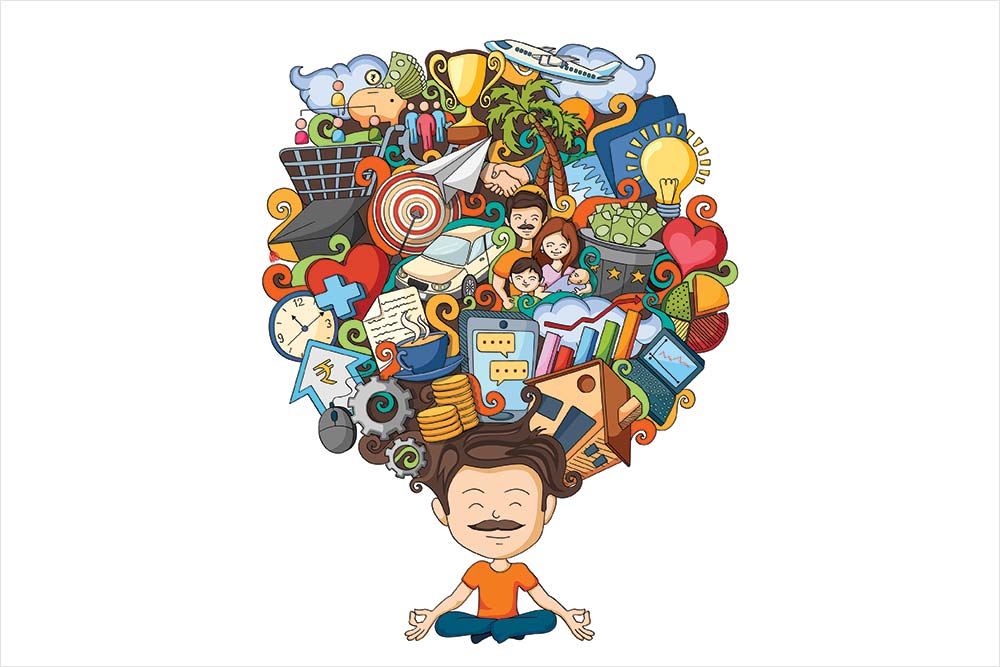 Need Of The Hour

Finance Minister Nirmala Sitharaman is angry and frustrated. For months, she told people close to her that critics, especially the media, overstated the economic problems, and underplayed the good news. In her mind, the Centre did everything it could to revive growth in this crisis. The results are there for everyone to see. According to her, and the Reserve Bank of India (RBI), the country’s economy will witness a V-shaped recovery, and be back on the high-growth track by mid-2021.

However, some experts aren’t sure. They feel that while a few sectors can bounce back early, others will require regular policy interventions until 2022. Even the central bank seems divided. One of its senior officials predicted growth stability to come only in 2022, which may point to more of a U-shaped trajectory. The real fear is that by the end of the pandemic, the informal sector, which accounts for a large proportion of Gross Domestic Product (GDP), investments, and jobs, may be decimated.

The contours of Budget 2021, Sitharaman’s third one, will be dictated by this contradiction, and the dichotomy of views. If the FM is convinced of a quick revival within the next quarter or so, her speech will be an incremental extension of the decisions and actions, which include the various stimulus packages, in the past nine months. She will feel that she has to merely tread the same path of policy reforms, investment boosters, and demand rejuvenation.

But if the FM takes her critics seriously, this Budget can turn out to be one of the most exciting ones in this century. Experts want Sitharaman to take this route, and to treat it as a great opportunity. “This Budget needs to be transformative and bold,” says a categorical Sanjay Kumar, Partner, Deloitte India. Adds PN Hariharan, CFO, ITM Group, “It needs to spell out the long-term strategy to restore growth.” This is the FM’s chance to use economic disruptions to provide systemic seismic shocks. 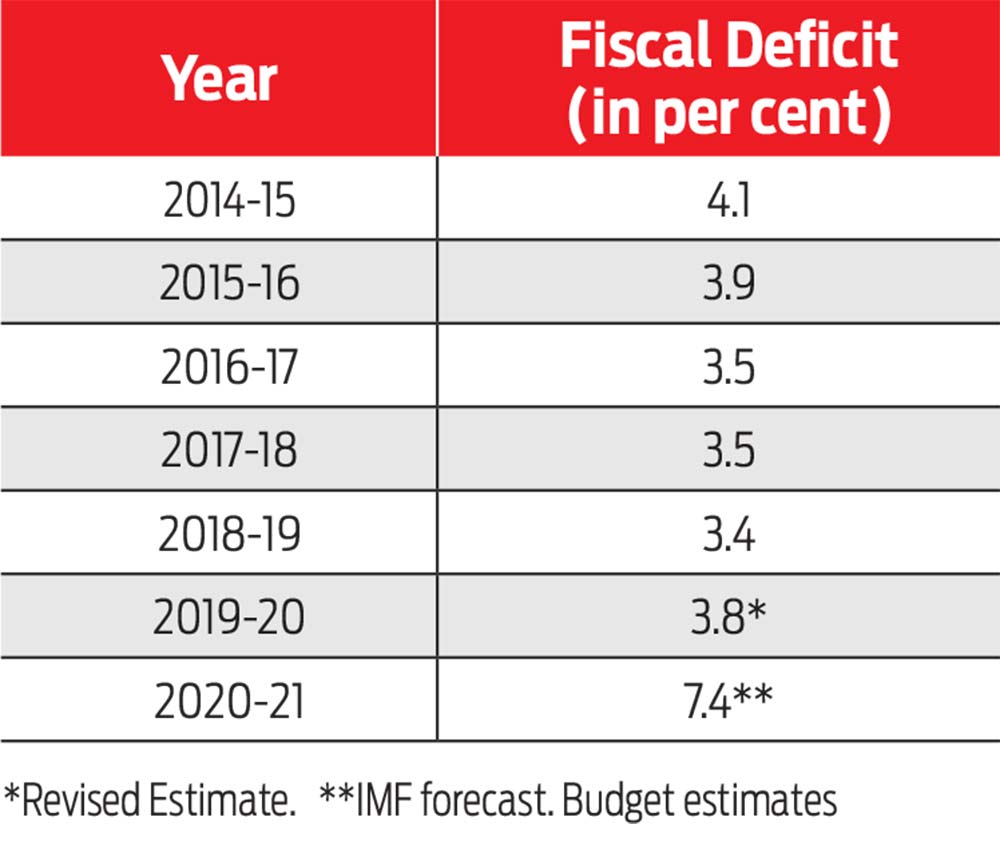 Whatever may be Sitharaman’s choice, there are four crucial issues that she will have to grapple with—reforms, growth (and investments), government revenues (and disinvestment), and fiscal deficit. These are not standalone factors, but impact each other in varying and complex ways. Reforms can catapult growth, investments, and revenues. Overall revenues and disinvestment proceeds will influence fiscal deficit which, in turn, can affect growth and investments.

Let us start with the easiest one; deficit. According to International Monetary Fund (IMF), India’s fiscal deficit is likely to almost double in 2020-21, compared to the revised estimate in the last fiscal. The FM isn’t bothered about it. She has maintained that in these exceptional circumstances, the government has to spend more than what it earns to support the economy. Hence, old fiscal targets will be missed. The estimates for the next year will indicate the extent of Sitharaman’s belief in a quick recovery.

Growth is paramount. Depending on whether one looks at it from the FM’s perspective, or critics’ prism, one can be either optimistic or pessimistic. The RBI thinks that after two quarters of negative growth, there will be a turnabout, albeit marginal, in the next two. Hariharan feels that we have only stopped the slide—from a negative almost 24 per cent in Q1 2020-21 to negative 7.5 per cent in the second quarter. “We have a long way to go to get to a positive 7 per cent rate,” he adds.

In terms of sectors and segments, says Frank-Jürgen Richter, Chairman, Horasis, the focus needs to be on MSMEs, tourism and hospitality, aviation, and real estate, which were ravaged by the crisis and offer massive employment in the informal sector. “Improving health is a priority. The distress can be alleviated by a heightened push towards employment to boost demand. We need to do it fast, and right or the recovery will be more difficult,” he explains. 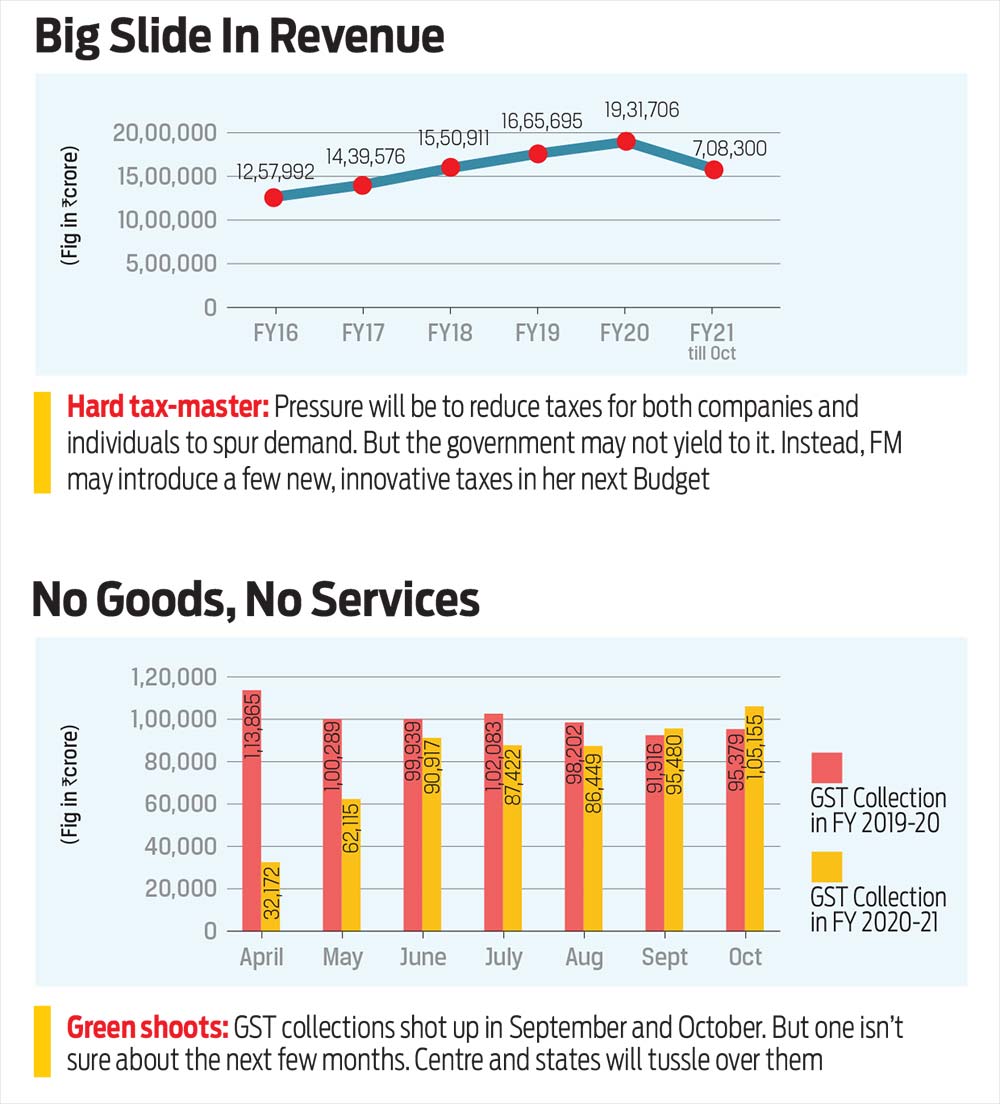 Apart from reforms and liquidity that the government initiated and injected in manufacturing and agriculture in the past few months, Hariharan advocates more short-term measures. These include tax-breaks and subsidies in various forms to reboot specific sectors. “I know it is difficult for the finance minister to compensate these monetarily. But measures like direct and indirect tax breaks, and credit guarantees for working capital, can be considered,” he adds.

The trick, at the end of the day, is to spur investments. Higher public spending is an option. For example, feels Kumar, Sitharaman can channelise the “large and growing personal savings”. In most cases, this strategy leads to “growth gains”, and raises average incomes across sections “without any adverse equity affects”. According to Richter, “extraordinary times require extraordinary measures”, but public investments need to be backed up by a “comprehensive plan”.

Over the past few months, the government announced several decisions to woo capital. However, the Indian private sector is still cagey and has adopted a wait-and-watch attitude. To further attract foreign money, Hariharan feels that the finance minister has to “demonstrate her intentions to de-risk capital, and walk the talk”. For example, in the case of infrastructure, the regime may have to provide state guarantees and opt for related reforms like land acquisition.

One has to remember that both these plans have attached problems. Reforms have proved to be contentious and controversial. The farmers’ protests on the three farm laws and the trade unions’ agitation on state-related labour laws are an indication. If the Centre hopes to push for freer policies, it has to create both political and social consensus. Also, as Hariharan puts it, the government has to “restore faith and remove trust deficit with the overseas investors”.

Greater public investments imply more borrowings by the Centre. Since 2015-16, central borrowings zoomed from under Rs 6 lakh crore to Rs 7.5 lakh crore in 2019-20. In the current fiscal, they stood at Rs 7.66 lakh crore in September 2020, and the new estimate for the fiscal is Rs 12 lakh crore. Under no circumstances can a finance minister allow the debt to go haywire. This is especially the case because the combined states’ debt may zoom because of shortfalls in revenues.

A large dip in revenues is a matter of concern. Over the past nine months, taxes of, and GST collections by, the Centre and states took a beating. In the previous Budget, the Centre’s targeted receipts for 2020-21 was Rs 22.5 lakh crore. Between April and October this year, the collections were only Rs 7 lakh crore. This will improve in the next few months as the economy perks up, but there will be a considerable shortfall. There is no escaping this bitter truth. 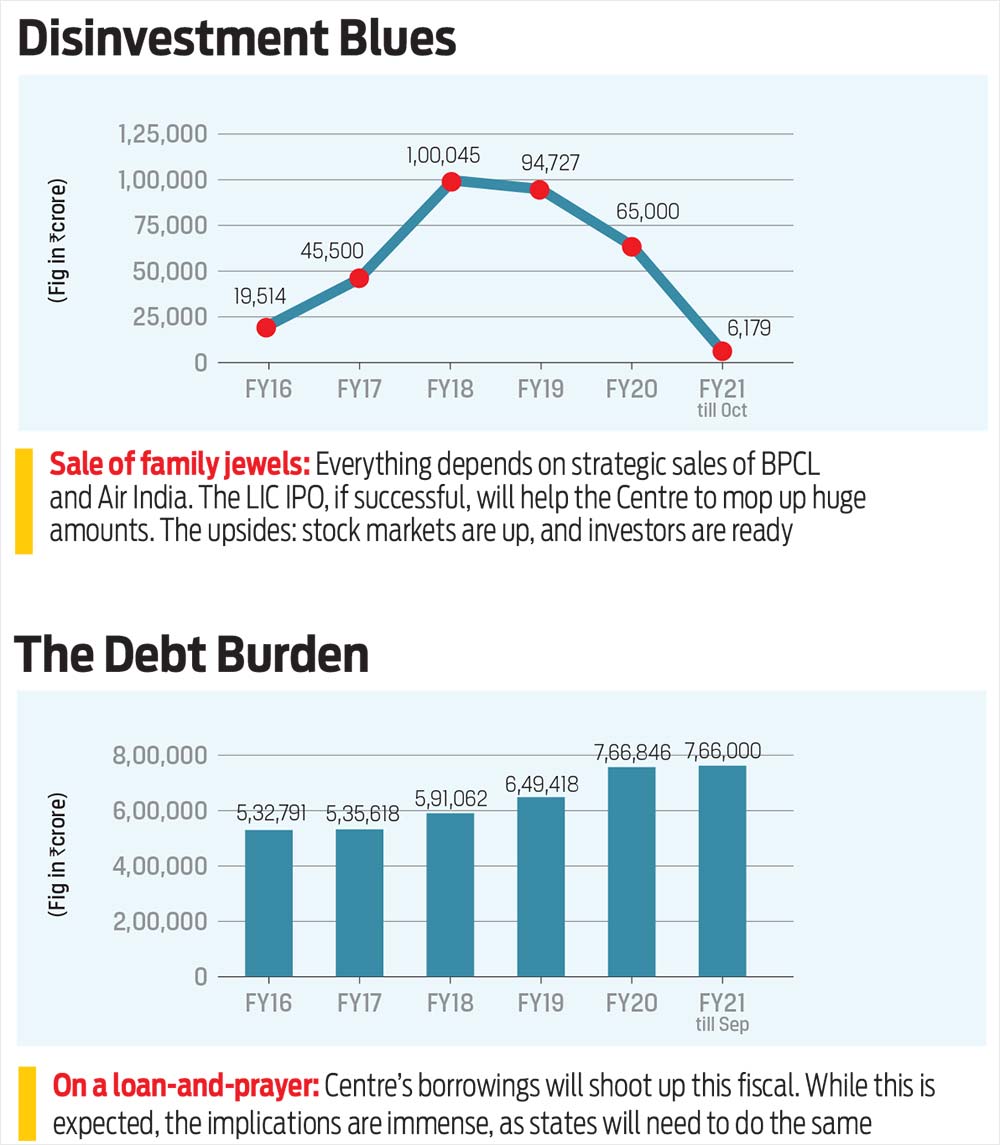 GST collections fared similarly. In the first five months (April-August) in 2020, the monthly mop-ups were below the figures for the previous year. The numbers improved in September and October and were higher than what they were in the same months in 2019. Experts, however, contend this was due to a combination of the festive season and pent-up demand during the periods of complete and partial lockdowns. Thus, one needs to look at the figures for the subsequent months.

Raising taxes is out of the question. In fact, there may be a case to reduce them to spur investments and demand. Both businesses and individuals expect the finance minister to provide them with incentives and reliefs in the forthcoming Budget. Kumar agrees, “Unnecessary tax pressure on businesses when they are struggling can create a negative effect.” He and others feel that this may be an opportune time for Sitharaman to inculcate far-reaching changes in the taxation structure.

One way to achieve this is to change the methodology to set tax targets. For example, instead of a top-down approach, where the estimates are based on what the policy-makers think will be the future growth rate, they can adopt a “more scientific tax-gap analysis”. According to Kumar, this has an additional advantage—an improvement in voluntary compliance. But if the finance minister is convinced about the V-shaped growth, she is likely to be gung-ho about 2021-22.

Sitharaman may impose new taxes to explore new avenues. These can include property tax, municipal tax, and some form of revenues from Tier-3 of the governance structure at the grassroots. “These measures can yield three times more revenues, as is the experience in South-East Asian nations, and ease the expenditure pressure on the Centre. It will create the required fiscal space for the Centre to spend on new schemes, or allocate more for the existing ones,” explains Kumar.

Yet another way out for the FM can be to re-accelerate the disinvestment process. For obvious reasons, despite an ambitious annual target of Rs2.1 lakh crore in 2020-21, the Centre could raise a measly Rs 6,000 crore as the disinvestment proceeds till October this year. However, the stock markets have boomed, and the Sensex is at its highest level. Even the mid-cap and small-cap indices rebounded in the past few months. Several firms successfully launched their IPOs this year.

Since her last Budget, the finance minister indicated the right options—strategic sales in the state-owned BPCL and Air India, and a humongous initial public offer of Life Insurance Corporation of India. The official process in the three cases is on, and the government needs to complete them by March 2021. This may be the best time to sell the family jewels, although the depressed global crude prices, and the state of the state-owned airline coupled with the turmoil in aviation, may hamper the strategic sales.

What is crucial to note is that this regime has decided to do away with the “Rob Peter to Pay Paul” kind of statistical jugglery to raise revenues. In the past, governments forced cash-rich state-owned units to buy shares in other public sector firms. It meant a transfer of funds from one pocket to another—from the companies to the Exchequer. In the above three cases, the money will come from external sources—global and domestic investors, both corporate and individuals.

Clearly, Sitharaman has a lot on her Budget plate. Even if she thinks that the economy is back on a steady wicket, as opposed to the sticky one earlier, she cannot take it easy. She has to use it to send the right signals to the various sections. Budget 2021 can indicate the beginning of a new ‘New Normal’ era. 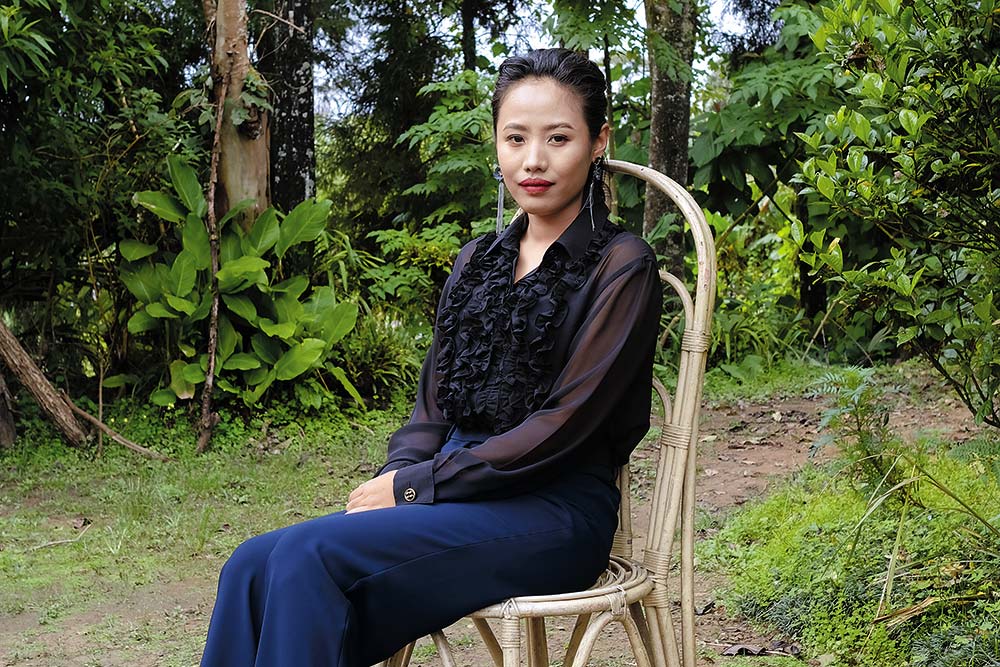 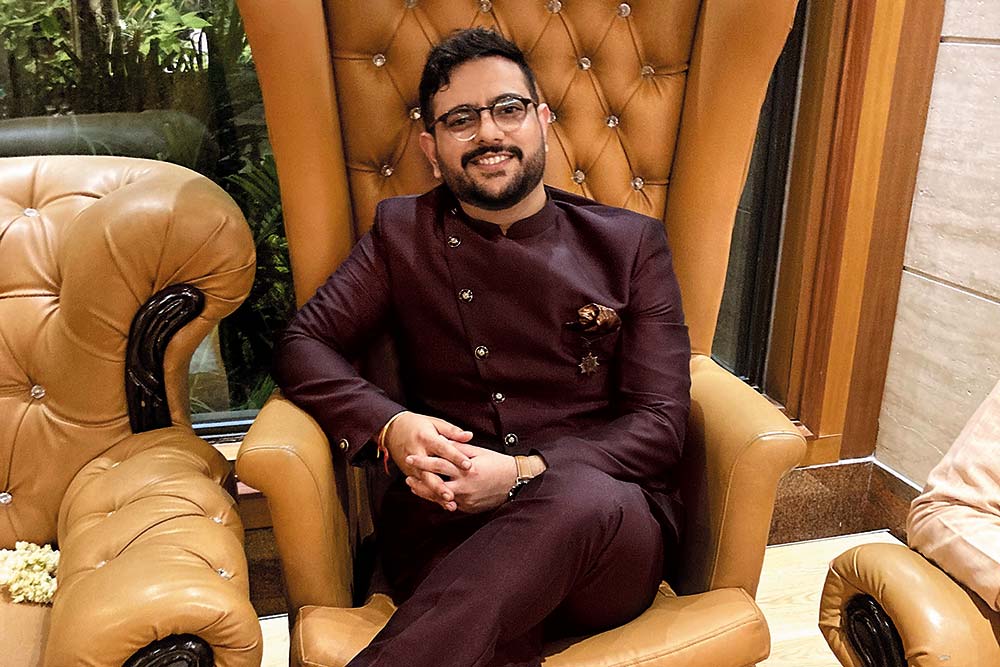 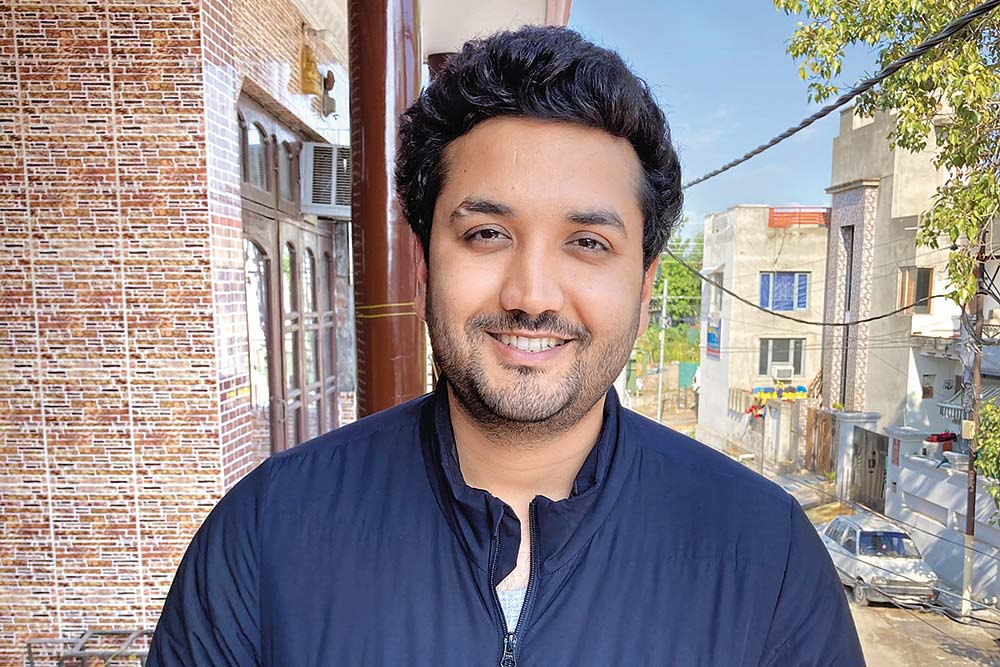 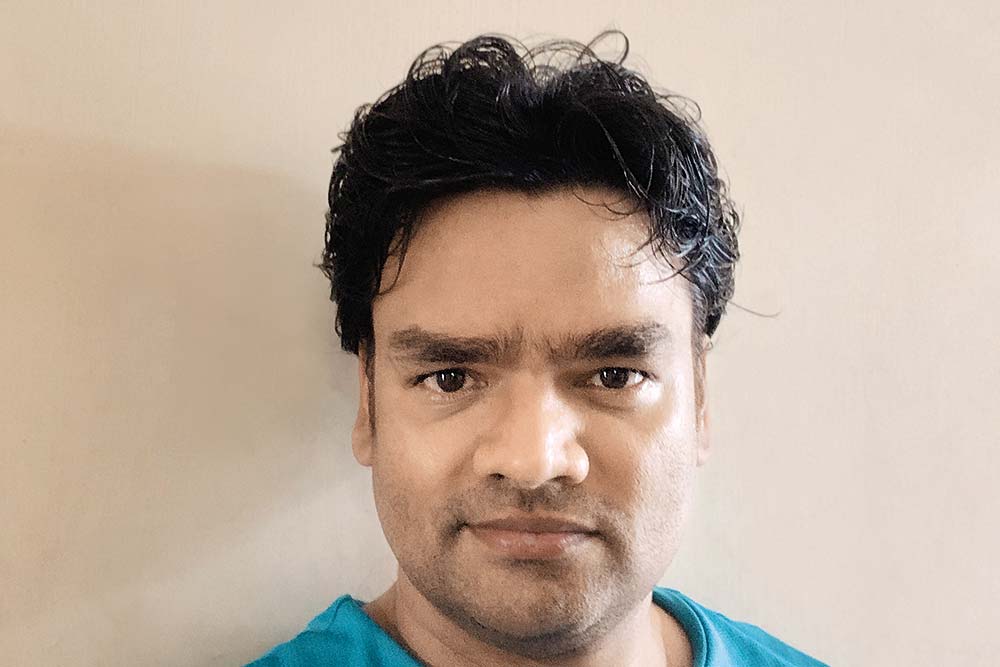 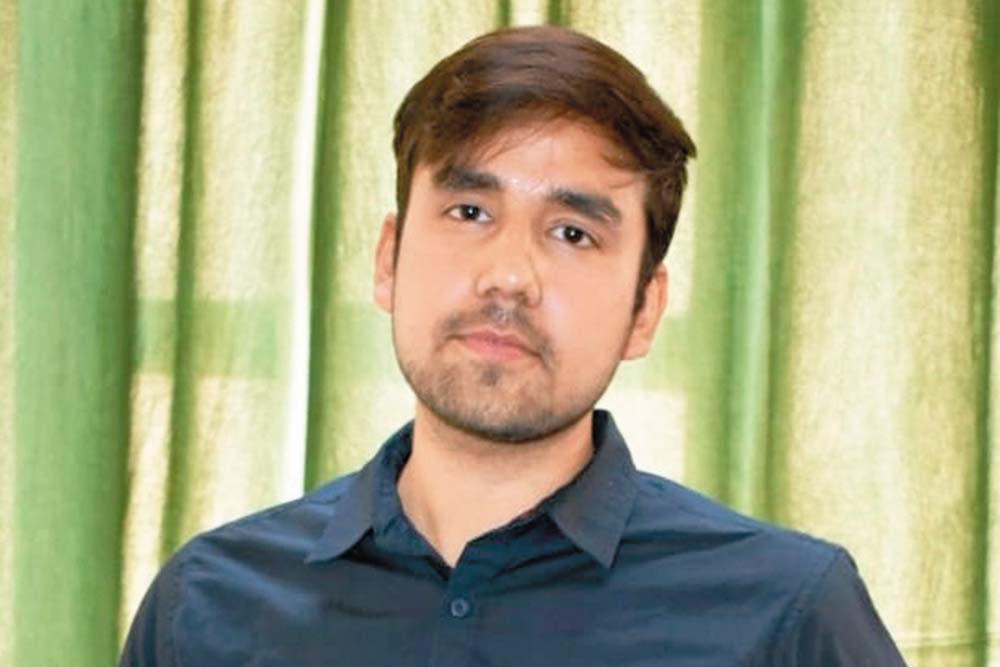