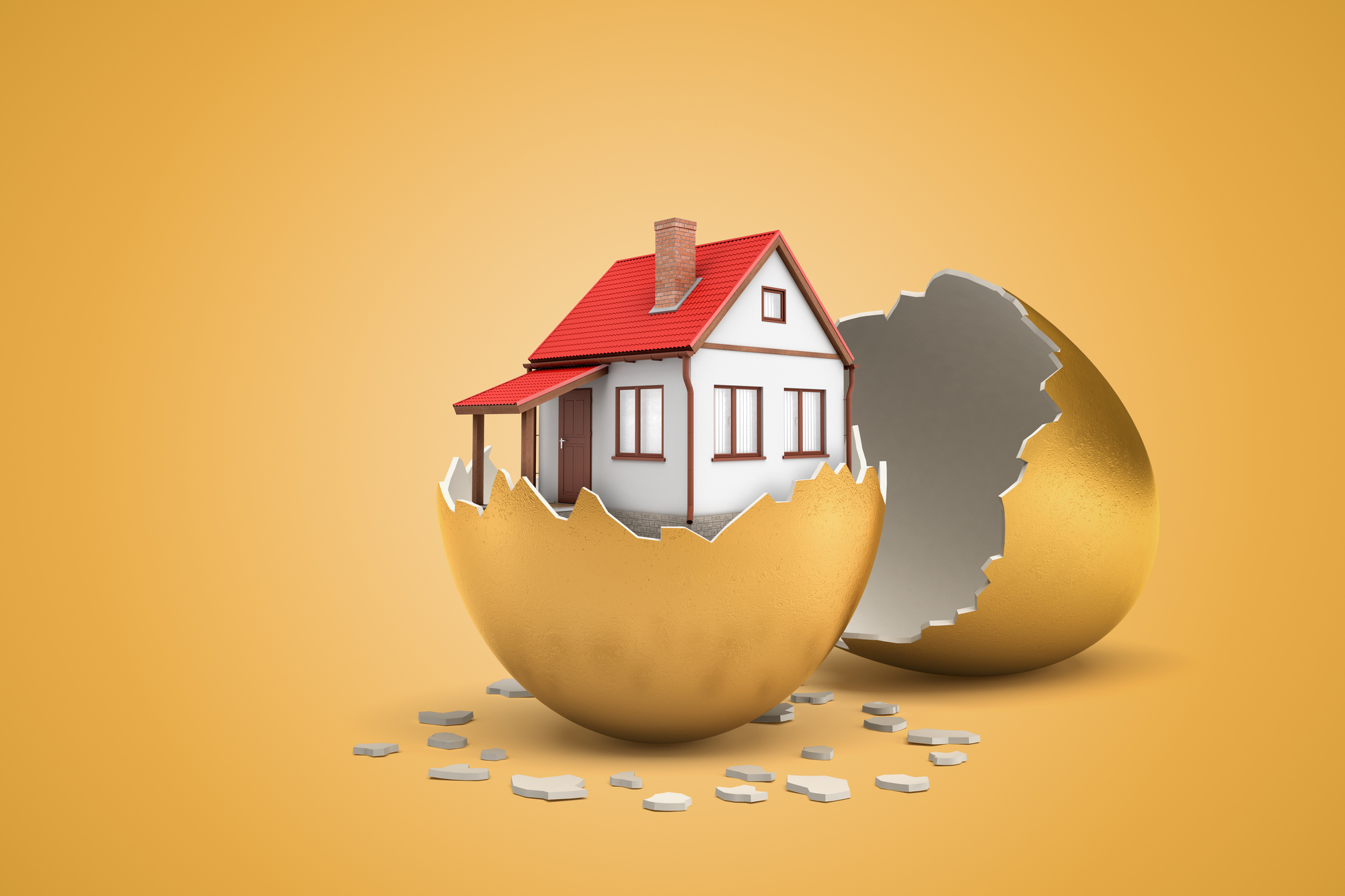 hile we have seen various economic and political crises, the COVID-19 is perhaps the biggest ever global crisis since the Great Depression in the late 1920s. This crisis or pandemic will change the way most businesses operate in the foreseeable future. Needless to say, real estate would be no exception. Naturally, there will be an effect on residential real estate in next 12-18 months.

Now, consumers are embracing the idea that their own home is the safest place to reside in.  Buyers are now resorting to digital medium to book homes.

“While we have seen online demand for residential real estate declining in the initial phase, we are seeing demand come back in the new homes, resale and rental segments. We also believe that as companies implement remote working, demand for residential real estate may spur demand in new micromarkets including Tier 2 and Tier 3 cities where homes are more affordable,” says Mani Rangarajan, Group COO, Housing.com, Makaan and PropTiger.

Having said that, residential realty is likely to experience a huge impact, according to Avneesh Sood, Director, Eros Group. He points out that there is a belief among many that they will lose jobs and would not like to take a long-term loan where they are not confident about the future. Many developers across the country may not be able to sustain the present debts and would go bankrupt if the government does not come out with a relief sooner than later.

“Even labour would not come back to cities if they feel safer in their villages, which might end up increasing the cost. With labour unavailability, the costs of construction would go up and the supply constraints will result in an increase in the cost of materials,” he adds.

“While some developers who have on-site labour have resumed construction, we are yet to see construction at full-swing. This will likely take some time given that migrant labour may not be available as supply chain of raw material has been disrupted in some areas,” says Rangarajan.

However, the problem of migrant labourers is expected to reverse once the situation improves over the long term.

Also, most of the projects, which were under construction have been put on hold because of the lockdown. After the lockdown is relaxed, it will be a period of about six months before those projects are completed. Hence the government has suggested that project completion deadline be extended for at least six months for the RERA- registered ones. So, it will be some time before new projects are launched.

“However, there is a huge amount of unsold inventory in big cities. At the higher levels of ?75 to ?1 crore, there are not too many buyers but for houses that cost between ?25 lakh to ?75 lakh, buyers are there,” says Deo Shankar Tripathi, MD and CEO, Aadhaar Housing Finance. So, there will be a lot of ready homes that can be bought when the pandemic is over.

Tripathi says that since affordable housing is dependent on informal local builders, these projects might not be affected that much as labour requirement is somewhat limited for such projects. “The young generation will now be inclined towards buying property without delay. People who were living on rent and were investing in other asset classes are realising the importance of owning a home post lockdown. The focus now is to own a property for various reasons including it being the safest investment option in the long run. This change in mindset will definitely increase the demand of affordable housing,” says Pradeep Aggarwal, Founder and Chairman, Signature Global and & Chairman - ASSOCHAM National Council on Real Estate, Housing and Urban Development.

Another factor to consider is that of incomplete projects. Lot of projects were still under construction when the lockdown was announced and there is the concern that the problem could get worse. The real estate sector has been experiencing liquidity crisis for two-three years now. Incomplete projects fall in two categories – stuck and delayed. Both these projects are facing problems due to liquidity crunch. “Government has to come forward with some solution to make sure that buyer should not suffer. One of the ways to deal with them could be giving these projects to willing financially strong developers. However, this has to be done on case-to-case basis. Else government has to step forward to help realtors complete them. The situation these projects are in has nothing to do with COVID-19, except that the pandemic has further worsened the situation of such projects,” says Aggarwal.

However, Yash Miglani, MD, Migsun Group is optimistic because he feels that more than the buyers, the developers would be keen on delivering projects within authorised timelines. The government has given us timeline extensions. “Now defaulting on those would mean extra costs, lockdown has anyway put certain stress on fund allocation, so developers would not be treading the way of defaulting payments. Buyers can be assured for timely deliveries,” he adds.

Miglani believes that the recent government measures to infuse liquidity into NBFCs can also benefit developers as some of them are dependent on NBFCs for financing. Given that buyers prefer ready-to-move-in projects and the fact that developers are subject to penal clauses under RERA, we are likely to see developers focus on completing under-construction projects.

One thing that may act as an incentive to buy a house are the reduced home loan interest rates at present. This has certainly led to a rise in enquires though it is to be seen if it leads to a rise in sales. “Individuals with regular and secured incomes will be conjugating their financial decisions for being better prepared with situations like these. The lower interest rate will be directly passing on the benefits to end users. Such favourable scenarios might fuel demand for homebuying to a certain section of end users, but this cannot be a definitive pattern across a demography or location,” articulates Miglani.

Another question is whether residential property prices will fall once the pandemic is over?  Here, one needs to understand that the way the real estate market was before the coronavirus crisis holds a key to how it will behave once things get normalised. “The market was a very stable one and an end users’ market. Even before the coronavirus crisis we were in a situation where there was no speculative pressure as such because many investors burnt their fingers and were keeping away from residential realty,” says Pankaj Pal, President- Business Development and Strategy, AIPL. Prices were very rational if you compare with the benchmark. So, when the COVID-19 crisis is over, there will at least be no price correction because the levels had already corrected from the five-year-old peak.

Sharing his views on the same, Dhiraj Jain, Director, Mahagun Group says, “Builders are seen extending incentives to buyers even during lockdown, in order to keep sales in motion. Depreciating prices is highly unlikely due to various factors including hike in values of raw materials and exodus of migrant labourers.” Also, developers will be working under the dual pressure of timelines and guidelines, leading to extra funds and time from their end, he adds.

Rangarajan says that we have not seen significant price appreciation in most Tier 1 cities except Hyderabad where prices have increased by double digits over the last two years. At the same time, developers have incurred higher expenses as construction costs, regulatory compliance costs and wages have increased. In this scenario, while we may see some softening in prices, we are not likely to see prices declining significantly all across the market.

However, he adds that a homebuyer can expect numerous incentives. Several developers including some top brands such as Godrej and Brigade have already launched several schemes for homebuyers including the possibility to book units on a token amount that will be partially or fully refundable on completion within a certain period of time from the end of the lockdown. Some developers have launched a price protection scheme, where buyers will be compensated for any price reductions for a certain period of time from the date of booking.

“It is a good time to buy a home. The whole ecosystem supports the buying decision,” says Pal. Therefore, if you had plans for buying a house and are sure about your financial stability, post the pandemic, go ahead and buy the house of your dreams.

Digital Payments, The Need Of The Hour In This Pandemic