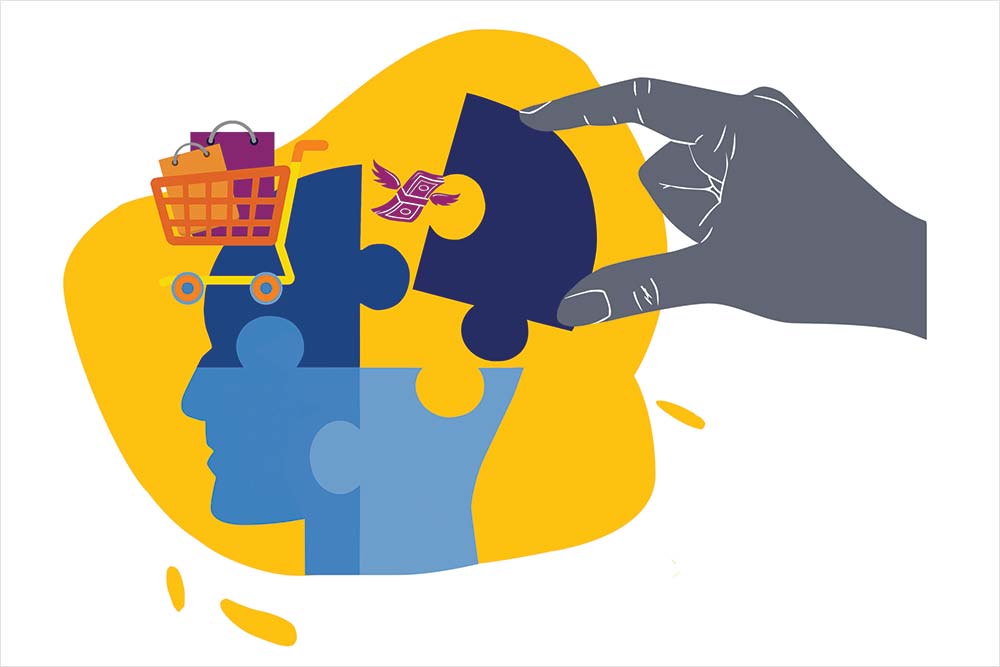 I am going to narrate a few stories that will make you realise that money is not money. At least not in your mind. Mental accounting shows that individuals are far from objective when money comes into their possession.

Money is treated differently, depending on the source.

A couple went on a fishing trip and caught a few salmons. They packed the fish and sent it home on an airline, but the package was lost in transit. They received $300 from the airline, out of which they splurged $225 on a dinner. They had never spent that much at a restaurant before.

Money is not supposed to have labels attached to it. Yet the couple behaved the way they did because in their mind, the $300 was a “windfall gain”. The extravagant dinner would not have happened, had each received an increment of $150 at their job.

This story by economist Richard Thaler is used to describe mental accounting. It is a concept that has many implications, one of them being that money is dealt with differently, depending on its source.

Psychologist Hal Arkes narrated a story of employees of a firm taken to the Bahamas on a retreat and each given a cash bonus of $100. Almost all of them headed to the casino. What was interesting was that up to $100, they had no qualms betting. The moment it crossed that threshold, they got more cautious and slowed down or stopped altogether, because they felt they were playing with their “own” money, rather than “free” money. Ironical is it not? The $100 was their “own” money too, it is just that it was handed to them and never came out of their own pocket.

Money is treated differently, depending on what it is called.

In the book Why Smart People Make Big Money Mistakes & How to Correct Them, the authors talk about an experiment conducted with 24 students at Harvard University.

The students received $25 each as part of a research project and could spend as much as they wanted at a particular store. The unspent amount (from $25) would be sent to them by cheque.

All were told that the research was partially funded by tuition dollars, but half of them were told that it was a bonus, while the other half was told it was a rebate. That apparently small difference in how it was framed, dramatically affected how students handled their windfall.

Of those who considered it a bonus, 84 per cent of them spent some or all of the amount. From the group that viewed it as a rebate, only 21 per cent spent any money at all.

Imagine yourself at the receiving end of a windfall — let’s say Rs 5 lakh. If you won a lottery, would it not get a different treatment had you earned this as an annual bonus? The chances of you splurging in the first instance are much higher, though the amount of money is identical in both instances. That is because when we earn money, we are more likely to put it to practical uses. If it was won, found or given to us, we are more likely to spend it for enjoyment.

Money is also treated differently, depending on what something costs.

Let’s say you went to buy a lamp and narrowed down on one costing Rs 1,500. You were told that if you visit another store five blocks away, you will get the identical lamp for Rs 1,000. There is a strong likelihood you would make that walk.

Now, instead of a lamp, assume it was a sofa that cost Rs 25,000. You can still walk five blocks away to get it for Rs 500 less, but you would not bat an eyelid.

Money is also treated differently depending on how we lose it. Because, even loss is processed in a mental account.

Let’s say you lost a Rs 500 ticket for a concert. You are not likely to buy a new ticket unless you are desperate to watch the show. Let’s say you did not lose the ticket but lost Rs 500 on the way to buying the ticket. Chances are you would still buy the ticket.

In the former, you would tend to think that Rs 1,000 is too large an expense for the concert (mental account: entertainment). In the latter, Rs 500 is the cost for entertainment, Rs 500 just turned out to be an unfortunate loss.

So, is mental accounting wrong?

It is a shortcut that our brains use to try make sense of things and assign meaning and order to the world. But it has significant repercussions, because it is often emotionally driven and can lead to illogical or even damaging decisions.

How must we harness it?

Set a predetermined rule for any windfall — inheritance, gift, bonus, rebate, refund, lottery. Don’t leave it to your whims and fancies.

The author is Senior Editor at Morningstar

In Green We Trust