Flowing Back For Better Returns 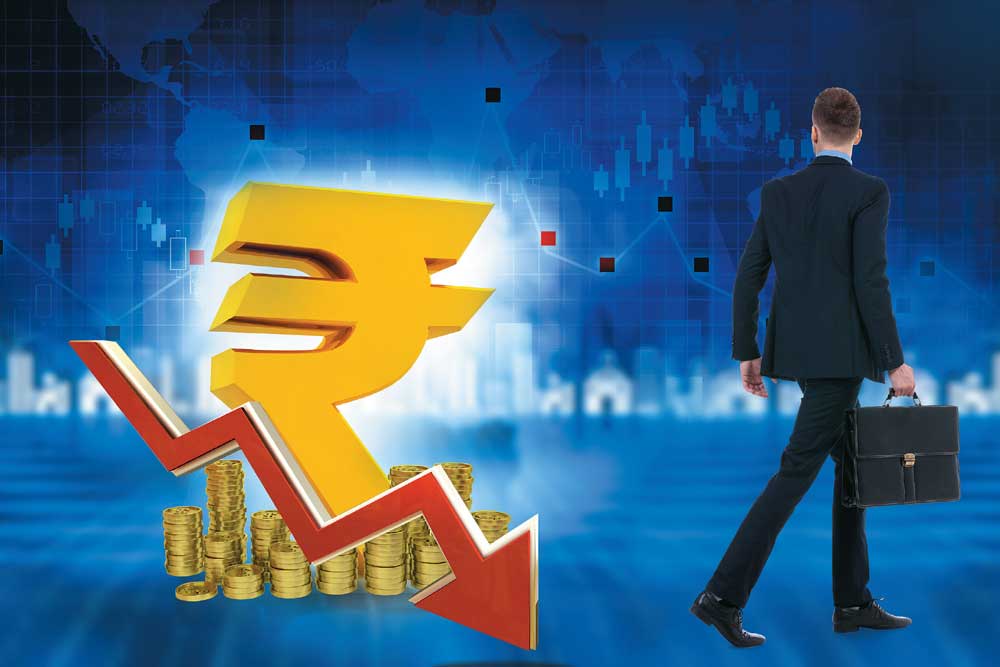 As Foreign Institutional Investors (FIIs) turned net sellers in June and August, after five months of buying, a revival trend was witnessed in September. Is this a sign of revival post government measures or India’s growth story is still far from being revived?  Well, that’s definitely debatable.

There is a reason why the World Economic Forum (WEF) has placed India 10 spots lower at 68th rank as compared to last year in its report on global competitiveness. WEF predicts that the global economy is ill-prepared for a downturn after a lost decade for productivity-enhancing measures and is heading towards a major slowdown. It implies that there is barely any central bank in the world that right now is not easing interest rates to combat the growth slowdown. This turned Foreign Institutional Investors (FIIs) into net sellers as they engaged in a selling spree in the month of July ($ -1.9 bn/` 190 Crore) and August 2019 ($2.2 bn/Rs.220 Crore), after five months of buying in the calendar year, putting Indian markets on a bearish mode.  So far, for the nine months of 2019, S&P BSE Sensex has garnered only 8.3 per cent gains. During the same period, BSE mid cap and BSE small cap index has dropped by 7.8 per cent and 9.6 per cent respectively.

“Indian Rupee has been weakening against the US Dollar; there has been uncertainty on the fiscal deficit front; growth concerns remain live; corporate earnings growth has not been very encouraging. It is a combination of all these factors in varying proportions that has led to FIIs being net sellers in August,” explains Lakshmi Iyer, Chief Investment Officer, Debt and Head, Products, Kotak Mahindra AMC. That said, FII ownership has inched down marginally from 21.8 per cent in March 2014 to 21.3 per cent in September 2019. In terms of ownership of free-float, FII ownership has slipped from 44.9 per cent to 42.6 per cent over a similar period, while DII ownership has shown a meaningful jump from 21.6 per cent to 26.6 per cent as pointed out by Motilal Oswal Financial Services in its research report - In And Out of institutional flows.

According to experts, FIIs are considered momentum investors, as when market goes down, so does FIIs, which prefer to sell even during such times. Take for instance the NBFC crisis that turned out to be a great catalyst for FIIs to take out money from crisis-woven financial players like DHFL, Indiabulls Housing Finance as well as Yes Bank along with other companies that reported corporate governance issues. Next, markets in Asia ex-Japan are reasonably valued, whereas frontline stocks in India are currently trading at a yearly high valuation.

In addition to this, India’s growth story is lackadaisical featuring disappointing growth numbers by corporate along with the current downslide trend of the economy. Further, US-China trade continues with its game of dice for global bourses, particularly for the Asian ones. “The adage ‘When America sneezes, the world catches cold’ took its colour when the global bourses reacted time and again on any development between US-China trade war. All the story of India slowing down was made worse by enhancing surcharge on ultra-rich individuals including FIIs, which was later removed for FIIs,” explains Umesh Mehta, Head of Research, Samco Securities.

However, after a slew of measures undertaken by the government in last three months, the velocity in momentum selling has currently subsided as observed during September 2019 where FIIs turned into net buyers of Indian shares to the tune of $1.04 bn. “We have already seen some trend reversal in September, where debt + equity FPI flows were in the green. Contrary to Calendar Year (CY) 2018, where we ended the year with net negative flows by FPIs, we do believe that CY 2019 is likely to end in the green,” claims Iyer. For India, Diwali came early, as the government took a major decision in September 2019 by announcing fiscal stimulus in the form of a sharp reduction in the corporate tax rate from 30 per cent to 22 per cent as well as fillip for investments in manufacturing. 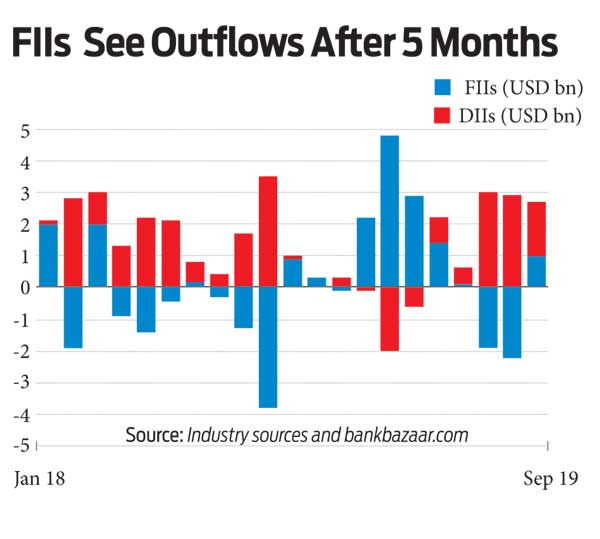 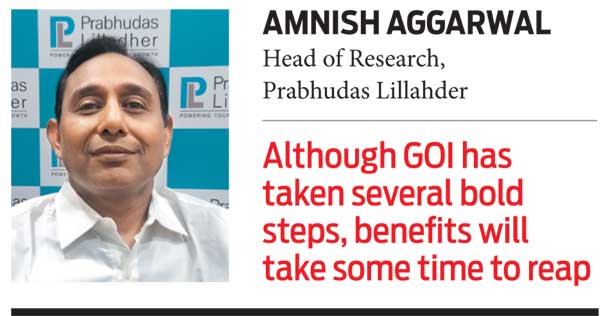 Further, to combat a declining economy, RBI also cut interest rates by 0.25 per cent in early October. With that so far, the RBI has reduced policy rates by 1.35 per cent and current repo rate stands at 5.15 per cent. “Although GOI has taken several bold steps including reduction in corporate tax rates, some of these are structural and will benefit over coming few years. We believe reduction in personal income tax rates can go a long way in reviving demand. Divestment of PSUs by complete sale of reduction of government shareholding below 51 per cent will be seen in a positive way,” believes Amnish Aggarwal, Head of Research, Prabhudas Lillahder.

That said, given the nature of Foreign Direct Investments (FDI) are stickier, as they are project based, the reduction in corporate tax rate is likely to facilitate growth and the sell-off by FIIs should stem very soon, claims experts. “The market has been impacted by challenges in the banking and NBFC sector. While the market seems more pessimistic, challenges will take more time to be sorted. Meanwhile, corporate earnings should start dictating the tone for the market as Q2 earnings are round the corner. Tax rate cut provides the earnings growth cushion and we should see the market settling for an upmove in the next three months,” says Naveen Kulkarni, Head of Research, Reliance Securities.

On the other hand, a few experts believe that as far as outlook on debt and equity is concerned, the broader market is on the consolidation phase. “2018 was one such year of consolidation. Also 2019 would also be another year of consolidation, which will last for the next four to five months of 2020.  After that we gradually move into next cycle where markets would again do well,” confirms Amar Ambani, Head of Research, Institutional Equities, YES Securities. However, in the end, the outlook on the economy will determine FII trend, as the inflows will also be viewed in conjunction with a slowing economy. For that the revival hopes of Indian economy have to improve for an appreciable FII inflow. Till then, it’s an absolute wait and watch scenario for the overall Indian economy.