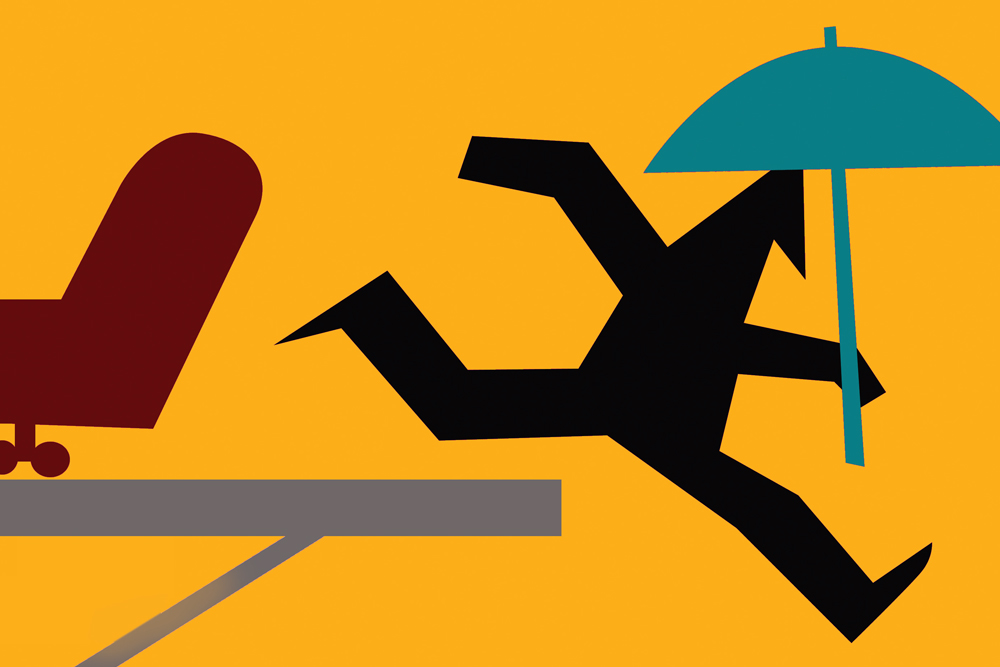 Retirement is a subjective concept but an early retirement is a definitive decision. It is linked to financial independence, unlocked by the drudgery of slogging five days a week and a stop to an active work life at the age of 60.

Naren and his wife Sugandha, a software engineer and hospitality professional respectively, quit their jobs, at 32 and 29 and decided to pursue, what they call, their ‘dream’. “We are personally motivated by freedom and control, and what early retirement gives us. When we started on this path we had seven years of expenses saved up, and were debt free. It gave us enough courage to quit our jobs and pursue our interests”, says Naren.

Early retirement is not about quitting work altogether but instead it is more about earning the freedom to do something you are passionate about. Your social circle will slowly realize that you are becoming happier and more satisfied in life.

At 22, Rishi Piparaiya had decided to retire early and follow his passion—writing. Over the next 18 years, he rose in a top corporate job, but quit it when he was 40. “I am pursuing my passions and busier than I have ever been. The only difference is that, in all spheres of work and life, I enjoy. So there is little pressure. I wake up every morning charged up to do whatever I have to do,” says Piparaiya. His early retirement has earned him more fame in the literary world than his corporate job.

Currently, early retirement is not a mainstream idea and it has reached only a fraction of the society. However, the idea to romance with such a possibility exists in everyone. “For me personally, the goal is to build a house in the Himalayas, have a farm to grow all my food and live off the grid,” says Pranav Pandit, 25, a Stockholm-based business analyst, working with a recruitment company.

The concept of early retirement is gradually gaining momentum wordwide as well as India. The phenomenon is aptly termed as FIRE – Financial Independence and Retire Early. The group FIRE – is a set of people who have this philosophy and mindset that is to retire early and pursue their passions.

Most high-income earners with engineering or MBA degrees, especially from top institutes reach middle management often before 40. These professionals many a time have a high risk of being laid off for being expensive to the company or see their incomes stagnate. It is already happening in the IT sector media and manufacturing services.

A person is saddled with multiple expenses like home loan EMI, saving for child’s higher education and saving for retirement by the time he turns 40. It is very stressful to meet these rising expenses when your income stagnates or you are laid off.

By the time your turn 40, you become financially independent and if you have a safety net to fall back upon, you can make bold life choices like changing careers, starting a business, working less for a healthier work-life balance, taking a break for a few years or simply chasing your passions – like travelling the world or raising an organic farm! 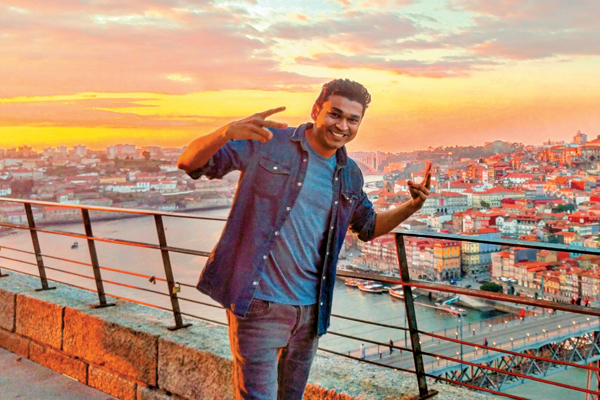 “If you start early, you can even become financially independent by your early 30s” says Naren who along with Sugandha runs a blog titled SavingHabit.com after they chose to retire early. Proper savings enabled them to quit their jobs early and pursue their interests.

“My software business started after I quit my job and it funds our lifestyle in Goa, and is a result of our early retirement journey,” confirms Naren.

Imagine what people can achieve if they had a much bigger safety net. Once a fantasy, early retirement is a reality now for many to adapt it.

Nonetheless, for those planning an early retirement, the opportunity to build a strong financial corpus, not just based on saving but on growing money from their investment are plenty. With innovations like regulated stock markets, mutual funds and SIP, even the salaried middle-class can now retire early which was previously possible only for high-earning executives or business persons.

However to do that, be ready to take some tough decisions, both about lifestyle and future financial inflow and outflow. Most early retirees generate some active income by doing work they like. Since they do not dip into their early retirement corpus for monthly expenses, this safety net keeps compounding in value, allowing them to experiment freely with their life

One may opt to work half a year or alternate years or part-time or flex-time. It is a retired life, as long as the work gives them satisfaction and reasonable returns and does not push them into the rat race.

“If we look at the math, saving 20 times your annual expenditure would allow you to withdraw five per cent of the fund which will equal your annual expense. Now, if you can grow this pot by five per cent, which should not be that difficult in India, your growth offsets the withdrawal and your corpus value remains the same,” says Swarnabh Mukherjee, a Mumbai-based investment and risk management professional. 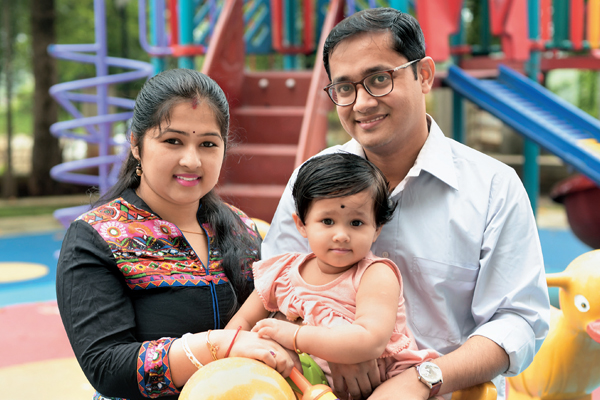 Mukherjee, 33 along with his wife Poulamee, 29 belong to the FIRE group, who though currently employed, aspire to retire by the time they turn 45.

Naren and Sugandha suggest, take your annual spending and multiply it by somewhere between 25–50. That is your retirement corpus.

If your annual expenditure is Rs 12 lakh, then 25X of that comes to a retirement corpus of  `3 crore. One can withdraw `12 lakh in the first year, which, is four per cent of your corpus. Second year onwards one can withdraw the previous year’s withdrawal amount adjusted for inflation so that the personal lifestyle matches inflation.  “Personally we are targeting 40X corpus in India. However our approach is to make a switch to whatever we want to do in life after we have saved 25 years of our expenses and then as and when possible keep adding to the retirement corpus,” says Naren.

According to the couple, 25X may not be enough to retire fully at age 40 as misunderstood by many. But it is enough of a safety net to do what you want to do in life and make some money now and then while doing what you are passionate about.The pressures of society when you retire are other aspects that early retirees face. 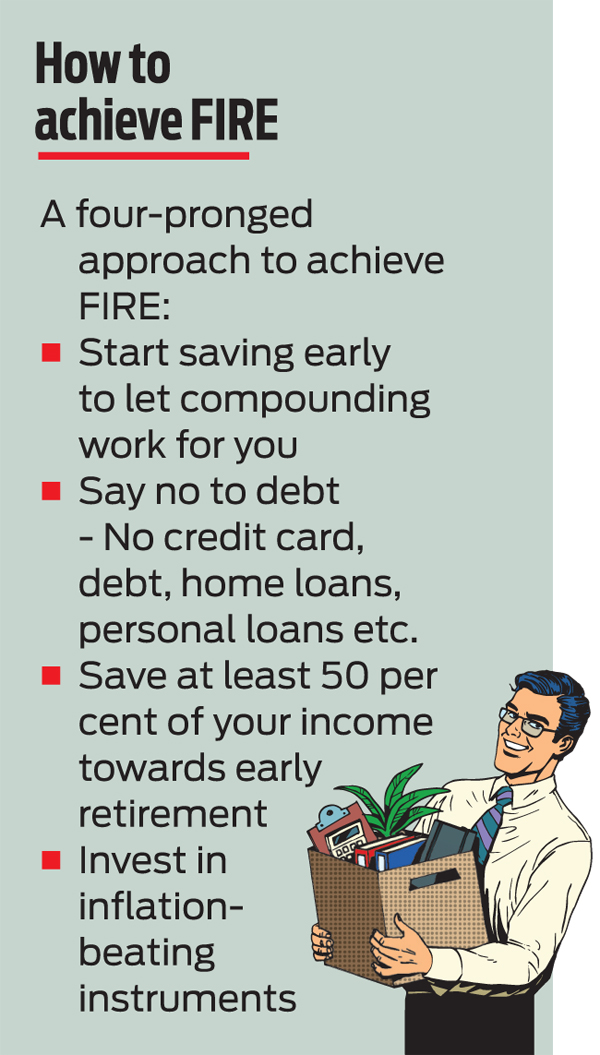 “Chances are that by the time one reaches a stage of financial independence, one may be already immune to societal pressures”, says Mukherjee.

Despite everything, retiring early still continues to be a far-fetched idea in India. According to the Global Retirement Index, published by French asset management company Natixis Global, in 2017 India was ranked last, among 43 countries. The study took into account factors like savings, wellbeing, and healthcare. But, some Indian millennials like Mukherjee and Pandit are still FIREd up and are working towards turning their dream into reality.

“There will be occasional periods of self-doubt. But then you will find yourself doing or creating something you enjoy and everything will be worth it”, says Piparaiya.

From Bank Loans to Bond Street