Filling In The Current Vacuum 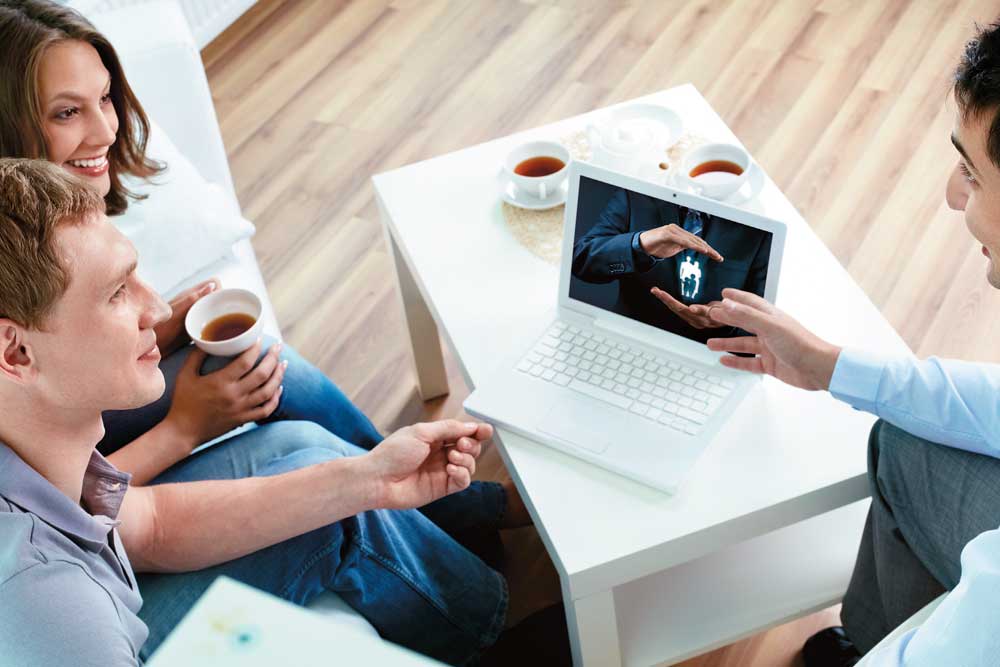 Over the last couple of years, there has been a lot of talk about term insurance. While the importance of life insurance cannot be stressed more, term insurance assumes a special significance as it offers a lump sum amount to the policyholder’s family in case of a mishap, most of these policies are of high value.

But for the money-conscious India, a term insurance always comes with a rider. While it promises a large lump sum in case of the policyholder’s demise, there is no reward or return in case he or she survives the term of the policy. In that case, the premium that a policy buyer pays through several years is lost. Madhu Burugupalli, Head of Products, ICICI Prudential Life Insurance Limited, stated, “Pure term insurance plans are protection products and offer a route to provide financial security to the family by making a lump sum payout upon demise of the policyholder.”

However, for most Indians, a return on investment is always top priority. And that is where a term insurance loses out, despite being popular and  has found many buyers over the last few years.

Looking at the Indian mindset, many companies have started a policy that provides return on investment or one that returns the premium that a person has paid at the end of the policy period in case the buyer survives.

Enter the Term insurance with Return of Premium or TROP policy which promises the virtues of both—a Term insurance policy and a money back policy. Burugupalli, said, “While, return of premium term plans also offer a lump sum on demise, they are not truly pure protection plans as they have an in-built savings component to ensure that the entire premium is returned to the customer on survival till the end of the policy tenure. Hence, the premium of return of premium term plans tend to be on the higher side.”

Many financial experts think that the TROP policies came up due to popular demand. Subhrajit Mukhopadhyay, Chief and Appointed Actuary, Edelweiss Tokio Life Insurance, pointed out, “TROP came up when many people outlived the policy tenure and did not get anything back from their policy. In TROP at least the premium paid comes back at maturity. In many countries, insurance companies promise that policy buyers would get at least something out of their policies. In TROP, you get the premium back and there is also a sum assured in case of death.”

In the last few years, TROP policies have started getting significant hits from people who want a large life cover, as well as a return on their investment. Even though the premium in TROP policies are significantly higher, a large number of people are now opting for it, which promises return and life cover rolled into one.

Samit Upadhyay, Chief Risk Officer and Head Product, Tata AIA Life, said, “Customers buy a life insurance policy because it essentially provides a financial safety net for the beneficiaries or families in the event of the policyholder’s demise. A term insurance plan is the most affordable form of life insurance cover. Many, however, feel that if they live beyond the policy term, it is money lost. That is the gap TROP plugs in. Unlike term plans, here premium is refunded if the life insured survives till the end of the policy term. For the incremental feature of refund of premium, the premiums charged for TROP plans are higher than a pure term  insurance plan.”

It is of course a fact that TROP premiums are, on an average, about 30-40 per cent higher than pure term plans and like all insurance policies, the premium gets higher as a person advances in age. Mohit Garg, Products Head, PNB MetLife, said, “In terms of premium, a TROP will always be more expensive, irrespective of the customer’s age. Generally speaking, for a 30 year duration, TROP will be nearly twice as expensive as a pure Term plan. So, it always depends upon the customer requirement, he can either choose to get the additional benefit of return of premium or can opt for a pure term plan at comparatively lesser cost.” 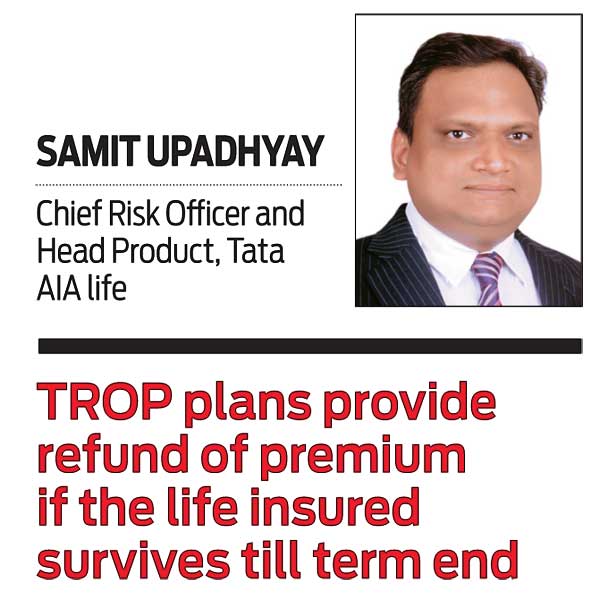 It is important to note that the ticket size in both term and TROP insurance is much higher than normal insurance policies and averages between Rs1 and 1.5 crore per policy. Dheeraj Sehgal, Chief Distribution Officer – Institutional, Bajaj Allianz Life Insurance, stated, “TROP is expensive as the principal is returned and there is also life cover. Customers who have an old LIC mindset of endowment products prefer to take TROP instead of pure term.” Looking at the popularity of TROP products, even though it is still slower in off-take than pure term, companies are now designing new products, which offer the virtues of both term and TROP. Bajaj Allianz for one, has introduced a return of mortality policy which is a unit linked product where a policy holder gets back units at maturity at an NAV on the day of maturity.

For obvious reasons, companies have been pushing term plans instead of TROP because there is no return of principal or premium on maturity of policy. Garg, said, “Both Term and TROP should be viewed purely as instruments to cover the risk of premature death of a breadwinner. These are not investment instruments and hence ROI should not be an evaluation criteria. And they do serve similar purpose, Term plans offer more sum assured than TROP for the same amount of premium and hence are more affordable.”

It of course helps the buyer that in both term and TROP one can avail of income tax benefits under section 80C as well as Section 10(10D).

Now, to make term plans more attractive for buyers, companies are bundling other benefits like health insurance plans with term plans, keeping in mind that a critical illness can wipe out a family’s savings. Some of these new plans offer cover for heart attack, cancer, Alzheimers and Parkinsons. These are making pure term plans more attractive. But it is a matter of time before which such benefits start coming with TROP as well as it gets more popular with the investing public.

A life term is essential but if a return of premium is built into it, even though at a higher price, it could be a big pull for policy buyers who are always looking for the best return on their money.